gender , Age &. Pension Savings New research for the Pension industry into communication biases Prepared by Behave London Contents Actions speak 4 Foreword louder than words 6 Executive Summary How people say they feel about risk does not necessarily match the language they respond to. Women and men 10 Action Plan talk differently about pensions but how do they react to different message types? Why is this important? Because 12 Research Methodology the right messaging may help everyone save more. 14 Research Findings WE ANALYSED 1,756,866. WORDS, AND SURVEYED. 1,255 MEN AND WOMEN. Here we show you how you can communicate more effectively with your scheme members using two simple techniques.

Foreword We embarked on this project with the aim of understanding how best we can communicate with scheme members. We wanted to find out whether the type

1 gender , Age &. Pension Savings New research for the Pension industry into communication biases Prepared by Behave London Contents Actions speak 4 Foreword louder than words 6 Executive Summary How people say they feel about risk does not necessarily match the language they respond to. Women and men 10 Action Plan talk differently about pensions but how do they react to different message types? Why is this important? Because 12 Research Methodology the right messaging may help everyone save more. 14 Research Findings WE ANALYSED 1,756,866. WORDS, AND SURVEYED. 1,255 MEN AND WOMEN. Here we show you how you can communicate more effectively with your scheme members using two simple techniques.

2 gender , Age and Pension Savings | State Street Global Advisors & The People's Pension 2 3. Foreword Darren Philp Nigel Aston Michelle Cracknell The People's Pension State Street Global Advisors The Pensions Advisory Service We embarked on this project with the aim of In terms of how we communicate, it's commonly believed This report is a really good catalyst for a change to more understanding how best we can communicate with that men are from Mars and women are from Venus. positive messaging on pensions. Many of our customers scheme members. We wanted to find out whether the type This research busts that myth; men and women may be do refer to their Pension with comments that may have and style of communication should be tailored specifically from the same planet after all - at least when it comes to been true 20 years ago, but are no longer true.

3 Pensions according to age and gender , and the degree to which the pensions. That's not the end of the story though and our are more flexible and can be tailored to suit personal positivity of communications could aid people in achieving research points to some interesting divergence in the way needs and products are more competitively priced better retirement outcomes. women talk about their own Savings and how they actually with more options for where money is invested. prefer to be communicated with by others. We believe Our results were somewhat surprising. While we found that this knowledge can be put to effective use by those Our helpline has calls from customers who are confused that people responded far more positively to Promotion- who care about improving retirement outcomes for all.

4 And often frustrated. By equipping customers with focused messaging, we didn't find significant differences the questions to ask of themselves or others, we see in age or gender . What came through strongly though As an asset manager, our major focus is to deliver an customers have a light bulb moment , which leads is that talking positively about pensions has the scope effective, well-governed and age-appropriate investment to them being motivated to take the next steps. to deliver most change. And while this won't solve solution for those in the default fund. Our glide paths the retirement Savings conundrum overnight, small evolve asset allocation over time in line with members' Undoubtedly, one of the barriers that customers have incremental improvements, could, as a whole have a changing needs for risk mitigation and return.

5 This for contacting us or for saving for their retirement greater impact. research suggests that a communications glide path is the complexity of the different rules applying to gender , Age and Pension Savings | is also needed to effectively engage members along pensions and the jargon, which is perfectly summed State Street Global Advisors & The People's Pension For far too long the pensions industry has focused on their retirement journey. The one-size-fits-all model up in this enquiry I am a little lost in the world of negative language when communicating. But the outcome must evolve into a more targeted approach which pensions and planning for my future.

6 I do not have of this research is clear: everyone prefers positive, delivers the right messaging at the right time. a clue where to start and find all the information on Promotion-focused messaging. project fear doesn't work the internet very confusing. With some guidance and when it comes to pensions! We hope you enjoy this report and get some practical tips positive messages, this customer was empowered to on helping members to feel more informed and confident save for his retirement. There are others like him! So the pensions industry (and dare I say it, the media) about their Pension , whatever their gender or age. has to put aside its negative messaging and promote the benefits of saving.

7 Only by doing this will we give people the best possible chance of achieving their aims for their retirement. 4 5. Executive THE THEORY UNDER-PINNING. THIS RESEARCH IS KNOWN AS . REGULATORY FOCUS THEORY.. summary As a nation we are under-saving for retirement. The new State We then set out to test if women would respond better to more negative Pension messages: if we Pension and the introduction of automatic enrolment both provide match the language they are using themselves, a good foundation on which people can develop Pension Savings , does it lead to them responding more? but it is widely believed that this will not be enough for many people.

8 The theory underpinning this research is known Something somewhere has to give if we are to solve the Savings crisis. in the behavioural science world as Regulatory Focus Theory . This states that people tend to view the world in two different modes, either: Developing the evidence Communication is a key component to helping people We wanted to test whether style, nature and overarching save for their retirement, and for too long this has been messaging were key influencing factors in getting an industry that has communicated in jargon. Recent a positive response. So The People's Pension , State work by the Association of British Insurers (ABI) has Street Global Advisors and The Pensions Advisory focused on developing a simpler pensions lexicon that Service (TPAS) joined forces with Behave London to should help cut out some of this.

9 This is a positive step, commission a piece of research to establish whether the but we believe that it's not just jargon that gets in the industry has an opportunity to better tailor and focus way of people making good decisions. In addition the its communications. In particular, we wanted to look at industry, as a whole, tends to use negative language whether messaging could be better tailored according to to describe pensions; is this the right approach? age and/or gender to resonate more with Pension savers. There is also a lack of trust in an industry that There are commonly held notions about the way historically has more often than not overpromised and that men and women differ when it comes to Prevention-focused OR Promotion-focused underdelivered.

10 While the industry has undoubtedly Savings and investments. For example, there are (where they act on the basis (where they act with the goal gender , Age and Pension Savings | taken steps in the right direction, there is a need to work assumptions that women take less risk, they are of avoiding their fears) of achieving a gain). State Street Global Advisors & The People's Pension hard to improve people's perceptions of pensions. more nervous about pensions and investments and they are less financially literate than men. We set out to test whether this was true. First we analysed million words typed into enquiry forms for The Pensions Advisory Service.

Annual report and financial statements for the year ended ... 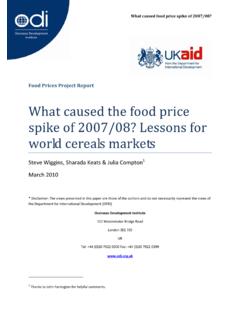