A brief questionnaire looks at how work is shared between male and female family members in the homes of the students (Resource 1). Give students time to fill in the

3 Give students time to fill in the questionnaire individually. Then discuss in the whole group what Roles and responsibilities Family members and students themselves have at home? Is there a difference between males and females in the household? How Gender differences vary between generations ( father-mother and son-daughter or brother-sister). Activity 2: Analysing Survey Results The results of the classroom survey are being compared with large scale data from the Northern Ireland Life and Times (NILT) survey (Resource 2). If possible, go online and visit the survey website: Search for the Gender and Family Roles ' module in the results section of the NILT survey website. How do the students' own families compare with the average Family in Northern Ireland? Session 2: Man's job woman's job: Gender stereotyping Activity 1: A Man's Job a Woman's Job? Students complete the provided worksheet (Resource 3) on traditional gendered jobs and occupations.

4 They then discuss the traditional perception of men's and women's jobs either in small groups or in the whole class. What characterises a man's job' and what identifies a woman's job'? Have Gender perceptions and stereotypes of jobs changed during the past decades? What has led to the changes? Activity 2: Summary Discussion The session is completed by a summary discussion about male and female Roles in society and how this has changed over time. What led to the changes? Were there particular activists? Do we now have Gender equality in Western societies? 3. ARK School Resource: Notes to Teachers Traditional Gender models Traditionally, the man was the main breadwinner of the Family whilst it was usually the woman's responsibility to look after the home. Looking after the home incorporated activities such as raising children, cleaning, cooking, looking after sick or elderly relatives.

5 Before compulsory schooling was introduced education and religious upbringing also largely fell into the responsibility of the female head of the Family , usually the mother. Market capitalism has brought about a radical change in Gender Roles . About 70% of women in working age are now in employment. This compares with around 80% of all working age men. Behind these statistics, traditional Gender Roles and inequalities have continued to exist: Women There are a range of structural inequalities for women. The main ones are: - Women are being paid less money than their male counterparts for the same jobs;. - Women are more likely to be in short-term or part time employment than men;. - Women are less likely to be in management positions (only 24% of managers in the UK are female, and in 2005 only one of the top 100. FTSE companies are headed by a female) or represent the public in parliaments.

6 - In the 2003 Northern Ireland assembly elections, 21 out of 108. elected candidates were women. This decreased to 15 women in 2007. Only 3 out of 18 Northern Ireland seats in House of Commons in Westminster were won by women in 2005 (Michelle Gildernew (SF), Sylvia Hermon (UU), Iris Robinson (DUP)). This increased to 4 in 2010. (Michelle Gildernew, Sylvia Hermon (now independent), Naoimi Long (Alliance) and Margaret Ritchi (SDLP)). More detailed information about the perception of women in the parliament can be found in the following publication: Women's Hour (by Yvonne Galligan and Lizanne Dowds). Men For men there are fewer structural inequalities. The most notable ones are: - Many men are not entitled to paternity leave;. - In case of divorce or separation custody over children is in most cases automatically awarded to the mother and some men do not have the right to see their children.

7 4. ARK School Resource: Other inequalities relate more to the traditional role of men, such as: - Boys receive less Relationship and Sexuality Education than girls;. - Counselling services and support networks dealing with men's issues are still largely unavailable. The fact that four out of five people who commit suicide in Ireland are men shows that such services are badly needed. For more information on emerging men's issues and stereotyping on men see the following short publications: Men in the Mirrror (by Steve Biddulph). Mystery Man? (by Paula Devine). Gender Division of Labour in the Home Gender Roles in the labour market have changed considerably, but perceptions about lives of men and women have been remarkably consistent in Northern Ireland: In the 2003 Northern Ireland Life and Times (NILT) survey: 36% of both women and men agreed that having a job is alright, but what women really want is a home and children.

8 43% agreed with the statement that being a housewife can be just as fulfilling as a paid job;. 44% agreed that the Family life would suffer if the mother was working full- time; and 46% agreed that a pre-school child would suffer if the mother worked. Men in Northern Ireland said they spent on average around 6 hours weekly on household work, compared to over 17 hours that women said they spent. Yet, 44%. of both men and women said they never disagreed about the sharing of household tasks and a further 28% said they disagreed only rarely. A brief Research Update on this topic titled: What Women Want? Women and Gender Roles in Northern Ireland (by Ann Marie Gray and Gillian Robinson) can be found at: 5. ARK School Resource: More useful information dealing with Gender issues and equality can be found at: The Equality Commission Northern Ireland The Woman and Equality Unit of the UK.

10 Every tick equals one point. Count up the total score for all females and males in the house. If males and females share a task evenly, give a half point to each females and males. Total Score Females: _____ Points Total Score Males: _____ Points Who scored more points, males or females? Are there typically male' and typically female tasks in the home? Do the members of the Family who do most work in the house also have a full-time job? 2. Gender and Family Roles : Classroom Resources ARK School Resource: Resource 2: Analysing Survey Results In the past, the Northern Ireland Life and Times (NILT)Survey has repeatedly looked at the issues of Gender and Family Roles in the home and in wider society. Visit the ARK website ( ) and find out how women and men in Northern Ireland compared with regards to the following questions: 1. Who mainly did the laundry? 2. Who mainly made small repairs around the house? 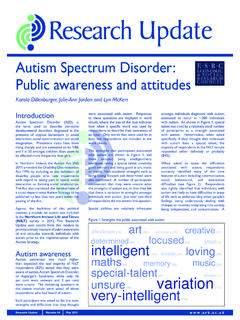 Roles and Responsibilities of Teachers and Teacher ...

December 2009 Message from the Presidents of BCTF and CUPE BC Dear Colleagues and Education Partners: We are very pleased and proud to introduce to you this joint position paper entitled Roles and Responsibilities of Teachers and Teacher Assistants/Education Assistants. 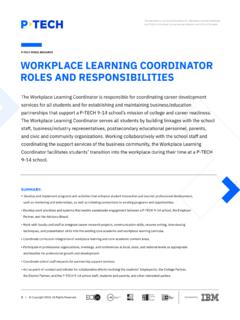 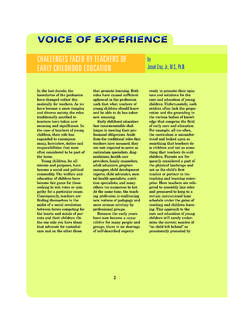 CHALLENGES FACED BY TEACHERS OF by EARLY …

by Josué Cruz, Jr., M.S., Ph.D. CHALLENGES FACED BY TEACHERS OF EARLY CHILDHOOD EDUCATION In the last decade, the boundaries of the profession have changed rather dra-

Principles of awareness-raising for information …