2 THE PASSION AND MIRACLES OF THE. BLESSED L FR 26. NOTES TO HISTORIA NORWEGIAE 75. NOTES TO passio BEATI OLAVI 101. NOTES TO MIRACULA BEATI OLAVI 109. INDEXES OF NAMES 123. MAPS OF NORWAY AND SWEDEN 128. BIBLIOGRAPHY AND ABBREVIATIONS 131. PREFACE. The introduction and notes to these translations of Historia Norwegiae and passio et miracula beati Olavi have been compiled with the needs of students primarily in mind and are designed to provide essential background information and to stimulate further reading of texts listed in the Bibliography. Complete consistency with regard to the treatment of personal names and place-names in the translations has proved neither pos- sible nor desirable. In GENERAL , the aim has been to use the forms most likely to be encountered when reading other texts from or about medieval Scandinavia. Almost all personal names are there- fore in their standard Old Norse forms; the exceptions include some Anglo-Saxons, a Russian, biblical names and a few unidenti ed individuals left in Latin.

3 Place-names in Scandinavia are also usually given in Old Norse where possible, with modern equiva- lents given in the index of place-names. With one or two excep- tions, non-Scandinavian place-names (and all countries) are in their usual English forms. The Bibliography includes details of the texts to which refer- ences are made in abbreviated form. Biblical references are to the Latin Vulgate translation, with parenthetical references to the Author- ised Version where this differs. ACKNOWLEDGEMENTS. Devra Kunin's translations were read by Peter Foote, Joan Turville-Petre and orbj rg Helgad ttir before I was invited to introduce and annotate them. Christine Butler and Sarah Newton (respectively Assistant Archivist and Librarian at Corpus Christi College, Oxford) kindly allowed me access to items in their care, including the manuscript of passio et miracula beati Olavi. I am pleased to record my thanks to friends and colleagues who have helped me during my work on these texts, especially Jeremy Brown, Si n Duke, Peter Foote, Sally Mapstone, Andrew Nash, Heather O'Donoghue, Morag Reavley, Gunnhild R the and Shaun Tougher.

4 I also owe a debt of gratitude to my parents for their support, and to Mr J. C. S. Scott, thanks to whom I was able to learn Latin at a school which did not normally offer the subject. Above all, I am deeply grateful to Anthony Faulkes and Richard Perkins, the GENERAL EDITORS of the Viking Society Text Series, whose invaluable scrutiny of my work has saved me from sundry errors and infelicities. Any that remain are entirely my own responsibility. Carl Phelpstead Cardiff Feast of St Oswald 2000. SUPPLEMENTARY NOTE (2008). Publication on the web has provided an opportunity to make a few corrections. In addition, it may be noted that the Dalhousie manuscript that includes Historia Norwegiae has now been acquired by the National Archives of Scot- land, Edinburgh (MS GD 45/31/1). An important new edition of the Latin text of Historia Norwegiae with facing English translation and extensive introduction and commentary is essential reading: Historia Norwegie, ed.

6 The purpose of this introduction is to eluci- date the literary-historical context of the texts and to provide the reader with some orientation in the exceptionally complex schol- arly debate which has surrounded them. Historia Norwegiae Historia Norwegiae 1 begins, after a brief Prologue, with a descrip- tion of Norway and Greenland, a discussion of Lappish customs and descriptions of Orkney and the Hebrides, the Faroes, and Iceland. The rest of the surviving text provides an account of Norwegian history from the legendary beginnings of the Ynglingar dynasty to the return to Norway from England of the future king and martyr, l fr Haraldsson, in AD 1015. Markedly disproportion- ate attention is given in this history to Norway's two missionary kings, l fr Tryggvason and l fr Haraldsson. The state of our knowledge about the origins of Historia Norwegiae may be summed up in words from a recent article by Inger Ekrem (1998b, 65): The medieval text Historia Norwegie has been subjected to thorough and frequent scrutiny since its rst publication in 1850.

7 Nevertheless it remains to be established when, why, where, for whom and by whom it was written. The only surviving manuscript of Historia Norwegiae (in which it is entitled Ystoria Norwegie) is in the private possession of the Earl of Dalhousie at Brechin Castle in Scotland and is consequently known as the Dalhousie manuscript (it is also occasionally referred to as the Panmure Codex, from the former name of the Dalhousie family). This paper manuscript, now comprising 35 leaves, contains 1 Various spellings of the title of this work will be encountered in the scholarship devoted to it. x HISTORY OF NORWAY. eight historical texts, seven in Latin and one in Scots English, the rst three about Norway and the Norse earldom of Orkney and the other ve about Scottish history (Michael Chesnutt, the latest scholar to have access to the manuscript, provides a full descrip- tion and study of it (1985)). Historia Norwegiae, which is the rst item in the manuscript (fols 1r 12r), was rst edited by Munch under the title Breve Chronicon Norvegi (1850, 1 18).

8 The trans- lation in this volume has been made from the later edition by Gustav Storm, who provides both a critical and a diplomatic text (1880, 69 124, 203 24).2. Chesnutt has disproved Munch's theory that the manuscript may have been commissioned by the last earl of Orkney, William Sinclair (earl 1434 70), but there does seem to be a link between the Sinclair family and the three texts in the manuscript concerning Norway and Orkney. Moreover, a lost copy of Historia Norwegiae is known to have existed in Kirkwall, Orkney, in the rst half of the fteenth century, when it was used by the compiler of a genealogy of the earls of Orkney which follows Historia Norwegiae in the Dalhousie manuscript, but which is based on a text of that work slightly different from the one which survives (Chesnutt 1985, 67 . 68; cf. Storm 1880, xvii and Crawford 1977, 174 76). The spelling of Norse names and the orthography of the Scots text indicate that the Dalhousie scribe was a native speaker of Scots (Chesnutt 1985, 69).

9 The manuscript was dated to between 1443 and 1460 by earlier scholars including Storm (1880, xvii), but Chesnutt dates it to 10 (1985, especially pp. 76, 88). He shows that the scribe is to be identi ed with the scribe of the Haye manuscript from Roslin (Edinburgh, National Library of Scotland MS 209). who was also responsible for the rst part of Oxford, Bodleian Library, MS Arch. Selden B. 24 (one of the most important Scots literary manuscripts, containing among other treasures the only surviving copy of the Kingis Quair). The Selden manuscript was written for the Sinclair family and belonged to a grandson of William Sinclair, while the Haye manuscript was owned by the 2 The preparation of a new collaborative edition of Latin texts from medieval Norway, including both Historia Norwegiae and the passio et miracula beati Olavi, is now under way (see Norwegian Medieval Latin Literature' 1997). INTRODUCTION xi Roslin lairds who were also descendants of William Sinclair.

10 We can therefore attribute these three manuscripts, Selden, Haye, and Dalhousie, to a scribe employed by the senior branch of the Sinclair family during the reign of James IV of Scotland (Chesnutt 1985, 84 88).3. Although the surviving manuscript was copied 10, the date of composition of Historia Norwegiae is certainly earlier. Four fourteenth-century lists of Swedish kings that extend down to the year 1333 seem to borrow from a text of Historia Norwegiae, which must therefore have been written before (Storm 1880, xviii xix, with a diplomatic edition of these lists on pp. 225 . 28; see also Steinnes 1946 48, 7 17). As explained below in the notes to the text, the account of islands which pay tribute to Norway suggests a latest possible date of 1266, since after the Peace of Perth agreed in that year Norway recognised the sover- eignty of the Scottish king over the Hebrides. There remains, however, considerable disagreement about how much earlier than that Historia Norwegiae was written. 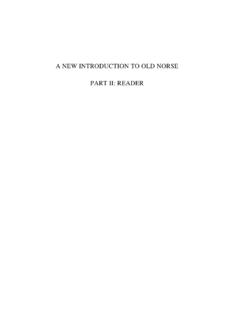 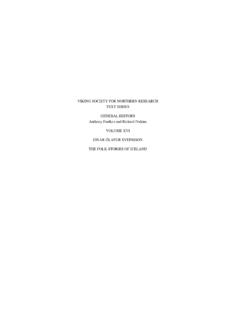 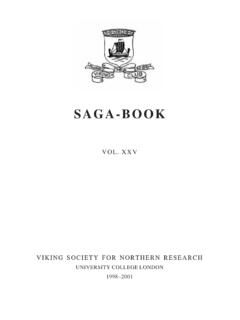 contents articles and notes patterns of settlement in iceland: a s tudy in prehistory.orri vésteinsson ..... 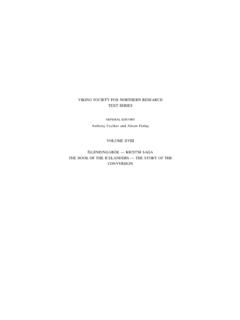 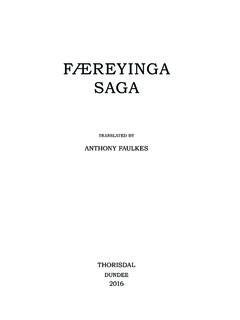 FÆREYINGA SAGA THE STORY OF THE FAROE ISLANDERS CHAPTER ONE THERE IS A MAN named Grímr kamban (the Lame).He was the first person … 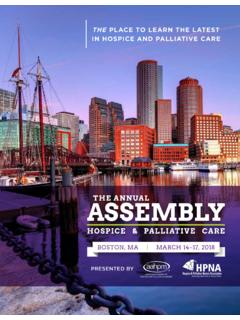 boston, ma | march 14–17, 2018 the annualassembly hospice & palliative care presented by the place to learn the latest in hospice and palliative care