General Specification for Civil Engineering Works (GS), 2006 Edition Volume 2 of 2 content of this electronic file is inconsistent with the

3 Visit the online Government Bookstore at Download the order form from the Information Services Department website at and submit the order direct online or by fax to the Information Services Department at 2523 7195 By e-mail at GS (2006 Edition) 3 FOREWORD The General Specification for Civil Engineering Works lays down the quality of materials, the standards of workmanship, the testing methods and the acceptance criteria for Civil Engineering Works undertaken for the Government of the Hong Kong Special Administrative Region. Where necessary, this General Specification should be supplemented by a particular Specification . The 2006 Edition of the General Specification comprises considerable greening of the Eighth Reprint of the 1992 Edition (October 2002) according to the current green practices of the construction industry.

4 The text relating to "green measures" is printed in green colour in this Edition with a view to making it easier for reader's reference. It was produced over a 15-month period from March 2005 under the guidance of a Steering Committee comprising members from the main Government departments involved in Civil Engineering Works . The greening of each section was undertaken by a Works department with the appropriate expertise. The Standards Unit of Civil Engineering and Development Department (CEDD) was responsible for the overall co-ordination of comments received from departmental circulation, editing and production of the document. Amd 1/2007 Sustainability is the prime objective of the 2006 Edition. Two new sections, viz.

5 Environmental Protection (Section 25) and Preservation and Protection of Trees (Section 26) have been created. The original Section 22 for Railways Works has been deleted, as construction of railways is no more the responsibility of Works departments. The 2006 Edition comprises 26 sections and is posted on the CEDD Homepage on the Internet. The General Specification will be updated continuously. The electronic files of the sections affected by any amendment issued will be kept up-to-date on the CEDD Homepage. September 2006 GS (2006 Edition) 4 General Specification FOR Civil Engineering Works CONTENTS VOLUME 1 SECTION 1 General 2 SITE CLEARANCE 3 LANDSCAPE SOFTWORKS AND ESTABLISHMENT Works 4 FENCING 5 DRAINAGE Works 6 EARTHWORKS 7 GEOTECHNICAL Works 8 PILING Works 9 CARRIAGEWAYS.

STANDARD METHOD OF MEASUREMENT FOR CIVIL …

standard method of measurement for civil engineering works 1992 edition corrigendum no. 1/2007 part i

2006 Edition 5 CONTENT OF VOLUME 1 SECTION 1 GENERAL Page No. INTERPRETATION OF DOCUMENTS 1.01 Application of the General Specification for Civil Engineering Works .....

THE GOVERNMENT OF THE HONG KONG SPECIAL …

The Government of The Hong Kong . Special Administrative Region . Drafting Specifications . for Engineering Survey (to be used in conjunction with CAD

The Geotechnical Engineering Office published in 1996 a reference document (GEO Publication No. 1/96) on pile design and construction with a Hong Kong perspective.

FORMWORK ECONOMY In order to reduce the cost of formwork for concrete structures the following are to be considered: 1. Design the formwork to provide adequate but 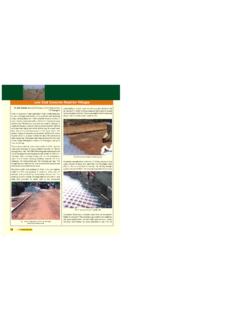 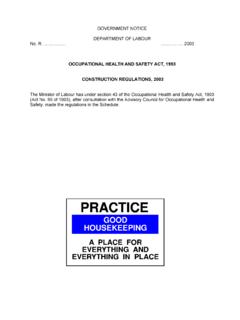 This document has been approved for use by agen-cies of the Department of Defense and for listing in 306.1-90 the DoD Index of Specifications and Standards.