Glossary of commonly used speech Therapy/ language terms (Adapted from Terminology of Communication Disorders, 4th Edition by Lucille Nicolosi, Elizabeth Harryman and Janet Kresheck) Ankyloglossia limited movement of the tongue due to abnormal shortness of the lingual frenum; commonly referred to as tongue-tie. Apraxia a disorder of articulation characterized by impaired capacity to program the position of speech musculature and the sequencing of muscle movements for the production of speech . Also referred to as dyspraxia. Article noun modifier that denotes specificity; a, an, the. Articulation the way phonemes are formed in speech . Articulation disorder incorrect production of speech sounds due to faulty placement, timing, direction, pressure, speed or integration of the movement of the lips, tongue, velum (soft palate). Articulators organs of the speech mechanism which produce meaningful sound ( , lips, lower jaw, velum, tongue and pharynx).

1 Glossary of commonly used speech Therapy/ language terms (Adapted from Terminology of Communication Disorders, 4th Edition by Lucille Nicolosi, Elizabeth Harryman and Janet Kresheck) Ankyloglossia limited movement of the tongue due to abnormal shortness of the lingual frenum; commonly referred to as tongue-tie. Apraxia a disorder of articulation characterized by impaired capacity to program the position of speech musculature and the sequencing of muscle movements for the production of speech . Also referred to as dyspraxia. Article noun modifier that denotes specificity; a, an, the. Articulation the way phonemes are formed in speech . Articulation disorder incorrect production of speech sounds due to faulty placement, timing, direction, pressure, speed or integration of the movement of the lips, tongue, velum (soft palate). Articulators organs of the speech mechanism which produce meaningful sound ( , lips, lower jaw, velum, tongue and pharynx).

2 Audition the sense or act of hearing. Auditory processing the ability to fully utilize what is heard. Auditory processing disorder impaired ability to attend, discriminate, recognize or comprehend auditory information even though hearing and intelligence are within normal limits. Augmentative and alternative communication (AAC) any approach designed to support, enhance or supplement the communication of individuals who are not independent verbal communicators. Babbling verbal conduct of infants during the second half of the first year of life. Barium swallow study the use of videofluoroscopy to evaluate the pharyngeal swallow. Bilabial pertaining to the two lips. Bilingual ability to utilize two languages with equal facility. Bite the forcible closure of the lower teeth against the upper teeth; to seize or grasp with the teeth. Mature the teeth close easily on the food, biting through it gradually.

3 Phasic a rhythmical bite and release pattern seen as a series of jaw openings and closings occurring when the gums or teeth are stimulated. Present at birth and continues until 3 to 5 months of age in the typical infant. Tonic a forceful or tense biting pattern that interferes with all aspects of feeding. Block in stuttering, the stoppage or obstruction at one or several locations larynx, lips, tongue, experienced by the stutterer when trying to talk which temporarily prevents smooth sound production. Bolus the rounded mass of food prepared by the mouth for swallowing (after chewing). Carryover in speech , the habitual use of newly learned speech or language techniques in everyday situations (outside of therapy). Cause-Effect performing one behavior in order to achieve a further objective, hitting a switch to activate a toy. Cueing a function to assist or obtain a desired response, giving the command Sit in the chair while pointing to the chair.

4 Deglutition the act of swallowing. Dentition natural teeth, considered collectively, in the dental arch. Dental arch curved structure formed by the teeth in their normal position. Deviation in statistics, the amount by which a measure differs from a point of reference, generally from the mean. Diadochokinesis in speech , the ability to execute rapid repetitive movements of the articulators. Diadochokinetic rate the speed with which one can perform contrasting (or repetitive) movements, as in saying the following syllables: puh-tuh-kuh. Dysarthria term for a collection of motor speech disorders due to impairment originating in the central or peripheral nervous system. Respiration, articulation, phonation, resonation, and/or prosody may be affected. Dysfluency any type of speech which is marked with repetitions, prolongations and hesitations; an interruption in the flow of speech sounds.

6 Frenulum a small frenum. Frenum small cord of tissue extending from the floor of the mouth to the midline of the inferior surface of the tongue blade; important in speech because if too short it may restrict the elevation and extension of the tongue. Hypertonic denoting excessive tone or tension, as of a muscle. Hypotonic denoting a decrease or absence of tone or tension, as of a muscle. Idiosyncratic used to describe a structural or behavioral characteristic peculiar to an individual. Intelligibility degree of clarity with which one s utterances are understood by the average listener. Intensity force or stress with which a sound is produced by a speaker, and the attribute of loudness of the sound to the listener. Jargon verbal behavior of children, beginning at about 9 months and ceasing at about 18 months, which contains a variety of syllables that are inflected in a manner approximating meaningful connected speech .

7 Jaw grading the ability to vary the extent of jaw depression in small amounts that are appropriate for biting foods of different thicknesses. Jaw stabilization active, internal jaw control with minimal up/down jaw movements especially significant in cup drinking; initially obtained by biting on the cup rim at about 13 to 15 months of age; gradually develops using active jaw musculature by 24 months of age. Labeling naming, identifying. Labial pertaining to the lips. Labialization lip rounding; pursing or protrusion of the lips. Labiodental relating to the lips and teeth. language any accepted, structured, symbolic system for interpersonal communication composed of sounds arranged in ordered sequence to form words, with rules for combining these words into sequences or strings that express thoughts, intentions, experiences, and feelings; comprised of phonological, morphological, syntactical, semantic and pragmatic components.

8 Delayed failure to comprehend and/or produce language at the expected age. Expressive ability to communicate via the spoken or printed word. Prelinguistic behaviors that are thought to precede the acquisition of true language ; , crying, cooing, babbling, echolalia. Receptive words one understands. language disorder any difficulty with the production or reception of linguistic units, which may range from total absence of speech to minor variance with syntax; , reduced vocabulary, restricted verbal formulations, omission of articles, prepositions, tense and plural markers. language sample systematic collection and analysis of an individual s utterances used as part of a regular speech and language evaluation. Linguadental pertaining to the tongue and teeth. Lingual pertaining to the tongue. Lisp defective production of one or more of the six sibilant consonants /s/, /z/, / /, / /, / /, and /d /, usually caused by improper tongue placement or by abnormalities of the articulatory mechanism.

9 Types of lisps include dental, frontal and lateral. Localization ability to identify the location of a sound source exclusively with auditory information. Mean length of utterance (MLU) average length of oral expressions as measured by a representative sampling of oral language ; usually obtained by counting the number of morphemes per utterance and dividing by the number of utterances. Morpheme smallest meaningful unit of language . Morphology study of how morphemes are put together to form words; indicates how words are formed and provides a bridge between phonology and syntax. Munching the earliest form of chewing. Myringotomy surgical incision into the tympanic membrane to allow drainage of fluid from the middle ear. Nasal emission airflow through the nose, usually audible and indicative of an incomplete seal between the nasal and oral cavities; typical of cleft palate speech .

10 Nasality general symptom classification that includes all voices that acoustically have an excessive nasal component. Negation denial or refusal that may be noted in syntax or semantics; , no, not. Object permanence awareness that an object is relatively permanent and is not destroyed if removed from sight. Occlusion relationship between the various surfaces of the upper and lower teeth. Oral cavity in speech , the mouth. Oral peripheral examination inspection of the mouth to determine its structural and functional adequacy for speech and chewing/swallowing. Also known as an Oral motor examination. Palate roof of the mouth, includes the anterior portion (hard palate) and the posterior portion (soft palate or velum). Perseveration tendency to continue an activity, motor or mental, once it has been started and to be unable to modify or stop the activity even though it has become inappropriate. 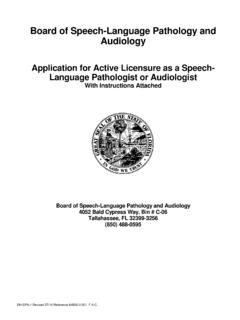 Board of Speech-Language Pathology and Audiology

Language, Board, Speech, Audiology, Pathology, Board of speech language pathology and audiology 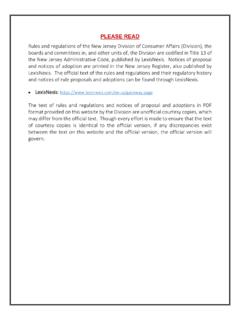 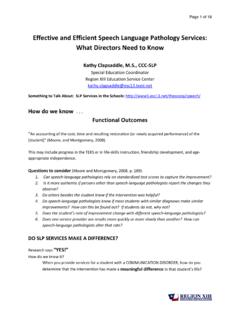 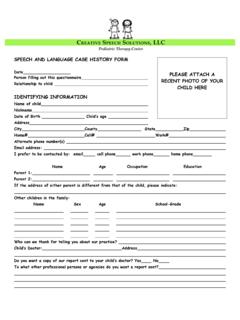 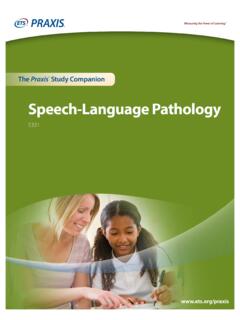