Guide to Puerto Rican Records in the National ... - Archives

6 These Records span 28 different record groups and comprise a total of over 2,750 cubic feet, including six microfilm publications. The majority of documents are in English, however some record groups contain a significant portion of material in Spanish. Furthermore, due to a mistranslation in the Treaty of Paris, the island was commonly referred to as Porto Rico in documents until this practice was formally changed by an act of Congress in 1932. Links are provided to the relevant Archival Research Catalogue (ARC) entry, when available.

7 Following rising tensions between the United States and Spain centered on an ongoing Cuban revolt against Spanish rule, the declared war against Spain on April 25, 1898. Three months later the warship Gloucester entered the harbor of Gu nica in southwest Puerto Rico and began landing troops. On July 28, 1898, American troops occupied the city of Ponce, and after 19 days of fighting in Puerto Rico, hostilities were halted on August 12, 1898 following agreement to a peace protocol between the two nations. The city of San Juan was turned over to American military authorities on October 18, 1898.

8 And that day General John R. Brooke cabled President McKinley informing him that the occupation of the island was complete. However, it was not until December that the Treaty of Paris was signed formally ending the war. Under the terms of Article IX of the Treaty of Paris, Congress would determine the civil rights and political status of the people of Puerto Rico. Thus began the Federal government's involvement in the lives of the Puerto Rican people. On April 12, 1900, the first Organic Act, commonly known as the Foraker Act, entered into force establishing the parameters of a civilian government and the general Federal relationship with the island's inhabitants.

9 A series of Supreme Court decisions the following year, collectively referred to as the Insular Cases, established that the policy of non-incorporation was constitutional and that full constitutional rights did not automatically extend to all areas under American control. The relationship of the Federal government to Puerto Rico was further refined by the terms of the 1917 Organic Act, also know as the Jones Act, and ultimately by the terms of Public Law 600 in 1950 which lead to the adoption of the Puerto Rican Constitution and establishment of the current Commonwealth relationship.

10 The Records held by the National Archives in New York City related to Puerto Rico span the full spectrum of government activities: from census rolls to court cases, from military installations to economic development projects. The materials document the history of the Federal government's often complicated relationship with Puerto Rico and reveal its reach within the Puerto Rican community on the island. By documenting Federal activities over the course of Puerto Rican history for more than a hundred years, these materials provide important insight into the collective understanding of both Puerto Rican society and the larger American experience. 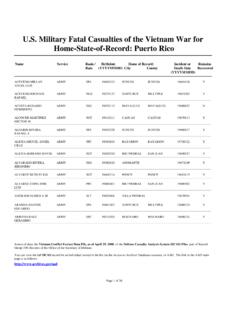 U.S. Military Fatal Casualties of the Vietnam War for Home ... 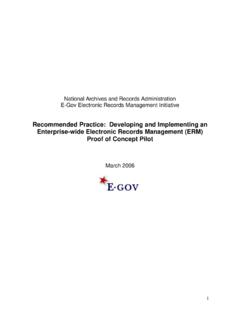 Guidance for Planning an Enterprise-wide …

systems, agencies must adhere to OMB policies and guidance when planning for and ... and formats, providing training for new agency staff (and staff with new 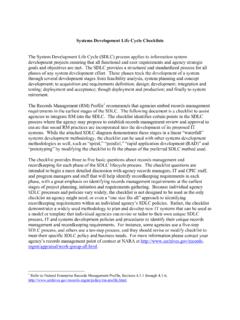 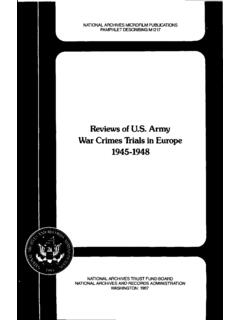 WAR CRIMES TRIALS IN EUROPE 1945-1948 On the five rolls of this microfilm publication are repro-duced the reviews and recommendations pertaining to the 489 war crimes cases tried by U.S. Army courts and commissions between April 1945 and July 1948. The records filmed are part of Record National Archives and Records Administration ... Sailors in the United States Navy, ... Muster-Pay rolls generally include name, rate or rank, and what the sailor was paid for that cruise. ___T829, Miscellaneous Records of the Office of Naval Records and Library. 461 rolls. 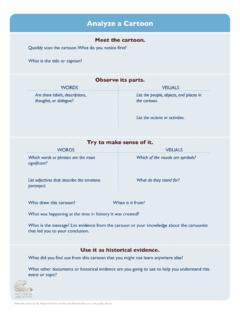 Materials created by the ational Archives and Records Administration are in the public domain. Analyze a Cartoon Meet the cartoon. Quickly scan the cartoon. 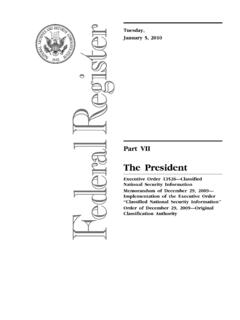 This order prescribes a uniform system for classifying, safeguarding, and declassifying national security information, including information relating to defense against transnational terrorism. Our democratic principles require that the American people be informed of the activities of their Government. 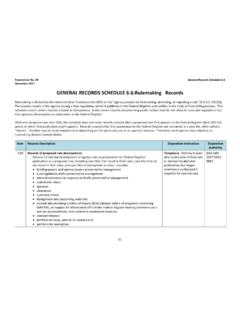 Rulemaking is defined by the Administrative Procedure Act (APA) as the “agency process for formulating, amending, or repealing a rule” (5 U.S.C. 551(5)). This process results in the agency issuing a final regulation, which it publishes in the 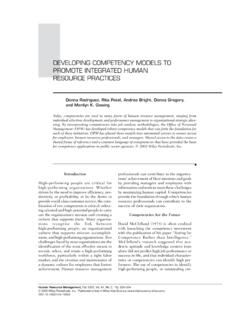 By incorporating competencies into job analysis methodologies, the Office of Personnel Management (OPM) has developed robust competency models that can form the foundation for … 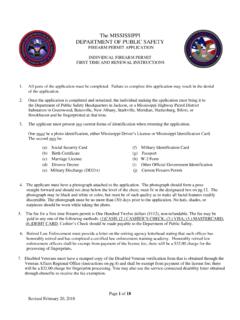 Allows retired military from any branch or component to obtain the enhanced carry permit. Will present retired military ID or official documentation. Please include a copy with the application. If the 8hr safety course has not been taken, the Military/Retired Law Enforcement affidavit must be … 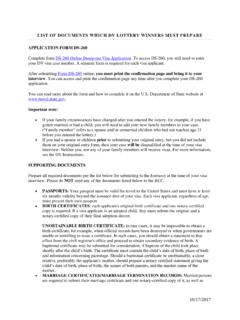 Oct 17, 2017 · and information concerning parentage. Should a baptismal certificate be unobtainable, a close relative, preferably the applicant's mother, should prepare a notary certified statement giving the ... A certified copy of any military service record, if applicable and obtainable, is required. Information about obtaining military records from ...

Department of the Treasury - Internal Revenue Service. Identity Theft Affidavit. OMB Number 1545-2139 This affidavit is for victims of identity theft. Do not use this form if you have already filed a Form 14039. The IRS process for assisting victims selecting . Section B, Box 1. below is explained at irs.gov/victimassistance. 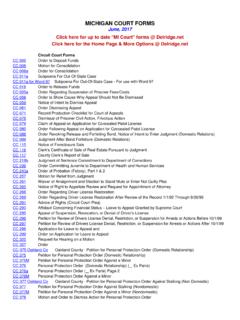 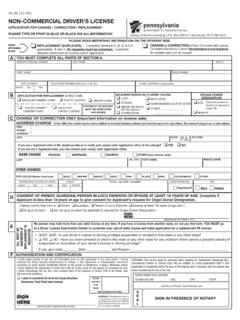 concerning my Social Security Identiﬁcation Number for the purpose of identiﬁcation. If using a Messenger Service, I hereby authorize the Department to furnish them with my driving record for the purpose of processing this form. I hereby acknowledge this day that I have received notice of the provisions of Section 3709 of the Vehicle Code. 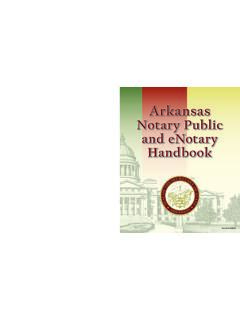 Scan the QR code with your smartphone app for ... - Arkansas 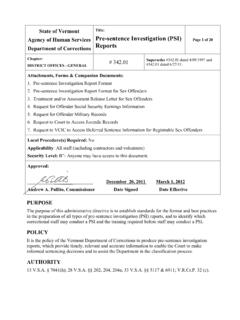 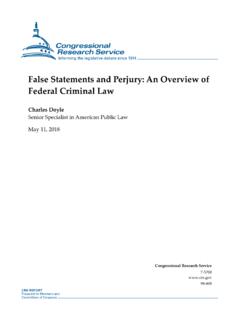 False Statements and Perjury: An Overview of Federal ...

May 11, 2018 · False Statements and Perjury: An Overview of Federal Criminal Law Congressional Research Service 2 procurement,9 as well as to “any investigations and reviews, conducted pursuant to the authority of any committee, subcommittee, commission, or office of the Congress consistent with 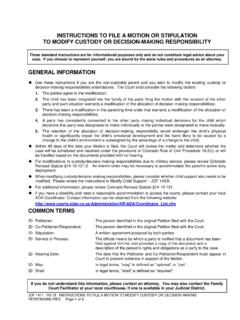 INSTRUCTIONS TO FILE A MOTION OR STIPULATION TO …

JDF 1411 R3-18 INSTRUCTIONS TO FILE A MOTION TO MODIFY CUSTODY OR DECISION-MAKING RESPONSIBILITIES Page 3 of 4 Step 1: Complete Forms. Verified Motion/Stipulation to Modify Parental Responsibilities (JDF 1415): Please complete all sections of this form. Describe what arrangements you are requesting to change and why such changes are in the best-