J. GUIDELINES FOR SCUBA DIVER'S PHYSICAL examination . Instructions to the Physician: Recreational SCUBA (self contained underwater breathing apparatus) diving has an excellent safety record. To maintain this status it is important to screen divers for PHYSICAL deficiencies that could place them in peril in the underwater environment. The list of conditions are given to assist you in detecting conditions that put a diver at increased risk for decompression sickness (also known as: pulmonary overin- flation syndrome) with subsequent cerebral gas embolization and loss of consciousness that could lead to drowning. Additionally, the diver must be able to withstand some degree of cold stress, cope with the optical effects of water, and have a reserve of PHYSICAL and mental abil- ities to deal with possible emergencies.

1 J. GUIDELINES FOR SCUBA DIVER'S PHYSICAL examination . Instructions to the Physician: Recreational SCUBA (self contained underwater breathing apparatus) diving has an excellent safety record. To maintain this status it is important to screen divers for PHYSICAL deficiencies that could place them in peril in the underwater environment. The list of conditions are given to assist you in detecting conditions that put a diver at increased risk for decompression sickness (also known as: pulmonary overin- flation syndrome) with subsequent cerebral gas embolization and loss of consciousness that could lead to drowning. Additionally, the diver must be able to withstand some degree of cold stress, cope with the optical effects of water, and have a reserve of PHYSICAL and mental abil- ities to deal with possible emergencies.

2 The history, review of systems, and PHYSICAL examination should include, at a minimum, the points listed below. The list of contraindica- tions, relative and absolute, is not all inclusive. It contains the most commonly encountered medical problems only. Diagnostic studies and specialty consultations should be obtained as indicated to satisfy the physician as to the DIVER'S status. Physicians at the Divers Alert Net- work (DAN), based in the US, are available for consultation by phone +1(919) 684-2948 during normal business hours. Some conditions are absolute contraindications to SCUBA diving. Conditions that are absolute contraindications place the diver at increased risk for injury or death. Others are relative contraindications to SCUBA that may be resolved with time and proper medical intervention.

3 Ultimately the physician should decide with the individual, based on his knowledge of the patient's medical status, whether the individual is physically qualified to participate in SCUBA diving. CARDIOVASCULAR SYSTEMS. Relative Contraindications: The diagnoses listed below potentially render the diver unable to meet the exertional performance requirements likely to be encountered in recreational diving. The diagnoses listed may lead the diver to experience cardiac ischemia and its conse- quences. Formalized stress testing is encouraged if there is any doubt regarding PHYSICAL performance capability. The suggested minimum criteria for stress testing in such cases is 13 Metabolic Equivalent Units (METS). Failure to meet the exercise criteria is disqualifying. Con- ditioning and retesting may make later qualification possible.

4 History of Coronary Artery Bipass Graft (CABG) or Percutaneous Transluminal Coronary Angioplasty (PCTA) for Coronary Artery Disease (CAD). History of myocardial infarction Hypertension History of dysrythmias requiring medication for suppression Valvular regurgitation Asymptomatic mitral valve prolapse Pacemakers: The pathologic process that necessitated pacing should be addressed regarding the fitness to dive. Finally, in those instances where the problem necessitating pacing does not preclude diving, will the diver be able to meet the performance criteria? Note: Pacemakers must be certified by the manufacturer as able to withstand the pressure changes involved in recre- ational diving (to depths of 130 feet of sea water). Absolute Contraindications: Venous gas emboli produced during decompression may cross intracardiac shunts and enter the cerebral circu- lation with potentially catastrophic results.

5 Asymetric septal hypertrophy and valvular stenosis may lead to the sudden onset of unconscious- ness during exercise. Congestive heart failure PULMONARY. Any process or lesion that impedes air flow from the lung places the diver at risk for pulmonary overinflation with alveolar rupture and the possibility of cerebral air embolization. Asthma (reactive airway disease), Chronic Obstructive Pulmonary Disease (COPD) cystic or cavitat- ing lung diseases all may lead to air trapping. Spirometery, provocative tests such as methacholine challenge and other studies to detect air trapping should be carried out to establish to the examining physician's satisfaction that the diver is not at risk. A pneumothorax that occurs or recurs while diving is catastrophic. As the diver ascends, air trapped in the cavity expands rapidly producing a tension pneumothorax.

7 Divers with spinal cord or brain abnormalities where perfusion is impaired are at increased risk of spinal cord or cerebral decompression sickness. History of seizures other than childhood febrile seizures Intracranial tumor or aneurysm History of Transient Ischemic Attack (TIA) or Cerebral Vascular Accident (CVA). History of spinal cord injury, disease, or surgery with residual sequelae History of Type II (serious and/or central nervous system) decompression sickness with permanent neurologic deficits OTOLARYNGOLOGICAL. Equalization of pressure must take place during ascent and descent between ambient water pressure and the external auditory canal, middle ear, and paranasal sinuses. Failure of this to occur results at least in pain and in the worst case rupture of the occluded space with disabling and possible lethal consequences.

8 The inner ear is fluid filled and therefore noncompressible. The flexible interfaces between the middle and inner ear, the round and oval win- dows, are however subject to pressure changes. Previously ruptured but healed round or oval window membranes are at increased risk of rup- ture due to failure to equalize pressure or due to marked overpressurization during vigorous or explosive Valsalva maneuvers. The larynx and pharynx must be free of an obstruction to airflow. The laryngeal and epiglotic structure must function normally to prevent aspi- ration. Mandibular and maxillary function must be capable of allowing the patient to hold a SCUBA mouth piece. Individuals who have had mid-face fractures may be prone to barotrauma and rupture of the air filled cavities involved. 2. Relative Contraindications: Recurrent otitis externa Significant conductive or sensorineural hearing impairment Significant obstruction of external auditory canal Facial nerve paralysis not associated with barotrauma History of significant cold injury to pinna Full prosthedontic devices Eustachian tube dysfunction History of mid-face fracture Recurrent otitis media or sinusitis Unhealed oral surgery sites History of Tympanic Membrane (TM) perforation History of head and/or neck therapeutic radiation History of tympanoplasty History of temperomandibular joint dysfunction History of mastoidectomy Absolute Contraindications.

10 Gas trapped in a hollow viscous expands as the diver surfaces and can lead to rupture or in the case of the upper GI tract, emesis. Emesis underwater may lead to drowning. High grade gastric outlet obstruction Chronic or recurrent small bowel obstruction Entrocutaneous fistulae that do not drain freely Esophageal diverticula Severe gastroesophageal reflux Achalasia Unrepaired hernias of the abdominal wall potentially containing bowel METABOLIC AND ENDOCRINOLOGICAL. Relative Contraindications: With the exception of diabetes mellitus, states of altered hormonal or metabolic function should be assessed according to their impact on the individual's ability to tolerate the moderate exercise requirement and environmental stress of sport diving. Generally divers with altered hormonal status should be in as near an optimal physiologic state as is possible. 4 CLIMATE CHANGE, HUCKLEBERRIES, AND GRIZZLY BEARS IN MONTANA 2017 THE STORY Huckleberries are an important food resource for grizzly bears, comprising about 15 percent of their diet in Glacier National 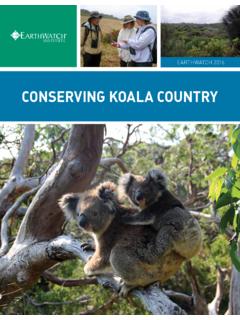 Koalas face numerous and diverse threats across their range, which makes managing the species a real challenge. In many areas, koala populations are declining but in the Otways, they are at high Spinal changes that have significant impact in …

Change, Have, That, Impact, Significant, Spinal, Spinal changes that have significant impact 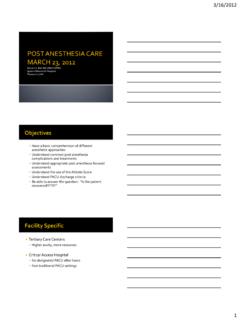 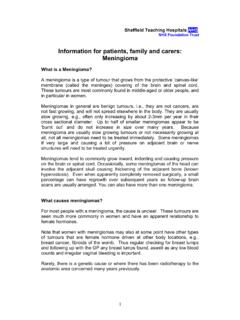 Information for patients, family and carers: …

What symptoms may occur? Symptoms are caused by compression of the adjacent brain. The brain tends to accommodate this compression over time and thus you may have … Impact of the Clinical Nurse Specialist Role on the …

In the 2014 Final Rule for Physicians, CMS finalized this proposal, although no specific commentary was included in the CMS Final Rule about this change. The Use of Transcutaneous Electrical Nerve …

The Use of Transcutaneous Electrical Nerve Stimulation for the Treatment of Painful Diabetic Neuropathy Kenneth Snow, MD, MBA