2 Applications for such permission, with a statement of the purpose and extent of the reproduction, should be addressed to the Director, Publications Division, Food and Agriculture Organization of the United Nations, Viale delle Terme di Caracalla, 00100 Rome, Italy. FAO 1995. FOREWORD. Gums, resins and latexes are employed in a wide range of food and pharmaceutical products and in several other technical applications. They form an important group of non-wood forest products (NWFPs) and are the basis of a multi-billion dollar industry. These products, particularly gums, enter into world trade in a significant way and this is indicative of the potential of NWFPs for value addition at various stages from harvesting of raw materials to the end-uses. This publication deals with important gums, resins and latexes following a standard format, covering description and uses, world supply and demand levels, plant sources, collection and primary processing, value-added processing, other uses and developmental potential.

3 This document was prepared by Coppen of the UK/ODA Natural Resources Institute, who is an authority on the subject. Formatting and proofreading of it were ably done by Elisa Rubini. Its preparation and publication was guided and supervised by C. Chandrasekharan, Chief, Non-Wood Products and Energy Branch. I am grateful to them for their contributions. Some of these products presently suffer competition from synthetic products. There is, however, clear evidence of re-emergence of awareness and interest in these natural products and it is expected that this publication can accelerate th process. Karl-Hermann Schmincke Director Forest Products Division CONTENTS. Page FOREWORD iii ABBREVIATIONS viii GLOSSARY OF TECHNICAL TERMS ix INTRODUCTION 1. EXUDATE GUMS 11. GUM ARABIC, GUM TALHA AND OTHER ACACIA GUMS 11. KARAYA 30. TRAGACANTH 36. 3. SEED GUMS 43. LOCUST BEAN (CAROB) 43. MESQUITE 50. TARA 54. 4. HARD resins 57. COPAL 57. DAMAR 65. MASTIC 74. DRAGON'S BLOOD 77. 5. SOFT resins AND BALSAMS 81.

7 Table 35 Gutta percha: exports from Indonesia, and destinations, 1988-93 131. Table 36 Balata: production and exports from Brazil, 1978 and 1986-92 136. Table 37 Macaranduba: production and exports from Brazil, 1978 and 1986-92 140. APPENDICES. Appendix 1 Bibliography of general articles or books on gums, resins and latexes 141. vii ABBREVIATIONS. BP British Pharmacopoeia CIF Cost, insurance and freight EC European Community EOA Essential Oil Association of USA. FAO Food and Agriculture Organization of the United Nations FAQ Fair average quality FOB Free on board ha hectare HPS Hand picked selected ISO International Standardization Organization JECFA Joint FAO/WHO Expert Committee on Food Additives NAS National Academy of Sciences (USA). US$ United States dollar WHO World Health Organization In all Tables: - indicates nil indicates < tonnes na indicates not available GLOSSARY OF TECHNICAL TERMS. Absolute A highly concentrated extract, usually liquid but occasionally semi-solid or solid, prepared by alcohol extraction of a material which is either (a) already in the form of a natural balsam or oleoresin, (b) is a resinoid or (c) has previously been prepared by extraction of plant material with a hydrocarbon solvent.

8 Absolutes are much used in perfumery. Balsam A resin or oleoresin exudate characterized by a high content of benzoic or cinnamic acids and their esters. They have a characteristic "balsamic" odour. Gum Vegetable gums, , those gums obtained from plants , are solids consisting of mixtures of polysaccharides (carbohydrates) which are either water-soluble or absorb water and swell up to form a gel or jelly when placed in water. They are insoluble in oils or organic solvents such as hydrocarbons, ether and alcohol. The mixtures are often complex and on hydrolysis yield simple sugars such as arabinose, galactose, mannose and glucuronic acid. Some gums are produced by exudation, usually from the stem of a tree but in a few cases from the root. The exudation is often considered to be a pathological response to injury to the plant , either accidental or caused by insect borers, or by deliberate injury ("tapping"). Seed gums are those isolated from the endosperm portion of some seeds. (Other vegetable gums can be isolated from marine algae (seaweeds) or by microbial synthesis but these are not discussed in this report).

9 The term "gum resin" is occasionally found in the literature but it has no precise meaning (and is best avoided) although it is generally used to describe a resinous material which contains some gum. The coagulated part of some commercially important latexes such as chicle and jelutong are often referred to as non-elastic gums or masticatory (chewing) gums, but they are not gums in the proper sense of the word. Latex A fluid, usually milky white in colour, which consists of tiny droplets of organic matter suspended or dispersed in an aqueous medium. The most well-known example is rubber latex, in which the solids content is over 50% of the weight of the latex. The solids can normally be coagulated to form a solid mass by boiling the latex. The principle components of the coagulum are cis or trans polyisoprenes and resinous material. If the polyisoprene is mainly cis, it confers elasticity to the solid and makes it rubber-like; if it is mainly trans, the solid is non-elastic and The terms cis and trans denote the particular molecular geometries exhibited by certain types of chemical compound, in this case the polyisoprene.

10 The term gutta is a short form of gutta percha, the coagulated latex obtained from Pala quium spp. ix latexes are usually obtained by cutting the plant to make it bleed. Latex-yielding plants occur in fewer families than those which produce gums and resins ; Apocynaceae, Euphorbiaceae and Sapotaceae are among the important ones. Oleoresin A resin which, because of a high content of volatile oil, is softer than one which contains little or no oil. The term is, nevertheless, sometimes shortened to resin when describing soft resins . (The term is also used in another context to describe prepared extracts of spices or other plant materials - after evaporation of the solvent used to extract the spice a soft extract, or oleoresin, remains.). Resin (natural). A solid or semi-solid material, usually a complex mixture of organic compounds called terpenes, which is insoluble in water but soluble in certain organic solvents. Oil-soluble resins are soluble in oils and hydrocarbon-type solvents; spirit-soluble resins are soluble in alcohols and some other solvents.

1 Japan-India Joint Statement Toward a Free, Open and Prosperous Indo-Pacific H.E. Shinzo Abe, Prime Minister of Japan is paying an official visit to India from 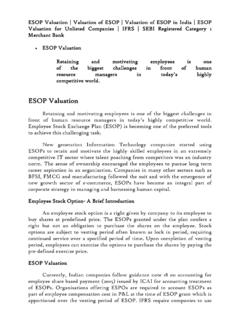 fair valuation of ESOPs at the time of accounting ESOPs expense in income statement, while the Indian GAAP provides an option to either using fair

Consulate-General of Japan in Dubai

Consulate-General of Japan in Dubai 5. If you cannot communicate in English, Japanese or Arabic, you are required to bring an interpreter with his/her valid passport. 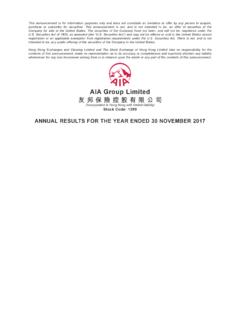 Situation Report and Guidance for H5N8 and other …

Situation Report and Guidance for H5N8 and other Eurasian H5 clade 2.3.4.4 Avian Influenza Viruses 29 November 2016 Wild birds play important roles in the circulation of avian influenza viruses and are