2 Summary 1 Soviet Republics, the Middle East, Eastern (OIE, 2016). The variety of species in which Europe and even Africa (especially West h5n8 HPAI virus was detected represents Background 1 Africa) should be on the alert for incursions a typical waterbird community that can roost of this virus. Movement of virus within 18 at the same sites, though would occur in The location 2 months of first detection in southern Russia different habitat types and use different to the Korean Peninsula and Japan has also feeding methods. Although some carcasses The concern 4 occurred on two occasions (2006 and 2010).

3 Of birds were found, there were no large- Proactive surveillance and early reporting scale mortalities due to avian influenza of the Learning from the past 4. of these results by Russian scientists is an magnitude observed in 2006 (Savchenko et h5n1 HPAI clade , excellent demonstration of how surveillance is al., 2012), at least in the Russian sector of the used as a tool for early warning. Note that as lake (OIE, 2016). 2005/06 4. the virus may not necessarily be fatal for wild h5n1 HPAI clade , birds, the first evidence of infection may only This is the fifth known occasion that Goose/.

4 Be when spillover occurs into domestic poultry Guangdong/96 lineage H5 HPAI virus has 2009/10 5. populations, especially galliformes, which are been detected in wild migratory birds at this h5n1 HPAI clade , more likely to show signs of disease when particular location. The absence of keeping infected. of domestic poultry in the vicinity of Lake winter 2014/15 5. Ubsu-Nur strongly suggests that the virus was introduced to this location by wild Conclusions 5 Background waterbirds. With currently ongoing moulting Recommendations 5 and post-breeding movements of waterbirds, The event there is a possibility that the pathogen could Bibliography 6 Testing of samples collected in late May and be introduced into the Siberian lowland, thus early June 2016 during a targeted survey opening a way for the virus to invade stopover for avian influenza and Newcastle disease sites along the West Eurasian and Afro- viruses at Ubsu-Nur (Anonymous, 2016), on Eurasian waterbird migration systems.

5 Prior to Summary the border between western Mongolia and 2016, waterbird mortalities at Ubsu-Nur due the Tyva Republic in the Russian Federation, to Goose/Guangdong-lineage h5n1 HPAI. A. Goose/Guangdong/96 lineage h5n8 resulted in detection of h5n8 HPAI virus virus were observed in 2006 (clade ), highly pathogenic avian influenza belonging to clade1 (see Map 1). 2009, 2010 (both clade ) and 2015. (HPAI) virus of clade was The virus was confirmed in samples from (clade ). detected in migratory birds at Lake Ubsu-Nur several species of waterbirds, including in the Tyva Republic of the Russian Federation, six black-headed gulls (Larus ridibundus), In May June 2006, about 4 000 waterbirds located on the Central Asian Flyway, in four grey herons (Ardea cinerea), four great (mainly breeding and particularly juvenile early June 2016 (World Organisation for cormorants (Phalacrocorax carbo), one great-crested grebes) died at the site due Animal Health (OIE), 2016; Department for to h5n1 virus infection.)

6 A further 400 dead Environment, Food and Rural Affairs, 2016). 1 A formal system of clade nomenclature has been birds were found during the summer die-offs established for haemagglutinin sequences of In past seasons, detection of HPAI virus in highly pathogenic H5 viruses belonging to the in 2009 and 2010, including great crested- this region of the Russian Federation was Goose/Guangdong/96 lineage (see Smith et al., grebe, bean goose (Anser fabalis), Pallas's followed by detection of similar viruses in other 2015; available at gull (Ichthyaetus ichthyaetus), Eurasian pubmed/25966311).

8 It is the largest of the lakes in Uvs Hollow, located on a biogeographical divide between Siberia and Central Asia, where the world's most northern desert meets the most southern tundra of the Northern Hemisphere. Ubsu- Nur is a huge wetland area that congregates a great abundance and diversity of aquatic birds that stop over or come for breeding. It is an important stopover site for migratory birds using the Central Asian Flyway, which covers a large continental area of Eurasia between the Arctic Ocean and the Indian Ocean Map data 2016 Google, Imagery 2016 TerraMetrics (Convention on the Conservation of Migratory Species of Wild Animals (CMS), 2016).

9 However, some breeding species of Uvs Nur Russian Federation such as Swan Goose (Anser cygnoides). (Murygina, 2014) overwinter exclusively in central and southeast China (Yellow River Kazakhstan and the coast of the East China Sea), thus Mongolia providing a possible direct link from the epicentre of HPAI evolution to the Central Asian Flyway system. China Summertime densities of 2 000 individual waterbirds per 10 km of the shoreline are reported (Ozerskaya, 2008). The lake received relatively little attention from surveillance location at Ubsu-Nur Lake ornithologists and it is only now that both its Russian and Mongolian parts are being more comprehensively investigated.

10 During Source: FAO. a 2014 survey, Archimaeva (Murygina, 2014), whose expedition surveyed the whole perimeter of the lake, found many spoonbill (Platalea leucorodia), great summer movements of Anatidae resulting in colonies of waterbirds, which were cormorant, unidentified Anatidae, egrets introduction of H5 HPAI to Ubsu-Nur (and exceptionally abundant at the mouth of and other species. In May June 2015, elsewhere) lead to infection of a diversity of Tesin-Gol river just south of the Russian eight carcasses were found: from Sterna breeding waterbirds and their subsequent sector of the lake. 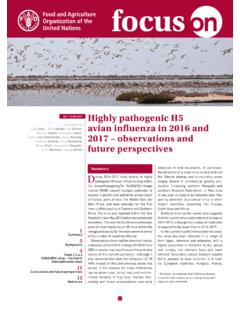 Avian influenza 3 and that will spread readily from person to person is unknown. However, this possibility combined with the increasing resistance of the H5N1 AI virus 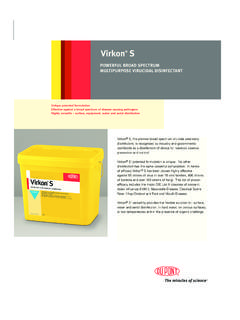 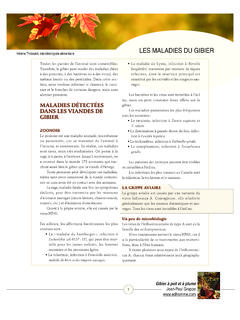 Annex 5 WHO biosafety risk assessment and …

267 Summary International biosafety expectations for both the pilot-scale and large-scale production of human vaccines for a response to a pandemic inﬂ uenza strain,