3 He removed to Edgefield county , South Carolina where he died in 1790 (LWT dated 5/14/1790, probated July Term 1790). naming wife, Mary Ann and "My only son, Leroy Hammond ". Also named the children of his brother, John Hammond , viz: John, Joshua and Lurey. And the children of his sister, Elizabeth Bailey (now Lewis), viz: James and Samuel Bailey. Grandchildren: Lewis and Polly. Leroy Hammond was a prominent merchant in Edgefield county and resided in the village of Campbellton near the Savannah River. Edgefield county Deed Book 3, pp.

4 59, 62. 6/28/1789, Leroy Hammond and wife, Mary Ann, deed to John Hammond , Sr., both of Edgefield county , for five pounds, 15 1/2. acres of land which had been granted to the said Leroy Hammond on 6/6/1785 on the Savannah River, bounded East by the heirs of George Golphin, and Southeast by McCartin Campbell. file:///C|/data/Georgiapioneers/ (1 of 3)9/6/2006 3:20:10 AM. Hammond of Edgefield county , South Carolina Edgefield Deed Book 3, pp. 62, 65. 6/29/1789. John Hammond and his wife, Elizabeth of Edgefield county , merchant, deeds to Leroy Hammond for 5 shillings, 6 acres of land being near a village commonly called Campbellton, bounded on the Northeast side of the bank of the Savannah River and down a row in the center of a street called Union Street in a town intended to be laid out.

5 Edgefield Deed Book 3, page 65, 68. John Hammond and Elizabeth, his wife of Edgefield county to Leroy Hammond , merchant, for five pounds, sold 104 feet square on Union and Broad Street of a town intended to be laid out by the said John Hammond and Leroy Hammond on their lands adjoining a village known as Campbellton. Edgefield Book 2, page 179, 181. 9/4/1788. John Thomas Spencer and Mary, his wife of Burke county , Georgia, sold to Leroy Hammond of South Carolina for 150 pounds, 250. acres, being part of two tracts of land inherited by John Thomas Spencer by the death his brother, William Spencer, late of South Carolina .

6 The first tract of 150 acres being on Horns Creek called Cedar Creek was granted to David Robertson and transferred to said WIlliam Spencer. The other tract of 100 acres was granted to William Spencer. Edgefield book 2, pp. 81, 84. 1/14/1788. Joshua Hammond of Edgefield county to William Spencer of the same place for 200 pounds, 164 acres on Sweet Water Creek, being part of 500 acres granted to John Hammond , deceased on 11/19/1772, and the said 164 acres was invested to Joshua Hammond by the Last Will and Testament of said John Hammon, deceased, land bounded Southwest by Joseph Day, Southeast by William Covington, Northeast by Ally Hinton, and Northwest by the main waggon road.

7 Edgefield Book 2, pp. 185, 181. 6/13/1788. David Zubly of New Windsor Township, Edgefield county to Leroy Hammond of Edgefield county for 5 shillings, sold 239. acres in the Township of New Windsor, bounded by the Savannah River, Conrad Lutz, Ulrick Egger, Leonard Ulrick and Michael Myers, being the plantation whereon said David Zubly now lives. Also the following slaves: Mingo, Scippo, Tellery, Cork Primus, Hercules, Adam, Betty, Hannah and Sue with the future increase of the females. Whereas, on 7/1/1788 David Zubly by his bond stands bound in the penal sum of 500 pounds with a condition thereunder written for payment of 250 pounds with interest in the proportion therein mentioned of that David Zubly for a debt of 250 pounds owing Leroy Hammond and the better securing the payment thereof with interest have sold above tract of land and slaves for the sum of 5 shillings. 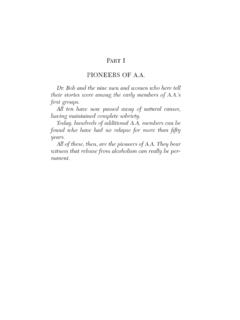 Part I PIONEERS OF A.A.

Part I PIONEERS OF A.A. Dr. Bob and the nine men and women who here tell their stories were among the early members of A.A.’s ﬁrst groups. All ten have now passed away of natural causes,

Part, Pioneer, Part i pioneers of a

The Rise, Fall, & Rebirth of The ‘Emma Gees’ (Part 1) by Major K.A. Nette, PPCLI First published in the Infantry Journal, No 8 - Winter …

History of the Industrial Gas Turbine Part 1 The First ... 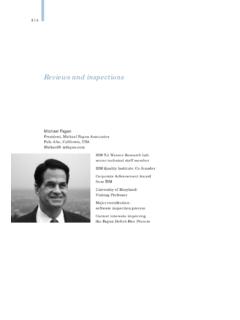 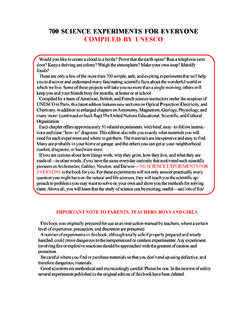 700 SCIENCE EXPERIMENTS FOR EVERYONE …

700 SCIENCE EXPERIMENTS FOR EVERYONE COMPILED BY UNESCO Would you like to create a cloud in a bottle? Prove that the earth spins? Run a telephone next

Sciences, Everyone, Experiment, 700 science experiments for everyone