Have you encountered the “spirit of Jezebel“?

Unmasking the evil embodied within The spirit of jezebel . have you encountered the spirit of jezebel ? This is the Spiritual/religious label given to the psychiatric condition known as Narcissism and malignant Narcissism (extreme selfishness) in the secular world and named after the first such well described and documented case (in the old testament of the bible), namely Israel's King Ahab's queen, jezebel , herself a king's daughter, ardent Baal worshipper - a high priestess. These writings draw heavily on personal observations, Nita Botzenmayer's The Black Widow Spider spirit , Francis Frangipane's "The Three Battlegrounds" and "The jezebel spirit ", Fuschia Pickett's "The Next Move of God", Rick Joyner's "Overcoming the Religious spirit ", Best-selling author and Christian physiatrist Scott Peck's The people of the lie, jezebel , Jonas Clark's Seducing Goddess of War and, for a Catholic view, an excerpt from Mother Nadine's Desert Warfare.

Unmasking the evil embodied within “The Spirit of Jezebel” 1 Have you encountered the “spirit of Jezebel“? This is the “Spiritual/religious label” given to …

Have, Spirit, Encountered, Jezebel, Have you encountered the spirit of jezebel

1 Unmasking the evil embodied within The spirit of jezebel . have you encountered the spirit of jezebel ? This is the Spiritual/religious label given to the psychiatric condition known as Narcissism and malignant Narcissism (extreme selfishness) in the secular world and named after the first such well described and documented case (in the old testament of the bible), namely Israel's King Ahab's queen, jezebel , herself a king's daughter, ardent Baal worshipper - a high priestess. These writings draw heavily on personal observations, Nita Botzenmayer's The Black Widow Spider spirit , Francis Frangipane's "The Three Battlegrounds" and "The jezebel spirit ", Fuschia Pickett's "The Next Move of God", Rick Joyner's "Overcoming the Religious spirit ", Best-selling author and Christian physiatrist Scott Peck's The people of the lie, jezebel , Jonas Clark's Seducing Goddess of War and, for a Catholic view, an excerpt from Mother Nadine's Desert Warfare.

2 You leave home smiling, happy, energetic, carefree - to meet with someone, go to a bible-study, meeting, to work etc. You encounter a person that leaves you feeling physically, emotionally and even spiritually drained, depressed wanting to quit. have you ever been hurt by someone who simply refuses to acknowledge the hurt they caused you and who goes to great lengths to avoid (ever) saying that they are (truly) sorry and even when forced to do so, does so in a very disingenuous manner? have you ever encountered rejection, jealousy (of you, your family or your material wealth) or an attempt to manipulate and control you by criticizing you, your life, your beliefs, your family? have you ever had anyone try their best to undermine the authority of your husband (or wife) or come between a wife and husband and even between parents and children?

3 have you ever had a message delivered to you that left you feeling quite apprehensive and fearful? have you ever felt used by someone, then simply tossed aside, physically or emotionally? have you ever met a religious (even seemingly deeply spiritual) person who tried to convince you of their Superior spiritual status and that rather than relying directly on God and Jesus, they will guide and counsel you in other words: trust me, I'll take care of your problems and you ? have you ever had someone probe your soul looking for weaknesses, asking you if you are unhappy and even when you answer no , then trying to convince you that you are indeed unhappy or that you should be? have you ever said NO to someone and watched as they over-reacted, rejected you and tried to manipulate and bully you into submission? Perhaps you are aware of someone that actively (aggressively) wished evil (bad things) for you and or your loved ones?

4 Perhaps you were not aware of this and it went unnoticed. Perhaps they have even told you (seemingly prophetically) that something bad WILL befall your husband, you or your children? This is called a curse by the way - the exact opposite of a blessing don't casually dismiss it. have you ever encountered someone who displayed many of the following characteristics: Proud, arrogant, power-hungry, who bucks true authority , seems to be unaccountable, viciously attacking those trying to hold them accountable, seductive (Emotionally, sexually or intellectually), often openly envious of others, bitter, resentful, often murmuring and complaining, not easily satisfied - regardless 1. Unmasking the evil embodied within The spirit of jezebel . of the many extraordinary things people often do for them, unrelenting, remorseless, unrepentant, lacking in humility and the recognition that they and all of us are imperfect beings; often plotting and scheming, very manipulative, controlling, quite intelligent, man-hating, selfish, jealous, critical of others, bossy, back-stabbing, emotionally cold, always keeping you off-balance, never giving you their approval, making their love conditional, a perfectionist with impossibly high expectations of others, unable to acknowledge the pain they cause you or others?

5 If you have , then it is very likely that you have encountered Satan's woman jezebel . The jezebel spirit is named after King Ahab's wife in ancient Israel, jezebel the first woman in the bible, with much written about her, that clearly displayed the symptoms of a malignant Narcissist . This spirit is born out of witchcraft and rebellion and is one of the most common spirits in operation today. It is a powerful enemy of the body of Christ the church, just as it's namesake was. It operates freely on even sincere believers whose hearts are for God individually and has also attained positions of power within churches. In the secular world, these people are often thought to suffer from Narcissistic personality disorder , Paranoia and are often labeled as Psychopaths or just Plain evil . Yet, the most accurate and complete description of the characteristics of these people is to be found within a spiritual context because, after all, religion is all about the struggles with and against evil not psychiatry, which has just recently started trying to come to terms with the term evil.

6 Religion is where evil has most often been described and discussed, and it's books mention it often as the end-result of un-repented sins. Clearly both men and woman can be Narcissists , since Satan is an equal opportunity employer ! However, the ways in which evil is practiced in men and women differ subtly. This study looks primarily at the phenomenon of feminine evil . The jezebel spirit (named after an evil queen) is thought of as a feminine . spirit . It's masculine partner in crime is called the spirit of Ahab which we will not spend much time discussing now. The jezebel spirit , though only one of many malicious spirits, establishes its stronghold primarily in women; however, men too have been influenced or overcome by it, where it functions as a "controlling" spirit . In the wake of every person controlled by the jezebel spirit , is a life of chaos, confusion, instability, broken relationships - destruction.

7 Every person that ever came into close contact with it has seen aggressive attempts to divide their relationships with their loved ones via a multitude of overt and covert methods. This spirit 's beguiling and clever deception: "Let me be your Protector". jezebel masquerades as a "protector" spirit to gain access to it's host, using the inroads already made by spirits of rejection and fear. It promises it's host protection if they will just submit to it . It promises them the recognition and self-worth they desire (and "deserve"). It promises them complete control of their lives and of those around them. The key word here is CONTROL . 2. Unmasking the evil embodied within The spirit of jezebel . Usually using one or more hurtful events in the host's (soon to be victim) life (most frequently abusive treatment by a male or authority figure - either physically or verbally, or even abusive treatment by another jezebel ), this spirit promises: "If you let me handle this (submit to me), I'll never let that happen to you again.

8 " Of course, this is all done very subtly! On the "surface", the goals of this spirit appear to be giving control and power back to it's host. However, the jezebel spirit has more complex characteristics. It is extremely vicious and dangerous - ultimately to its host (first victim) but even more so to those many others it plans to hurt through them. It's Mission: As Fuschia Pickett points out in her book The Next Move of God , the jezebel spirit 's mission is to kill the prophets as it tried and often has throughout time. The goal of the host (initial victim) is usually quite different: to gain identity, glory, recognition, power, and satisfy the need for acknowledgment and worth from others (in other words, the "praises of men" Matt. 6:2,5,16). This is an outgrowth of the desire for love and self-worth we all have BUT with the wrong focus self !

9 As a secondary mission, the jezebel spirit seeks to emasculate all men or authority figures, or divest them of their authority and power over others. It fosters a distrust and/or hatred of men in general, and nurtures motives of vengeance in the host toward some men in particular - usually as a result of abuse or neglect by a significant male in the victim's life. The jezebel spirit is a seething, terribly aggressive, very determined, callous, controlling, selfish, power-hungry, manipulative, unrepentant, deceitful spirit - an overwhelmingly evil spirit , and those are mostly only it's good points! This spirit is definitely Satan's woman . Personality, Characteristics, and "Modus Operandi". Following are some of the jezebel spirit 's main characteristics, manifestations and methods of operation. For brevity and clarity, the term " jezebel " is used to refer to the person hosting and under the control of the jezebel spirit .

10 They are the primary victim of this heinous spirit , but victims can will also be used to describe those many others who are inevitably hurt by her/him and there are a lot of these! Since a woman was it's first victim (after which it is now named) and since women are still it's primary and preferential victims, most of the examples and discussions below refer to it's manifestations as exhibited in women, and thus a female gender is implied when referring to a jezebel . However, most notably in the "power and control" areas, men exhibit these exact same manifestations and can be Jezebels! Please keep in mind the following cautions when seeking discernment of a stronghold, either in yourself or others. 3. Unmasking the evil embodied within The spirit of jezebel . Cautions This spirit may not be dominant at all times within the host, giving the host the illusion of being "two-faced", even schizophrenic, or "double-minded", as the book of James calls it (James 1:8), to those around her. 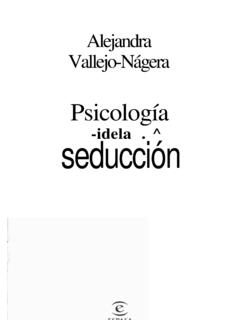 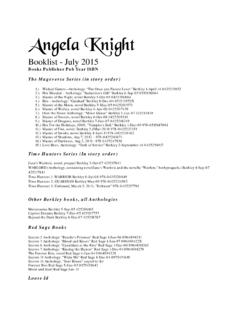 What is the Jezebel spirit - End-Time Pilgrim 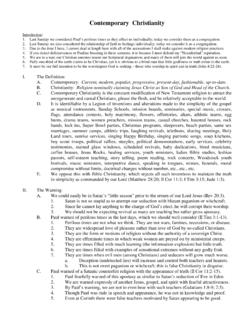 Contemporary Christianity Introduction: 1. Last Sunday we considered Paul’s perilous times as they affect us individually; today we consider them as a congregation.