HENRY VIII—THE SEQUENCE OF MARKS IN THE …

H E N R Y V I I I T H E S E Q U E N C E O F M A R K S IN THE. second coinage . By W . J. W . POTTER. THE problems surrounding the SEQUENCE of mint- MARKS in the second coinage of HENRY V I I I have been very fully dealt with by the late Mr. C. A. Whitton in his " coinage of HENRY V I I I and Edward VI in HENRY 's Name" published in the Journal (vol. xxvi, 1949)- Neverthe- less, he confesses that the solution of many problems eludes him, and that his final suggested order, viz. Rose, Lis, Sunburst, Lis, Arrow, Pheon, is not entirely satisfactory. The chief reasons he gives for this state of affairs can be summa- rized in his own statements, viz.

HENRY VIII—THE SEQUENCE OF MARKS IN THE SECOND COINAGE By W. J. W. POTTER THE problems surrounding the sequence of mint-marks in the Second Coinage of Henry VIII have been very fully dealt with by the late

1 H E N R Y V I I I T H E S E Q U E N C E O F M A R K S IN THE. second coinage . By W . J. W . POTTER. THE problems surrounding the SEQUENCE of mint- MARKS in the second coinage of HENRY V I I I have been very fully dealt with by the late Mr. C. A. Whitton in his " coinage of HENRY V I I I and Edward VI in HENRY 's Name" published in the Journal (vol. xxvi, 1949)- Neverthe- less, he confesses that the solution of many problems eludes him, and that his final suggested order, viz. Rose, Lis, Sunburst, Lis, Arrow, Pheon, is not entirely satisfactory. The chief reasons he gives for this state of affairs can be summa- rized in his own statements, viz.

2 : p. 59: 1. The uncertainty of the precise position of the Sunburst. 2. The use of the Lis on muled coins at widely separated periods. As to his first point, the chief difficulty is that there are no known mules with this mark in any denomination, nor any Sunburst crowns, although a continuous series of these coins was issued. As to his second point, this might be elaborated by further quotations: p. 60: "The earlier and later Lis dies are indistinguishable.". "We cannot identify post-Arrow true coins with Lis.". "The Pheon, for some unexplained reason, is sometimes found muled with the Lis.". The late Dr. Brooke in his English Coins deals with the same ques- tion as follows: p.

3 176: "It is evident from muled groats, and from the alterations on the sovereign from Sunburst to Lis, that the Lis was used twice, the order being: rose, lis, arrow, sunburst, lis, pheon, but is is not at present possible to distinguish the earlier and later issues of silver coins with the Lis mark.". on which Mr. Whitton has commented: p. 18: "Thus though Brooke lists the order of these sovereigns correctly, viz. Sunburst, Lis, Lis/Arrow, he is inconsistent elsewhere (English Coins, p. 176) in placing Arrow before Sunburst.". In spite of these differing views, however, I think it is possible to give a coherent picture of the use of the mint- MARKS during the second coinage which will not only explain the position of the Sunburst and its significance, but also identify the several appearances of the Lis.

4 This will show that Dr. Brooke's order of MARKS was quite correct, but only for the silver, and I think it will appear that most of the con- fusion and difficulty with this coinage is due to mistaken efforts to find an order which will apply equally to the fine and crown gold, and to the silver. I find it hard to understand why this should be con- sidered a sine q^la non of any system. One has to go no further than the previous reign to find MARKS common on the silver but unknown on the contemporary gold. It will be understood, therefore, why HENRY viii SEQUENCE of MARKS in second coinage 561. 1 propose to deal with the metals separately.

5 My first task was to examine the very common Lis groats for the purpose of differentiating the early from the late issues, and the obvious starting-point was the lettering, which I have always found very reliable for such a purpose. Mr. Whitton, of course, recognized this point well, but, he states: p. 55: " .. so faithfully were the letter-puncheons reproduced that no clear catena can be traced.". Fortunately, this is not strictly true. Certainly, after the very early experiments with Roman lettering in the first rose-marked coins, a remarkable uniformity of style is maintained. Nevertheless, I found one letter which does change in such a way as to give most valuable aid in determining the order of the MARKS .

6 This is the F in FRANCE, of which I soon found three very distinct forms. The next thing was to check the Rose, Arrow, Sunburst, and Pheon groats for these F's, with the result that another type of F was found on the first of these MARKS , and two forms of M on the early reverses. Eventually, the following picture emerged: Mint-mark Letters Rose FI, F2 (RR), MI. Lis 1 F2, Mi Lis 2 .. F3, M2. Arrow F3, F4 (RRR), M2. Sunburst F3 (RRR), F4, M2. Lis 3 F4, M2. Pheon F4, M2. The order shown is very simply established. There has never been any question that the rose was the first of the new coinage MARKS . Only on these groats do we find experiments in bust, lettering, and reverse cross-ends.

7 That the lis followed is demonstrated by the mules existing which also show Lis 1 with F2 and Mi. To prove that Lis 1. was then immediately followed by Lis 2 with F3, making together the B F E F (K HI. Fl F2 F3 F4 Ml M2. first issue of the Lis mark, it is only necessary to point out that the Arrow is the only other mark commonly showing F3, and of this mark there are also rare specimens with F4, the F found on the Pheon mark. Similarly, the Sunburst must have followed the Arrow, as though the majority of these scarce groats have F4, very rare specimens are known with F3. We are left with another issue of the Lis, and the Pheon, both with F4, and there is no question as to the order of these two as the Pheon was the last mark of the coinage , found with the Irish title assumed in 1542, and also found muled with the first mark of the Third coinage , Lis 4.)

8 This order, which has been established for the silver, completely 562 HENRY viii The SEQUENCE of MARKS disposes of the difficulties regarding the various issues of the Lis, and it also explains very simply the Lis/Pheon and Pheon/Lis mules which worried Mr. Whitton; these, of course, all have F4 on the obverse. Mules with the Arrow mark are rather more difficult. Both Lis/Arrow and Arrow/Lis mules are known, but unfortunately they are very rare. There is no Lis/Arrow in the collection, and my own specimen (Taffs) does not show a clear letter The point, of course, is that there should be Lis 2/Arrow mules, and also, if the Sunburst, as I hope to show, was a mark outside the normal series, Lis 3/Arrow mules, from Arrow reverse dies put aside to be used up when the Sunburst was discontinued.

9 Mr. Whitton states, on what evidence I do not know, that the Arrow groats with A G L I E instead of the usual AGL. are the late ones, in which case any Arrow/Lis mules with AGLIE. should also link up with the later Lis 3, though unfortunately there is nothing to identify the different Lis reverses. On the other hand the solitary Arrow groat with F4 in my collection has AGL. Before I conclude this first section of my survey I would like to quote in full what Mr. Whitton has said regarding the late use of the Lis mark: We cannot identify post-Arrow true coins with Lis. This view is borne out by at least two coins in the British Museum: a Lis/Pheon muled groat struck from the same obverse die as a true coin with Lis both sides.

10 This would presumably have been claimed by Brooke as a true coin of his later Lis, but it does not differ materially from scores of similar groats in the Museum's trays, some of which must be true coins of the earlier Lis. All the mules I have seen of this type show Lis dies of a style previously employed. I have examined the two coins to which Mr. Whitton refers, and they both have F4, and therefore do "differ materially from scores of simi- lar groats", as many of these latter would have F2 or F3 ; and if any- one has any lingering doubts as to the ability to distinguish between the three F's found on the Lis groats and crowns, I would like to emphasize their fundamental differences as follows: F2 Semi-open F with concave top and gap between heavy seriffed arms. 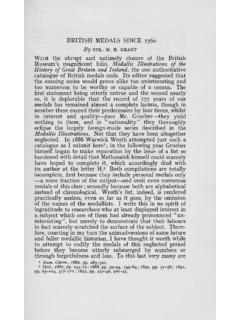 Medallic of the Illustrations History of Great Britain …

BRITISH MEDALS SINCE 1760 By COL. M. H. GRANT WITH the abrupt and untimely closure of the British Museum's magnificent folio, Medallic of the Illustrations History of Great Britain and Ireland, the one authoritative 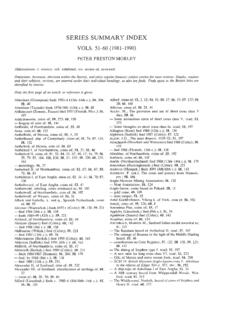 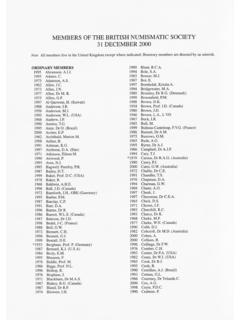 MEMBERS OF THE BRITISH NUMISMATIC SOCIETY … 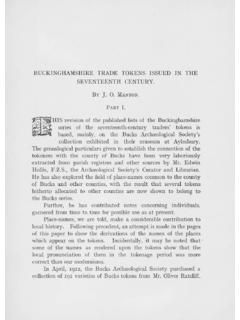 BUCKINGHAMSHIRE TRADE TOKENS ISSUED IN THE

BUCKINGHAMSHIRE TRADE TOKENS ISSUED IN THE SEVENTEENTH CENTURY. By J. O. MANTON. '0 PART 1. HIS revision of the published lists of the Buc~inghamshire , r: . i senes of the seventeenth-century traders tokens IS 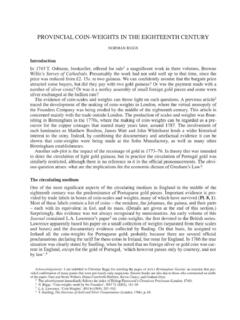 PROVINCIAL COIN-WEIGHTS IN THE EIGHTEENTH … 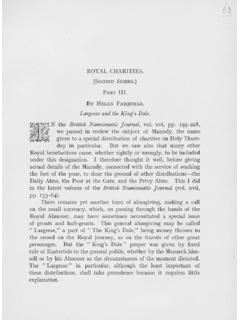 Royal Charities. Largesse. At all times of particular pageantry, such as a coronation, a marriage, or a progress, money was always given to the poot, and 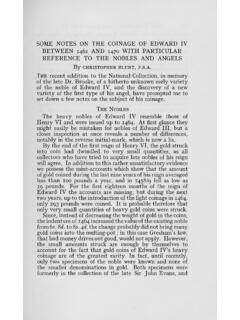 SOME NOTES ON THE COINAGE OF EDWARD IV - …

196 Some Notes on the Coinage of Edward IV 12,000 pounds, and the silver bullion purchased rose to 55,000 pounds. There is no reason to think that the increase did not date from enforcement of the indenture of 1464, in

Notes, Some, Edward, Indenture, Coinage, Some notes on the coinage of edward iv 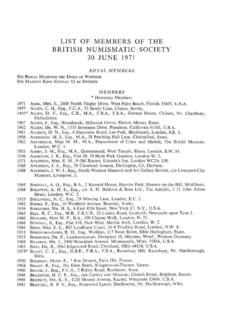 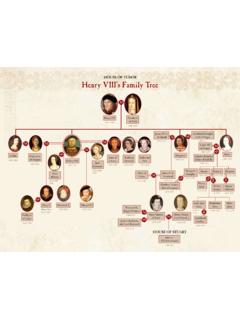 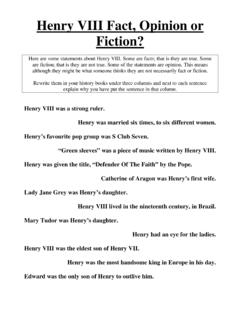 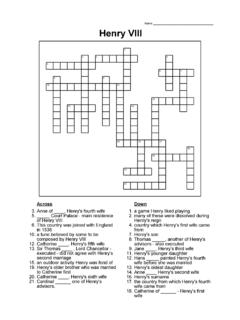 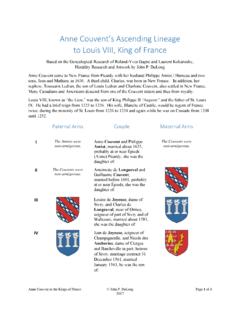 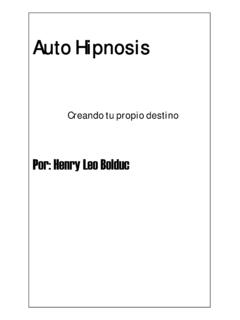 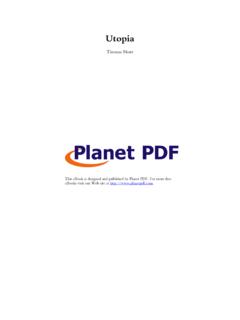 Utopia 2 of 183 INTRODUCTION Sir Thomas More, son of Sir John More, a justice of the King’s Bench, was born in 1478, in Milk Street, in the city of London.

The Harwood Family in England - HarwoodHistory

The Harwood Family in England From “Burke’s Commoners of Great Britain.” "The name of Harwood is of Saxon origin and was anciently spelt Herward, 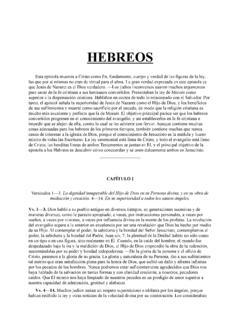