Reprinted from Technical Analysis of STOCKS & COMMODITIES magazine. 2007 Technical Analysis Inc., (800) 832-4642, REAL WORLD. Here's The Plan From Dan ( part 1). Calendar Spreads With Dan Sheridan In the first part of a series based on a seminar on seminars: risk management. That alone makes him option strategies with Dan Sheridan, we take a look different. Something else does, too: Dan Sheridan at Calendar Spreads . doesn't propose doing the education job in one or two days, like many of his predecessors; his is an ongoing program, with access to him anytime. We've been taught that inventor Thomas Edison O ptions and seminars go together like tried some 8,000 substances before chancing on yin and yang, baseball and hot dogs, tungsten and finally being able to devise the revolu- Abbott and Costello.

by John A. Sarkett O In the first part of a series based on a seminar on option strategies with Dan Sheridan, we take a look at calendar spreads. REAL WORLD Here’s The Plan From Dan (Part 1) years ago, some of the prominent seminars focused

1 Reprinted from Technical Analysis of STOCKS & COMMODITIES magazine. 2007 Technical Analysis Inc., (800) 832-4642, REAL WORLD. Here's The Plan From Dan ( part 1). Calendar Spreads With Dan Sheridan In the first part of a series based on a seminar on seminars: risk management. That alone makes him option strategies with Dan Sheridan, we take a look different. Something else does, too: Dan Sheridan at Calendar Spreads . doesn't propose doing the education job in one or two days, like many of his predecessors; his is an ongoing program, with access to him anytime. We've been taught that inventor Thomas Edison O ptions and seminars go together like tried some 8,000 substances before chancing on yin and yang, baseball and hot dogs, tungsten and finally being able to devise the revolu- Abbott and Costello.

2 Can't separate tionary light bulb. There haven't been that many em, wouldn't want to. Ten or more options seminars, but there have been quite a few. years ago, some of the prominent seminars focused For those who stuck around long enough (and there on straightforward strategies like put selling or ver- are those who have attended just about every option tical Spreads . In a surging NASDAQ market, these seminar given in the last 10 years), Sheridan just one-day affairs served their purpose in helping retail might be the tungsten everyone has been looking for. stock traders become more knowledgeable and com- But he might not seem like it, at least not at first. A. fortable with options. natural comedian, Trader Dan affects a regular Then after the 2000 01 stock market crash and Chicago guy demeanor, because, as he would say, I.

3 With the equity markets in the doldrums came delta- am one. Sheridan survived and thrived for 22 years neutral strategies, making money in options when in the rough-and-tumble CBOE pits. His superb risk stocks weren't moving timely and helpful. You management skills protected him and allowed him to might have seen infomercials for these wealth cre- grind out profits in markets both up and down, and ation seminars. those are the skills he wants to share. He's generous But not all the attendees were successful, nor even with his time and he tells the truth, flattering or not. the gurus themselves. One notable expert expanded What more could you ask? from giving seminars to managing an option trading Not just a market maker, though he's got lots of war fund.

4 The fund lost 40% in six months before closing. stories from the pits to share and some good trading There are and have been many, many other seminars tips, Sheridan successfully traded thousands of in- and countless newsletters, and we've all been invited come strategy trades for his own account over the by direct mail to attend or subscribe. Or both. Some past two decades (some 3,000 Calendar Spreads alone, of us have, or at least been tempted. he estimates). He also mentored a number of traders who went on to major success, some to head large WHAT'S TO RISK? trading firms. Now streaking across the option-trading-and-semi- nar sky comes trader Dan Sheridan and his Options GENERATING INCOME. Mentoring series sponsored by OptionVue.

5 He fo- Dan Sheridan brought his expertise to a recent Fu- cuses on the missing dimension of most options tures Industry Association (FIA) meeting, where he spoke on how to generate monthly income in the options markets. Sheridan began the FIA session by by John A. Sarkett goring a few sacred cows: Make the odds work for Reprinted from Technical Analysis of STOCKS & COMMODITIES magazine. 2007 Technical Analysis Inc., (800) 832-4642, REAL WORLD. you, not against you. Income generation is a superior strategy TRADING VEHICLES. for 99% of traders. Dan Sheridan favors these income strategies. All are Spreads When trades are managed, not just put on and forgotten, no naked options: Sheridan says a trader can generate as much as 100% annual- ized.

6 Some may scoff, he says, but he sees his best students Calendars doing it, grinding out 5% to 15% per month. (Not everyone Double calendars does this, he says. Others make up to 7%, and those who can't follow instructions lose.) Sheridan believes if he can keep a Condors new trader in the game for six months, earning a small Double diagonals percentage each month, learning the craft, adjusting the trades, Butterflies and keeping the enthusiasm high, he or she will make it as a successful trader in the long term. If you can follow directions and apply good management, you can make a business, Sheridan believes. If I had a group Options and seminars go together like of sixth-graders, and I taught them for two to three months, and they did what I'm telling them, they'd be successful.

7 But too yin and yang, baseball and hot dogs, many retail customers know too much. They bring in Fi- Abbott and Costello. bonacci, and Andrews pitchfork, and this and that, and pretty soon they are overthinking, and losing.. It takes one other thing, too, Sheridan says commitment. That's the goal. To achieve it, Sheridan recommends a port- Some people say, I'm going to try a Calendar spread and see folio of six or seven income strategies each month that don't what happens.' This makes me crazy. Am I going to try' to require a stock to move to be successful. He also believes in open a beef stand in Chicago? No, it's a business. It's a staying small, keeping the account at $5,000 to $6,000 in capital commitment.

8 You don't give up on Calendar Spreads because for six months, whether or not the trader can afford more. one doesn't work. This does not provide the diversification or He told the story of one trader who went large on a Calendar the time it takes to be successful.. spread, lost big, got negative on Calendar Spreads in particular and options in general, and then quit. INCOME STRATEGIES. Why did you do it? Sheridan asked about his decision to In the FIA meeting and during a follow-up web seminar, trade big. Sheridan provided the meat and potatoes of his income strate- Because I could, the trader, a Houston oilman, replied. gies. First, the definitions: An income strategy is one where Sheridan believes if the individual had kept the faith, grind- we don't need the stock to move to make money.

9 These ing out the profits month by month instead of going for the big strategies are also known as nondirectional, also known as score, he would most likely have been profitable and still be in delta neutral. the game. This is a craft, Sheridan says. We do it over and Best candidates for condors, double diagonals, and other over. neutral strategies, are channeling stocks, steady, sideways He says he now does everything in his power to slow down movers, Sheridan says. his prospective traders, urging them to begin with paper- Like a pilot looking over his aircraft before takeoff, here's trading, then graduating to small trades. Why do you think how he looks for stock candidates: you can trade a $100,000 account if you can't trade a $5,000.

10 Account? Learning a craft takes time. We don't say to our 1 Volatilities. Less than 30 is the desired range. college sophomore, Are you making money yet?' We 2 Industry. Predictability. Kellogg's stock would be shouldn't say that to new option traders who are learning their better than an unpredictable biotech startup. craft, either.. 3 Price chart. If there was a 10% move last week or Perhaps the best thing about Sheridan's approach: It does month, ask why. not require a full-time commitment. Most of his traders work full-time, and he dissuades others with the available time from 4 When to be there. If there are upcoming earnings becoming screen jockeys. Once up and running, he estimates dates or other special events, stay out of the market. 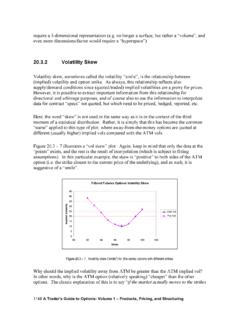 Chapter 20 – Volatility 1149 that far away from the current prices, then something important must have increased volatility, and the market makers will charge for it now since they will incur increasing 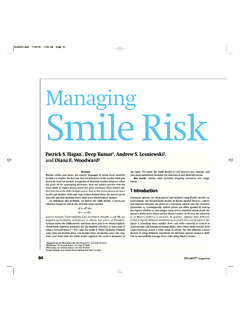 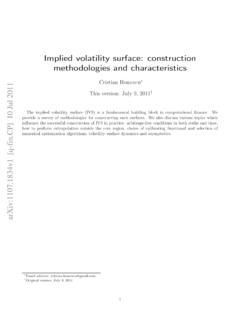 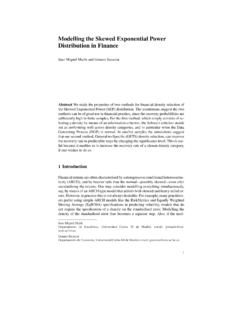 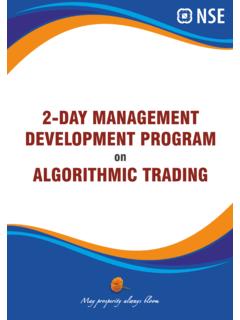 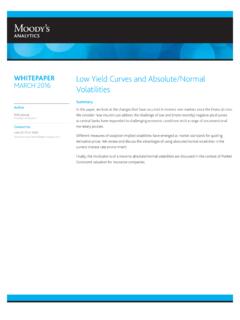 Low Yield Curves and Absolute/Normal Volatilities Summary In this paper, we look at the changes that have occurred in interest rate markets since the financial crisis.