3 HRG has proven to provide (UPS). excellent protection from a low-level arcing ground fault. The HRG system is popular primarily because of the service I. I NTRODUCTION continuity it provides during a ground fault. An added benefit is the enhanced electrical safety from arc flash on a ground fault. T HE high Resistance grounding (HRG) of low-voltage power distribution systems in North America became popular in the early 1970s for continuous-process industries. Numerous IEEE papers have been published since 1975 on the benefits and proper application of HRG for continuous- process industries [1], [3], [4], [6] [12]. More recent papers At that time, the National Electrical Code (NEC) and Canadian have focused on the application of adjustable speed drives Electrical Code were amended to require the main overcurrent (ASDs) [13] [15] and uninterruptible power supplies (UPSs).

4 Protective device to automatically trip on ground fault on most [16] on an HRG system . Nonetheless, the authors have encoun- 480- and 600-V solidly grounded systems. The purpose of the tered application pitfalls in HRG that are not fully addressed code change was to minimize the occurrence of equipment in the literature. Cases described in this paper include the burndowns due to arcing ground faults [1]. Prior to the 1940s, following: industrial power systems were ungrounded because the loads 1) transient voltage surge suppressors (TVSSs) that ruptured were three-wire and service continuity could be maintained when improperly applied on an HRG system ;. during a ground fault. During the 1940s, ungrounded low- 2) a three-phase isolated redundant UPS that failed and voltage systems gave way to solidly grounded systems for the subsequently lost the critical load when improperly con- following reasons.

5 Nected to an HRG source;. 1) It was discovered that intermittent arcing ground faults 3) an incompatible grounding method between the bypass on ungrounded systems could experience L-G voltage input and inverter output of a three-phase UPS that ex- excursions up to six times above normal, leading to posed the critical load to risk during ground faults;. 4) the need for four-pole breakers on the output of par- Paper PID-08-02, presented at the 2007 IEEE Petroleum and Chemical allel three-phase UPS modules that are high Resistance Industry Technical Conference, Calgary, AB, Canada, September 17 19, grounded;. and approved for publication in the IEEE TRANSACTIONS ON INDUSTRY. APPLICATIONS by the Petroleum and Chemical Industry Committee of 5) a comparison of present HRG practices between parallel the IEEE Industry Applications Society.

6 Manuscript submitted for review UPS modules and generators. December 15, 2007 and released for publication November 12, 2008. Current version published May 20, 2009. Furthermore, discussed are design shortcomings in ground- D. Murray is with Schneider Electric, Toronto, ON M4B 1Y2, Canada fault protection and alarm systems that are still prevalent in (e-mail: modern HRG installations. The lack of a clear and logical alarm J. Dickin is with Dickin Engineering Inc., Red Deer, AB T4P 1T3, Canada (e-mail: system fails to indicate the seriousness of leaving a ground R. A. Hanna is with RPM Engineering Ltd., Mississauga, ON L5K 2R1, fault on the system and provides poor navigation to the location Canada (e-mail: of the ground fault. Furthermore, unclear operating procedures T.)))

8 In the late 1990s, a TVSS ruptured in a new 600-V switch- In North America, 480- and 600-V HRG systems are three- board at a data center in southern Ontario, Canada. The 600-V wire. The neutral is not distributed because it becomes ener- distribution system was high Resistance grounded through a gized during a ground fault. Hence, there is no need for L-N. 5-A 347-V 69- neutral grounding resistor (NGR). Investiga- or N-G protection modes on a TVSS used on a 480- or 600-V. tion revealed that the TVSS, rated for a three-phase four-wire HRG system . 347/600-V wye system , failed during a ground fault when the HRG systems do not exhibit the six times voltage excursion metal oxide varistors (MOVs) connected from line to ground above ground that could be present in ungrounded systems (L-G) were exposed to excessive continuous voltage on the two during intermittent arcing ground faults.

9 The let-thru current unfaulted phases during the ground fault. The applied voltage of an NGR is always chosen to be higher than the capacitive exceeded the rated maximum continuous operating voltage system charging current. Hence, the continuous L-G voltage (MCOV) of the MOVs. during a ground fault will not exceed 600 V on a 600-V system The TVSS was designed for use on a solidly grounded or 480 V on a 480-V system . system . It had been misapplied on the HRG system . Fig. 1 The 2005 NEC, in section (3), calls for the MCOV of shows the typical connections, and Table I shows the typical a TVSS to exceed the maximum continuous phase-to-ground ratings, of MOVs in TVSS units designed for three-phase four- voltage available at the point of application.

10 Section (2). wire solidly grounded systems. line to line (L-L) mode MOVs specifies that a TVSS used on a Resistance grounded system be are shown dotted because they are often omitted. Line-to-line listed for use on this type of system . protection is effectively provided though the line to neutral It is anticipated that UL 1449, TVSSs, will also have to (L-N) and L-G MOVs. Between any two phases, there are two be amended to add a listing for use on Resistance grounded L-N mode MOVs in series and two L-G mode MOVs in series. systems. When published, it is expected that the UL listing will An MCOV of 420 V is sufficient for MOVs connected L-G remove some of the ambiguity in applying a TVSS to an HRG. on a solidly grounded 347/600-V system . Continuous L-G system . 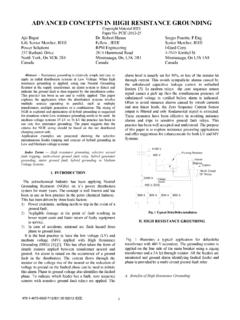 3 . resistor make it complicated and the usefulness diminishes as very few medium voltage (MV) systems are operated with a ground fault. In most MV systems … 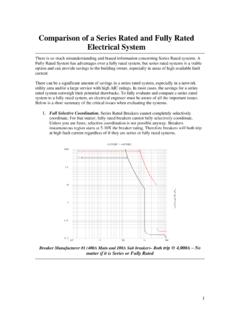 1 Comparison of a Series Rated and Fully Rated Electrical System There is so much misunderstanding and biased information concerning Series Rated systems. 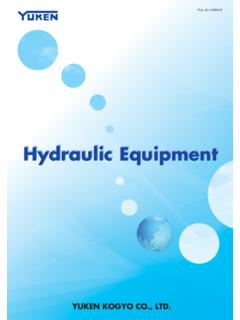 4 “ARL1”Series Piston Pumps “AR”Series Variable Displacement Piston Pumps Features Features Smaller in Size As indicated in the dimensional comparison presented below, the AR16 is smaller than the A16 （32 design）. Low noise level 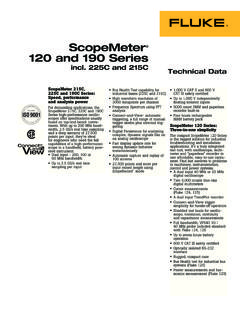 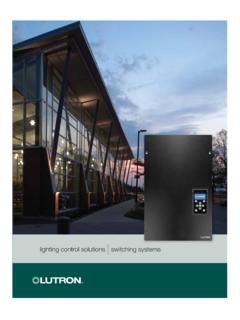 Peak Current The maximum current that a battery can deliver is directly dependent on the internal equivalent series resistance (ESR) of the battery.