HISTORICAL VIEWS . of CARTER COUNTY . by Francis Nash The first explorers probably came to Kentucky in the late 1600s. The first settlement was Fort Harrod, established in 1774, with Boonesborough coming one year later, as Daniel Boone led a group through the Cumberland Gap to the Kentucky River area. It was Boone's third trip to Kentucky, which was a part of Virginia at that time. Kentucky would become the 15th state of the Union on June 1, 1792. The area of CARTER COUNTY was first surveyed in 1785, although some earlier maps indicate the Little Sandy River. Parcels of land granted to Richard Grahm and Colonel William Grayson of Virginia for their war service made up a large portion of this area. In 1800, there were only about 500 families living in eastern Kentucky. The first post office in 1811 was known as Little Sandy Salt Works. Another early settlement was near Smokey Creek. As population grew in the northeastern area, a meeting was held in 1837.

1 HISTORICAL VIEWS of CARTER COUNTY by Francis Nash The first explorers probably came to Kentucky in the late 1600s. The first settlement

1 HISTORICAL VIEWS . of CARTER COUNTY . by Francis Nash The first explorers probably came to Kentucky in the late 1600s. The first settlement was Fort Harrod, established in 1774, with Boonesborough coming one year later, as Daniel Boone led a group through the Cumberland Gap to the Kentucky River area. It was Boone's third trip to Kentucky, which was a part of Virginia at that time. Kentucky would become the 15th state of the Union on June 1, 1792. The area of CARTER COUNTY was first surveyed in 1785, although some earlier maps indicate the Little Sandy River. Parcels of land granted to Richard Grahm and Colonel William Grayson of Virginia for their war service made up a large portion of this area. In 1800, there were only about 500 families living in eastern Kentucky. The first post office in 1811 was known as Little Sandy Salt Works. Another early settlement was near Smokey Creek. As population grew in the northeastern area, a meeting was held in 1837.

2 At the Crossroads Hotel, northwest of Grayson, to call for the creation of a new COUNTY . Largely through the efforts of Senator William Grayson CARTER , the grandson of Colonel Grayson, the new COUNTY was chartered May 1, 1838, with Grayson as the COUNTY seat. Portions of Greenup and Lawrence were taken to form the new COUNTY , the state's 88th out of 120 counties. The first judge was John Frizzell. The population in 1840 was 2,300. people. Later, portions of CARTER would be used to form Boyd and then Elliott COUNTY . The COUNTY at one time extended all the way to the Big Sandy River. The COUNTY courthouse was built in 1840 and stood until torn down to construct a new one in 1907. That building forms the center of the present-day structure which has had several additions and remodeling projects through the years. In 2007, Judge-Executive Charles Wallace headed up a Centennial celebration of the courthouse, collecting pictures and memorabilia. With the growth of the western end of the COUNTY , residents sought to form a new COUNTY in 1904.

3 They broke away with some citizens of Rowan and Elliott to form Beckham COUNTY named after Governor Beckham. Formal offices were established with the COUNTY seat in Olive Hill. Legal questions over the formation led the COUNTY to being dissolved by state action, after lasting just eighty days. It is the only COUNTY in the state to be abolished. Later, some citizens also wanted to move the COUNTY seat to Olive Hill and called for a vote in 1929, but it failed to pass. Rivalries between the east and west end have persisted through the years with the proverbial dividing line being Biggs Hill. The population of CARTER COUNTY grew rapidly until after the turn of the 20th century when it stabilized at around 22,000 people, not many less than the present day meaning little net growth in the past hundred years. There was a mass movement to the north by many residents of eastern Kentucky during and following WW II seeking the industrial jobs in Ohio and Michigan.

4 Another exodus occurred in the 1960s, and the 1970 census showed just 19,500 people. It rebounded to around 25,000 in the 1980 census and 27,000. in the year 2000. 1. The COUNTY is governed by a Judge-Executive and five magistrates, representing geographic districts in the COUNTY who form the Fiscal Court. Not too many COUNTY officials have enjoyed longevity in office, as voters tended to opt for change after a few terms or the candidates sought other offices. The COUNTY offices have been held by males, except in 1998. Alice Joy Binion, widow of the three-term sheriff, Coleman Binion, who was killed in an accident, was elected and served one term as Judge-Executive. Democrat Joe Kitchen completed 20 years in service beginning as Sheriff starting in 1978 and then the next election moved up and completed four terms as the Judge Executive. Charles Wallace began his tenure as Judge Executive in 2002 and continues today. The COUNTY Court Clerk's office had the most stability with Ralph Buster Cartee serving seven terms from the 1960s into the 80s.

5 In the 19th century, Elias Davis also enjoyed seven terms as Clerk. Hobart Haney and then his brother Bill combined to serve seven terms as jailer, beginning in the 1930s. Charles Kiser, Property Valuation Administrator, has served seven terms, being first elected in 1981. The ladies finally got a chance to help govern in the COUNTY , when in 2002, Debbie Carper and Judy Roark won election as magistrates on the Fiscal Court. **. CARTER COUNTY contains two incorporated cities, Grayson and Olive Hill. Grayson named for Colonel Grayson, officially became a town in 1844, six years after the formation of the COUNTY . A map of that era shows eighty lots and five streets in the area around what is now the Courthouse. Around the early center of town were the Wilhoit Law Office and the Bagby General Store, along with the houses of the Goble, Davis, and Johnson families. Crossroads was an area along the stage coach line at the Barretts Creek ford that contained a large settlement until Grayson began to grow.

6 The first homes in the Olive Hill area were said to have been built by the Henderson family as early as 1792. Others included the Cox, Riggs and Reeves families. The Tackett family settled near Trough Camp. Zachary Tyree operated the first store in Olive Hill and the COUNTY 's first physician was Dr. John Steele, who practiced in Olive Hill beginning in 1855. It is thought the town was named by Capt. E. P. Davis for Thomas Oliver, the oldest citizen, and known as Olivers Hill before being shortened. Others have written that they believed that the name came from a rare Olive tree growing in the yard of a Dr. Lyon. The area was large enough to warrant a post office in 1844, with official recognition as a city from the state coming in 1861. The population of Olive Hill exceeded that of Grayson for some time through the early part of the 20th century, bolstered by the railroad and the firebrick industry. Grayson is now the larger of the two in terms of population and business districts.

7 Olive Hill had 1385 residents in 1920 with 832 in Grayson. In the last census, Grayson counted over 3800 with Olive Hill at 1800 residents. Much of the area growth in the 1980s and 90s has come from development of subdivisions outside the city limits of Grayson. The city received a large HUD grant in 1979 for rebuilding and renovating a 2. low-lying area of the city known as Dixie Park. The present renovated Municipal building in Grayson was built in 1941 as part of the J. Albert Bagby community park. Olive Hill celebrated its centennial in a big way in 1961 and buried a time capsule to be opened in 2061. Louie W. King, insurance agent and businessman, headed up a committee with pageants, shows, programs and a history written by Fred Evans. A play Out of These Hills, commemorated the occasion, as well. Grayson marked its Sesquicentennial in 1994 with various events. GO radio honored each native-born citizen as a Grayson Lieutenant. The whole COUNTY celebrated the nation's Bicentennial in 1976, with the publishing of a book, various programs and a play, Our Fathers Pride performed in Grayson for several nights with a cast of nearly a hundred local actors, recalling many episodes of the COUNTY 's history on stage.

8 Judge-Executive David McDavid worked with Hubert Rogers, Christine McGlone, Faye Cargo and Paul Hensley in directing the activities that included a buried time capsule at Grayson Lake. Looking back to 1890, Grayson and Olive Hill were not the only official towns. Enterprise, Mt. Savage, Denton, Willard, and Pleasant Valley also held charters. The map of that time, also showed Pactolus, Vincent, Reedville, Aden and Wesleyville, Grayson and Olive Hill are both served by a mayor and six-member city councils. J. A. Raybourn was honored for twenty years of mayoral service to Olive Hill having led the city for terms over four different decades. The city has had its periods of political turmoil. In 1992, the Council voted to impeach then mayor, Jim Short, but Short challenged it in court and refused to leave office. Others were appointed to be mayor, and amid the controversy, there were disputes, much division and rancor. Some humor was injected, though, when residents bought hats proclaiming I'm the mayor of Olive Hill.

9 Short was subsequently reelected and served one more term. In Grayson, the first woman to hold office in a COUNTY mayor's chair was Leda Dean, who was elected in 2002 and served four years. **. CARTER is one of the largest counties, geographically, in the state, covering 411 square miles in the foothills of eastern Kentucky. The elevation ranges from 520 to 1300 feet above sea level. It contains many colorful communities and areas of beautiful hills, woodlands, tremendous gorges, caves, and streams. It is known for its wide variety of trees, plants and wildlife. People have settled in all parts of the COUNTY and have built schools, churches, country general stores and post offices. Early families came mostly from the area of Virginia, then later groups migrated from the Big Sandy area. In the first part of the 20th century, with the brickyard boom, there was an influx of northern state workers. Many interesting facts highlight the history of some of these places where people made their homes.

10 CARTER City was once a railroad boom town, and the area was known as Smith Creek. Saulsberry was an early name for Aden. Cribbs Hill was so named because of the large corn cribs built there. The Stinson community has also been called Stringtown, Boghead 3. and Mechanicsburg. The place was once known as Bullseye Spring, then Fontana, and finally named Gregoryville in 1920 after a Judge Gregory. Many of the towns and landmarks take the names of families that helped shape the early history of the COUNTY . Tygart's Creek which winds through the COUNTY and its spectacular gorges was named by Michael Tygart, who along with Simon Kenton, were some of the first explorers to the area. Davy's Run was named after Dave Lunsford, the engineer on the train making the daily run. Grahn, named for Karl B. Grahn, a prominent industrialist, was once called Fireclay because of the large deposits of clay ore. Hitchins is named in honor of the manager of General Refractories that brought jobs and prosperity to the area in 1911. 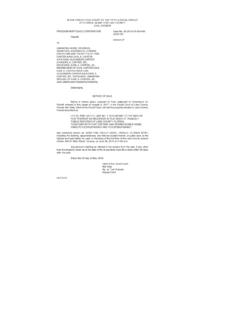 IN THE CIRCUIT CIVIL COURT OF THE FIFTH JUDICIAL CIRCUIT ...

in the circuit civil court of the fifth judicial circuit of florida, in and for lake county civil division freedom mortgage corporation case no. 35-2016-ca-001446-

2 Calhoun Located near the Old Calhoun Ferry Crossing on Trinity River. Travel FM 247, North to Lost Indian Camp Road. The cemetery is located on a high hill, with ornamental fence around it.