How to conduct a failure modes and effects ... - Siemens

2 The object of FMEA is to help design identified failures out of the system with the least cost in terms of time and defines the term failure mode to identify defects or errors, potential or actual, in a product design or process, with emphasis on those affecting the customer or end failure effect is the result of a failure mode on the product or system function as perceived by the user. failure effects can be described in terms of what the end user may see or experience. The study of consequences of identified failures is called effects prioritizes failures according to severity, frequency and detectability.

3 Severity describes the seriousness of failure consequences. Frequency describes how often failures can occur. Detectability refers to degree of difficulty in detecting also involves documenting current knowledge about failure seeks to mitigate risk at all levels with resulting prioritized actions that prevent failures or at least reduce their severity and/or probability of occurrence. It also defines and aids in selecting remedial activities that mitigate the impact and consequences of can be employed from the earliest design and conceptual stages onward through development and testing processes, into process control during ongoing operations throughout the life of the product or white paper issued by: Siemens PLM SoftwareWhite paper | How to conduct a failure modes and effects analysis (FMEA)4 Process steps in FMEA Step 1: Identify potential failures and effects Step 2: Determine severity Step 3.

4 Gauge likelihood of occurrence Step 4: failure detection Risk priority number (RPN)Step 1: Identify potential failures and effectsThe first FMEA step is to analyze functional requirements and their effects to identify all failure : warping, electrical short circuit, oxidation, modes in one component can induce them in others. List all failure modes per function in technical terms, consider-ing the ultimate effect(s) of each failure mode and noting the failure effect(s).Examples of failure effects include: overheating, noise, abnormal shutdown, user 2: Determine severity Severity is the seriousness of failure consequences of failure effects .

5 Usual practice rates failure effect severity (S) on a scale of one to 10 where one is lowest severity and 10 is highest. The following table shows typical FMEA severity ratings and their meanings:RatingMeaning1No effect, no danger2 Very minor usually noticed only by discriminating or very observant users3 Minor only minor part of the system affected; noticed by average users4-6 Moderate most users are inconvenienced and/or annoyed7-8 High loss of primary function; users are dissatisfied9-10 Very high hazardous. product becomes inoperative, customers angered.

6 failure constitutes a safety hazard and can cause injury or white paper issued by: Siemens PLM SoftwareWhite paper | How to conduct a failure modes and effects analysis (FMEA)5 Step 3: Gauge likelihood of occurrenceExamine cause(s) of each failure mode and how often failure occurs. Look at similar processes or products and their docu-mented failure modes . All potential failure causes should be identified and documented in technical terms. failure causes are often indicative of weaknesses in the of causes include: incorrect algorithm, insufficient or excess voltage, operating environment too hot, cold, humid, etc.

7 failure modes are assigned an occurrence ranking (O), again from one to 10, as shown in the following documented failures on similar products/processes2-3 Low relatively few failures 4-6 Moderate some occasional failures7-8 High repeated failures9-10 Very high failure is almost certain9-10 Very high hazardous. product becomes inoperative, customers angered. failure constitutes a safety hazard and can cause injury or white paper issued by: Siemens PLM SoftwareWhite paper | How to conduct a failure modes and effects analysis (FMEA)6 Step 4: failure detectionAfter remedial actions are determined, they should be tested for efficacy and efficiency.

8 Also, the design should be verified and inspections procedures Engineers inspect current system controls that prevent failure mode occurrence, or detect failures before they impact the Identify techniques used with similar products/systems to detect steps enable engineers to determine the likelihood of identifying or detecting failures. Then, each combination from steps one and two is assigned a detection value (D), which indicates how likely it is that failures will be detected, and ranks the ability of identified actions to remedy or remove defects or detect failures. 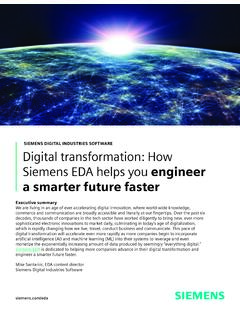 throughout the product lifecycle. In addition, since PMI complies with industry standards for 3D product definition, product teams now have the ability to use 3D models as a sanctioned and legitimate method for fully documenting product and manufacturing information. Capturing and conveying manufacturing requirements for 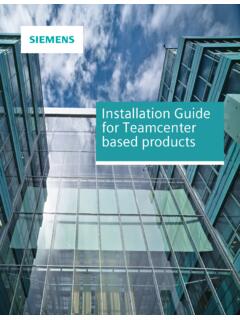