2 ACKNOWLEDGEMENTS The authors of this report would like to thank Vicky Fletcher and Judith Reilly for their time spent ‘reality checking’ the report.

3 This work originated from the acknowledgement of increasing problems relating to clients/residents smoking in their homes' and a growing group of employees, such as care assistants, who argue that they should not be directed to work in an area with a high degree of smoke when there is increasing evidence that second hand smoking is harmful. The literature reviewed was in the form of academic journal articles, website information, magazine/newspaper articles and various documents from government/official organisations. This brief report summarises the information in the review, focusing on control measures for second hand smoke exposure.

4 DEFINITION. Breathing and inhaling other people's smoke is called passive, involuntary, or second hand smoking. The non-smoker breathes sidestream' smoke from the burning tip of the cigarette and mainstream' smoke that has been inhaled and then exhaled by the smoker (ASH, 2004). Second hand smoking is an issue relevant to the workplace, as some employees are exposed to the smoke of fellow employees or that of customers or clients whether they want to be or not. There are certain regulations that are relevant to smoking in the workplace, cited in HSE's guidance on second hand smoking (INDG63L, 2002). Such relevant regulations are described in Annex 1.

5 KEY CHALLENGES. There are many issues and conflicts surrounding smoking in residential care homes. 1. The care home is first and foremost a resident's home . A smoking ban on long-term residents in workplaces such as care homes would be difficult to impose, as this would be a lifelong ban for most residents, unless they quit smoking or move elsewhere (Kochersberger and Clipp, 1996). Residents may feel that they should have the right to determine aspects of life considered important to them, such as the right to smoke in their home, particularly if they feel that smoking is one of the remaining pleasures and choices in life (Adler, Greeman, Rickers, and Kuskowski, 1997).

6 2. There is a conflict between the smoking of residents and the obligation or expectation that Health care settings should encourage behaviours consistent with good Health (Carosella, Ossip-Klein, Watt and Podgorski, 2002). 3. Facilities that permit smoking can face greater conflicts between residents and staff due to the need to assist and supervise residents' smoking and concern over Health risks of second hand smoking and fire (Adler et al, 1997). 4. 4. How community nurses can negotiate second hand smoking when visiting patients in their own home was reported as being a particular challenge. It was recognised that any legislation that currently exists would not necessarily cover community nurses working in people's homes.

7 It was argued that banning smoking was an infringement of the human rights of the patient and that it was important for patients to feel relaxed during treatment, which may occasionally require them to smoke. It may be difficult to enforce a smoking ban in the home during those times when visitors, such as nurses, may be present. 5. In addition to the Health effects of smoking, ASH (2001) reported other costs associated with smoking. These included costs to employers in terms of sick pay and lost productivity among smokers and non-smokers. There may also be poor morale caused by friction between smokers and non-smokers.

8 Benefits of smoking policies in the workplace, reported by ASH (2001) included reduced sickness absence, less risk of litigation from employees exposed to environmental tobacco smoke (ETS), reduced cleaning/redecorating, and reduced fire risk and insurance costs. FEASIBILITY OF SMOKING POLICIES IN RESIDENTIAL HOMES. International Evidence Other countries have introduced legislation to protect people, including workers, from environmental tobacco smoke, Australia, Canada, Hong Kong, Norway, with Eire following suit recently in 2004. However, while there are examples of countries that have passed laws to ensure all enclosed workplaces are smoke free, there are also cases where workplaces, such as care homes, are exempt from complete smoking bans ( Eire and Australia).

9 In Scotland, work is in hand to introduce legislation to ban smoking in all enclosed public places by Spring 2006, along the lines of the ban introduced in Eire in March 2004. Similar plans are also in train in Northern Ireland. England is currently consulting on legislation to make enclosed workplaces/public places smoke free. Every indication is that care homes are likely to be exempted from smoking legislation in England, Scotland and Wales. Case Law A case in the late 1990s considered the issues of reasonable practicability and whether a smoking policy can apply to residents of a nursing home (Sylvia Sparrow v St Andrew's Homes Limited, May 1998).

10 The Judge finally held that the employers were not negligent; that a smoking policy could not reasonably apply to the residents and that the employer had taken reasonable steps to protect employees from the hazards of tobacco smoke. The details of this case can be found in Annex 2. Feasibility Studies Some research suggests smoking policies in homes can work and that they have no major long-term negative effect in terms of behavioural indicators of unrest or non- compliance with residents. The details of some such studies can be found in Annex 2. 5. 2 POSSIBLE MEASURES TO CONTROL SECOND HAND. SMOKE EXPOSURE: FINDINGS FROM LITERATURE. 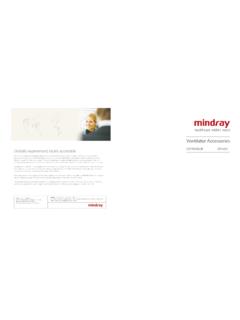 Ventilator Accessories CATALOGUE 2016.02 Mindray is one of the leading global providers of medical devices and solutions. Firmly … 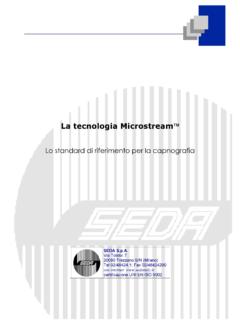 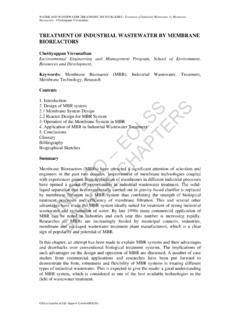 Treatment of Industrial Wastewater by Membrane … 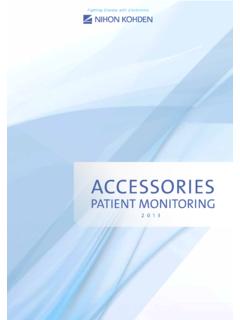