Problems over the Life Cycle of Small to Medium-Sized Firms • 323 ceived by a manager or managers in the firm. HRM activitiesare specific human re- source management practices used by the

2 However, the specific and mature. This so-called life cycle or stage types of people PROBLEMS or issues are not model of organizational growth has received well defined or well documented in previous considerable empirical support (Dodge & research. This article adds to the literature by Robbins, 1992; Hanks & Chandler, 1994; examining specific HR PROBLEMS across the Kazanjian, 1988; Kazanjian & Drazin, 1989). life cycle of small and medium-sized enter- Most previous studies of the life -cycle model prises (SMEs). have identified or examined different types of Another important feature of this work PROBLEMS based on the size, age, and/or is based on the fact that we address a pri- growth rate of the firm. Examples of these mary weakness of other life -cycle studies. PROBLEMS include the following: strategic po- Researchers often decide upon a number of sitioning, sales/marketing, product develop- stages and then force firms into a prede- ment, production, accounting/financial man- termined stage.

3 The problem with this is agement, external relations, people/ HUMAN that there has been no agreement upon the RESOURCE MANAGEMENT , organization, general correct number of stages in a life -cycle Correspondence to: Matthew W. Rutherford, The Hogan Entrepreneurial Leadership Program, Gonzaga Uni- versity, Spokane, WA 99258, 509-323-3406, HUMAN RESOURCE MANAGEMENT , Winter 2003, Vol. 42, No. 4, Pp. 321 335. 2004 Wiley Periodicals, Inc. Published online in Wiley InterScience ( ). DOI: 322 HUMAN RESOURCE MANAGEMENT , Winter 2003. model models range anywhere from three are unique PROBLEMS (content factors) asso- to ten stages depending upon the study ciated with various stages. (Stubbart & Smalley, 1999). We will over- For example, Kazanjian's (1988) study come this problem by using a novel, power- based on four life -cycle stages in technology ful exploratory classification analysis called new ventures conception and development, There is no a self-organizing map (SOM).

4 Similar to a commercialization, growth, and stability . clear evidence cluster analysis, the SOM approach will found differences in the types of dominant regarding the group cases together based on their similar- PROBLEMS across these stages. Six general sets number of stages a firm ity to one another. However, when compared of PROBLEMS were identified using a ques- to cluster analysis, the SOM provides a more tionnaire methodology: strategic positioning, rigorous grouping procedure through learn- sales/marketing, people, organizational sys- ing iterations and does not bias the data by tems, production, and external relations. assuming a certain number of groups (Jain, Some PROBLEMS ( , strategic positioning Mao, & Mohiuddin, 1996). and sales/marketing) were found to be domi- First we will examine what we know nant across all stages, while other PROBLEMS about the SME organizational life cycle.

5 We ( , external relations and organization). will then investigate the limited research ad- were more important in some stages and less dressing the intersection of life -cycle and so in others. People PROBLEMS appeared to be HUMAN RESOURCE PROBLEMS . This will lead to moderately important across all stages. specific propositions, which we will test Using a different research method using the SOM and multivariate analysis of (open-ended classification rather than variance. Finally, we will report results and forced-choice), Terpstra and Olson (1993). provide a discussion for these results. identified ten different types of PROBLEMS . obtaining external financing, internal finan- The SME Organizational life Cycle cial MANAGEMENT , sales/marketing, product development, production, general manage- Theory and research on the organizational ment, HUMAN RESOURCE MANAGEMENT , eco- life cycle (OLC) and stages of development nomic environment, and regulatory environ- indicates that firms progress through vari- ment over two stages (start-up and growth).

6 Ous stages over time. life -cycle models typ- Consistent with Kazanjian (1988), some ically reflect a sequential progression PROBLEMS ( , sales/marketing and internal through stages such as birth or start-up, financial MANAGEMENT ) were dominant in growth, maturity, and even decline. There is both stages. Other PROBLEMS ( , obtaining no clear evidence regarding the number of external funding and HUMAN RESOURCE man- stages a firm experiences scholars have agement) were more important in some submitted models varying between three stages than others. Huang and Brown (1999). and ten stages (Churchill & Lewis, 1983; conducted a follow-up to the Terpstra and Dodge & Robbins, 1992; Greiner, 1972; Olson (1993) study using a sample of 973. Kazanjian, 1988; Kazanjian & Drazin, 1989; small Australian firms. Their results gener- Kimberly & Miles, 1980; Miller & Friesen, ally supported the classification framework 1984; Quinn & Cameron, 1983; Scott, put forth by Terpstra and Olson (1993).)

7 1971). The controversy regarding the proper number of stages is made apparent life -Cycle and HUMAN RESOURCE by examining the overview of OLC studies MANAGEMENT PROBLEMS presented in Table I. There are, however, at least two observ- Several studies have examined HUMAN re- able themes across models. The most com- source MANAGEMENT (HRM) PROBLEMS or ac- mon theme is that, regardless of number, tivities related to the organizational life each stage is determined by the contextual cycle. While the distinction between HRM. factors of age of firm, growth rate, and size. PROBLEMS and activities is not always clear The other common theme is that many of in the literature, we define HRM PROBLEMS these models or studies suggest that there as people-related issues or concerns per- PROBLEMS over the life Cycle of Small to Medium-Sized Firms 323. TABLE I Table I Summary of OLC Works No.

9 HRM activities are specific HUMAN re- small-business owners rank HUMAN RESOURCE source MANAGEMENT practices used by the MANAGEMENT as the second most important firm. Our assumption is that HRM activities MANAGEMENT activity next to general man- are formal practices that are put in place to agement or organizational work, not much deal with HRM PROBLEMS . Thus, HRM has been written regarding the specific HRM. PROBLEMS generally precede the develop- PROBLEMS or the role of HRM activities in ment of HRM activities. The present study SMEs. Yet the large-firm literature increas- focuses on specific HRM PROBLEMS as de- ingly has focused attention on the critical fined by managers of SMEs. role of HRM practices to a firm's success. 324 HUMAN RESOURCE MANAGEMENT , Winter 2003. Barney (1991, 1995) and others (Boxall, needs differ depending on whether the firm is 1996; Pfeffer, 1994; Senge, 1990) have ar- in a start-up, fast-growth, controlled-growth, gued that certain firm-specific intangible or mature stage.

10 For example, they hypothe- sources of advantage (such as organizational size that in a start-up phase HRM activities history, culture, learning, and other HUMAN are loose and informal and most likely per- .. HUMAN dimensions of organizations) can be particu- formed by the owner/founder. In this first RESOURCE larly important to sustaining competitive ad- phase, the owner/founder is focused on a nar- MANAGEMENT vantage precisely because they are valuable, row range of HR issues related to hiring and and HUMAN RESOURCE rare, and extremely difficult to imitate. Ac- firing. As the firm experiences high growth, activities are cordingly, HUMAN RESOURCE MANAGEMENT and the demand for new employees increases;. strategically HUMAN RESOURCE activities are strategically this demand exceeds the owner/founder's ca- important to important to creating and sustaining compet- pacity to manage effectively. 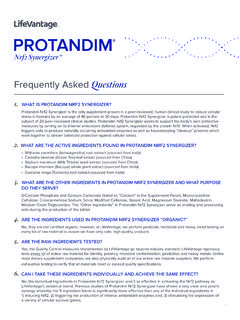 1 1. WHAT IS PROTANDIM NRF2 SYNERGIZER? Protandim Nrf2 Synergizer is the only supplement proven in a peer-reviewed, human clinical study to reduce cellular 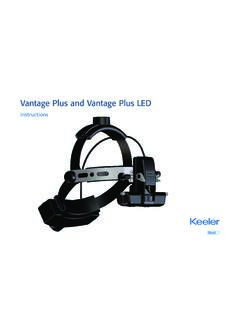 Back Next Introduction Thank you for purchasing the Keeler Vantage Plus Indirect Ophthalmoscope. We have taken the greatest care in the design, development and

Plus, Vantage, Vantage plus 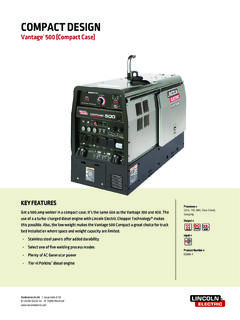 Vantage ® 500 (Compact Case) COMPACT DESIGN. Get a 500 amp welder in a compact case; it’s the same size as the Vantage 300 and 400. The . use of a a turbo-charged diesel engine with Lincoln Electric Chopper Technology® makes 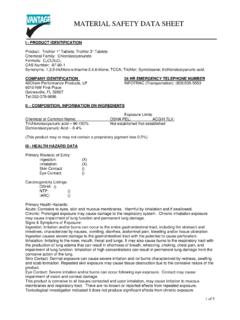 MATERIAL SAFETY DATA SHEET 3 of 5 guidance of plant engineering, operations and management, and for persons working with or handling this product.