2 From 8 September 2017, ships must manage their ballast water so that aquatic organisms and pathogens are removed or rendered harmless before the ballast water is released into a new location. This will help prevent the spread of invasive species as well as potentially harmful pathogens. IMO is the United Nations specialized agency with responsibility for developing global standards for ship safety and security and for the protection of the marine environment and the atmosphere from any harmful impacts of shipping. When did the BWM Convention enter into force? The BWM Convention entered into force globally on 8 September 2017. Which ships does the convention apply to? The convention applies to ships registered under contracting Parties to the BWM Convention, which take up and use ballast water during international voyages.

5 There are two ballast water management standards (D-1 and D-2). The D-1 standard requires ships to exchange their ballast water in open seas, away from coastal areas. Ideally, this means at least 200 nautical miles from land and in water at least 200 metres deep. By doing this, fewer organisms will survive and so ships will be less likely to introduce potentially harmful species when they release the ballast water. The D-2 standard specifies the maximum amount of viable organisms allowed to be discharged, including specified indicator microbes harmful to human health. From the date of entry into force of the BWM Convention, all ships must conform to at least the D-1 standard; and all new ships, to the D-2 standard.

6 Eventually, all ships will have to conform to the D-2 standard. For most ships, this involves installing special equipment to treat the ballast water. IMO Member Governments, meeting in the Marine Environment Protection Committee (MEPC), have agreed an implementation timetable for existing ships, linked to the ship's International Oil Pollution Prevention Certificate (IOPPC) renewal survey. What does the new schedule for implementation say? In essence, the schedule for implementation which has been agreed by the MEPC means that compliance with the D-2 standard will be phased in over time for individual ships, up to 8. September 2024. Over time, more and more ships will be compliant with the D-2 standard. (See the infographic).

9 D-1 standard The D-1 standard requires ships to conduct an exchange of ballast water such that at least 95% of water by volume is exchanged far away from the coast. D-2 standard The D-2 standard specifies that ships can only discharge ballast water that meets the following criteria: less than 10 viable organisms per cubic metre which are greater than or equal to 50 micrometres in minimum dimension;. less than 10 viable organisms per millilitre which are between 10 micrometres and 50 micrometres in minimum dimension;. less than 1 colony-forming unit (cfu) per 100 mililitres of Toxicogenic Vibrio cholerae;. less than 250 cfu per 100 millilitres of Escherichia coli; and less than 100 cfu per 100 milliliters of Intestinal Enterococci. 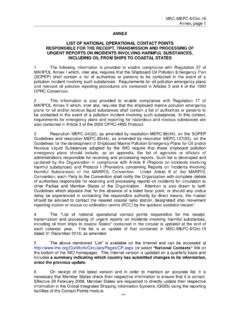 MSC-MEPC.6/Circ.16 Annex, page 2 Changes or Amendments to the LIST OF NATIONAL OPERATIONAL CONTACT POINTS RESPONSIBLE FOR THE RECEIPT, TRANSMISSION AND PROCESSING OF URGENT REPORTS ON 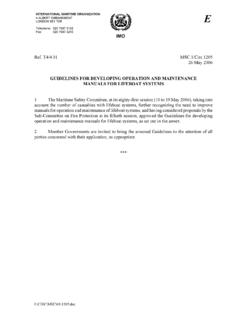 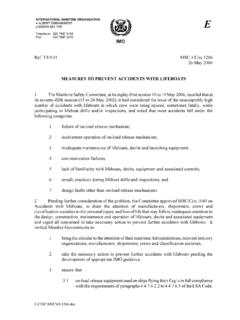 MEASURES TO PREVENT ACCIDENTS WITH LIFEBOATS 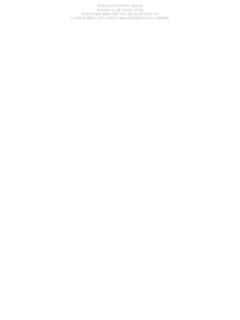 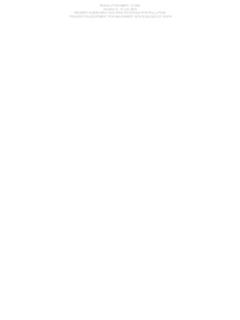 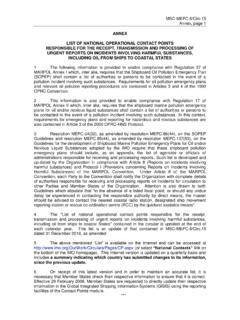 MSC-MEPC.6/Circ.15 Annex, page 2 Changes or Amendments to the LIST OF NATIONAL OPERATIONAL CONTACT POINTS RESPONSIBLE FOR THE RECEIPT, TRANSMISSION AND PROCESSING OF URGENT REPORTS ON

LISTING OF CURRENT IMO PUBLICATIONS at 12 … 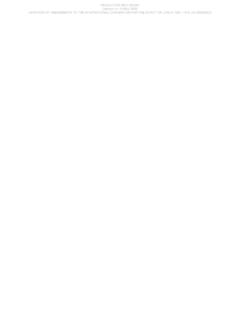 resolution msc.256(84) (adopted on 16 may 2008) adoption of amendments to the international convention for the safety of life at sea, 1974, as amended 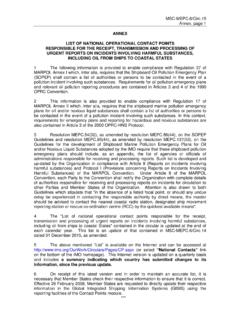 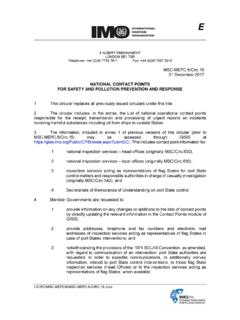 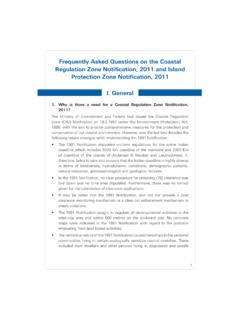 Frequently Asked Questions on the Coastal … 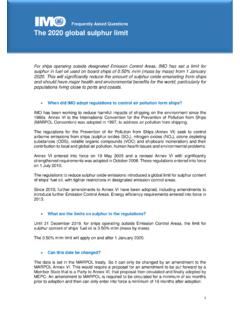 1 Frequently Asked Questions The 2020 global sulphur limit For ships operating outside designated Emission Control Areas, IMO has set a limit for sulphur in fuel oil used on board ships of 0.50% m/m (mass by mass) from 1 January 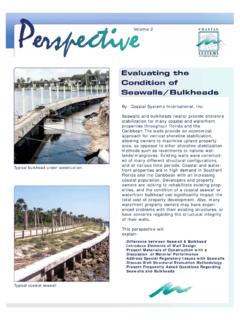 Evaluating the Condition of Seawalls/Bulkheads

By: Coastal Systems International, Inc. Seawalls and bulkheads (walls) provide shoreline stabilization for many coastal and waterfront properties throughout Florida and the 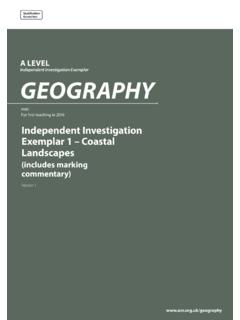 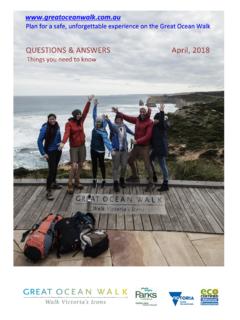 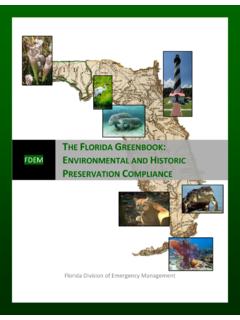 The Florida Greenbook: Environmental and Historic ... 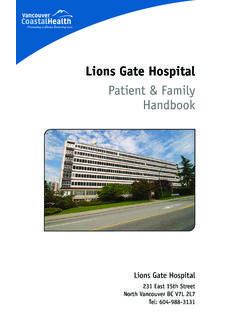