IN THE LABOUR COURT OF SOUTH AFRICA - …

IN THE LABOUR COURT OF SOUTH AFRICA . HELD AT JOHANNESBURG. Case no: J746/2011. Reportable In the matter between: SASBO THE FINANCE UNION Applicant And ABSA BANK LIMITED Respondent JUDGMENT. BHOOLA J: Introduction [1] This is an application in terms of section 189A(13) of the LABOUR Relations Act 66 of 1995 (the LRA), in which the applicant seeks urgent relief ordering the respondent to engage in a proper consultation process, and that it restores the status quo in the consultation process to 3 May 2011. Alternatively, it seeks an order that the respondent withdraws all communications at Absa Collections Cape Town, Absa Retail Bank Collections, Absa Vehicle and Asset Finance (AVAF) and Home Loans, including letters handed to the applicant's members.

IN THE LABOUR COURT OF SOUTH AFRICA HELD AT JOHANNESBURG Case no: J746/2011 Reportable In the matter between: SASBO – THE FINANCE UNION Applicant And ABSA BANK LIMITED Respondent

1 IN THE LABOUR COURT OF SOUTH AFRICA . HELD AT JOHANNESBURG. Case no: J746/2011. Reportable In the matter between: SASBO THE FINANCE UNION Applicant And ABSA BANK LIMITED Respondent JUDGMENT. BHOOLA J: Introduction [1] This is an application in terms of section 189A(13) of the LABOUR Relations Act 66 of 1995 (the LRA), in which the applicant seeks urgent relief ordering the respondent to engage in a proper consultation process, and that it restores the status quo in the consultation process to 3 May 2011. Alternatively, it seeks an order that the respondent withdraws all communications at Absa Collections Cape Town, Absa Retail Bank Collections, Absa Vehicle and Asset Finance (AVAF) and Home Loans, including letters handed to the applicant's members.

2 Background facts [2] The respondent embarked on a process to reorganise its AVAF, Home Loans and Collections departments in early 2011, with the objective of centralising these functions to reach increased profit targets by 2012. [3] The process is governed by the ABSA Reassignment and Retrenchment 1. Policy, a collective agreement entered into between the parties in 2008. The agreement regulates the method and process of consultation, provides the selection criteria to be applied and alternatives to be considered, as well as defining certain principles applicable to restructuring. It provides for a first consultation between the parties to encompass the following: (a) The commercial rationale ( business case ) pertaining to the restructuring.

3 (b) The current ( as is ) and the proposed ( to be ) structures;. (c) The potential people impact [4] The agreement makes provision for follow up consultation sessions until information referred to in paragraph is adequately covered. Paragraph incorporates the requirements for a meaningful joint consensus-seeking process as envisaged in section 189(2) of the LRA and lists the relevant information to be provided to affected employees and/or their representatives. This includes inter alia the reasons for the restructuring, alternatives to mitigate the impact, number of affected employees, selection criteria to be applied, proposed timeframes, assistance and future employment. The agreement provides that in the second consultation phase a reassignment and section 189(3) letter is issued to individual employees, who are excused from work for a period of 90 days and are paid for this period to search for alternative positions at the respondent.

4 [5] The parties embarked on a consultation process from 7 March 2011 until 4. May 2011 when the respondent closed the Cape Town collections offices and issued staff with reassignment or relocation letters. The consultation process The 7 March meeting [6] Despite this being common cause the founding affidavit omits any reference to the meeting held between on 7 March when the HR Guiding Principles . applicable to the restructuring were presented and discussed by the parties. It is further common cause that on the same day the power point presentation was sent to the applicant together with the meeting agenda. The power point presentation contained the business plan for the proposed restructure and sets out details relevant to the commercial rationale for the restructuring as well as detailed practical implications for each department including the current and proposed structure; the number of employees likely to be affected; the proposed impact on the affected employees; selection criteria; alternatives to retrenchment to be dealt with in the reassignment phase; proposed compensation for employees who accept a relocation; early retirement; voluntary retrenchment and severance benefits.

5 In it the respondent unambiguously disclosed its intention to close certain departments in Cape Town, Kwazulu Natal and Johannesburg, and to relocate or reassign employees. It also stated clearly that the Cape Town Collections department would be closed down and relocated to Johannesburg, and the Kwazulu-Natal AVAF. department would be closed. The 8 March meeting [7] According to the applicant the consultation process commenced on 8 March 2011 when the respondent announced, during a normal weekly meeting of the parties, that it contemplated major restructuring. The business plan for restructuring was presented (as circulated the previous day) by Thomas Mashaba, the Head of HR Retail and copies provided to the applicant's representatives (the deponent to the founding affidavit, Comfort Duma, Joe Kokela and Francina Peteke).

6 [8] The 8 March meeting involved specific consultations on the proposed change to each department. Although there is a dispute of fact about what occurred at this meeting, the minute of the meeting (signed by Duma, the deponent to the applicant's papers) is instructive. The minutes record the following in respect of the collections department: [t]he business plan to relocate functions from Cape Town to Johannesburg, the Cape Town office will be closed. There will be 174 employees affected; 23 will stay in current role but relocate to JHB; 112 will be placed on re- assignment & redeployed and 39 will remain in Cape Town (Trade Centre). The relocation advantage will be that employees will be developed, re-skilled, better employee engagements and continuity of business.

7 Affected employees will be given first preference for vacancies that will be available. No change to all remaining jobs/levels or remuneration change. There will be geographical and reporting line change . In respect of Home Loans the following is recorded: Home Loans production center consists of four (4) processing centers currently 3. servicing six (6) regions. KZN center will be closed. Randburg employees (148) will be relocated to Pretoria. In total 201 employees will be affected. All the KZN product employees will be placed on reassignment. Gauteng and Gauteng North will be consolidated into one processing center. There will be no change in job change, level, remuneration or headcount.

8 The travelling distance from Randburg to Pretoria will be reimbursed. There will be some reporting line changes Customer care centre. The Union responded that they will not engage the Bank but will forward the presentation to the entire NCF. The Union proposed that there should be a special NCF but cannot confirm date and time. The Union advised that there should be no communication with staff until a proper engagement . The 31 March meeting [9] A Mini Negotiating and Consultative Forum (NCF) took place on 31 March when the applicant complained that it had not received the timelines for the restructuring. There is a dispute of fact about this. The respondent alleges that it was provided to the applicant by hand as well as email, but a further copy was provided at the meeting.

9 The meeting was aborted however as the applicant had not circulated the business plan/power point presentation to its members on the NCF. and they were completely in the dark about the restructuring. It was agreed that the applicant would be given more time and that the parties would meet again on 6 April 2011, although with only core NCF members since the respondent was reluctant to waste the costs of travel again. The minutes also reflect that that the applicant said The union will never agree to retrenchments . The 6 April meeting [10] Duma states in the founding affidavit that as at the 6 April meeting the applicant was not entirely convinced that there was a commercial rationale for the restructuring.

10 However, no discussion of this issue appears from the minutes, which reflect an otherwise substantive engagement on alternatives to retrenchment. The applicant requested additional information, including demographic and vacancy information, and the parties discussed voluntary retrenchments as well as a transport allowance for relocated employees. The applicant made its position clear that it would not agree to retrenchment of its members, and made proposals to reduce the number of affected employees. It appeared that the applicant was aware that its members faced relocation, and accordingly engaged the respondent on alternatives including setting up SMMEs and services contracts with employees. 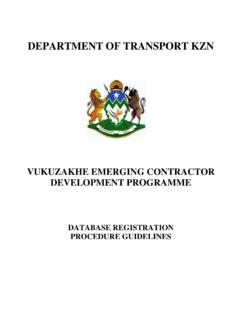 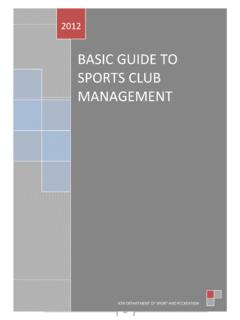 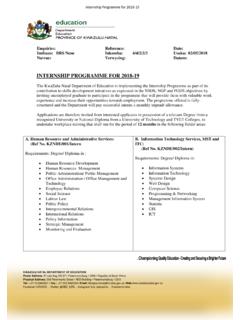 KINDLY RETURN ALL DOCUMENTATION WHEN REPLYING exceed the number of posts available in the KZN Department of Health. Applicants are thus warned not to presume that a post will be available for them. 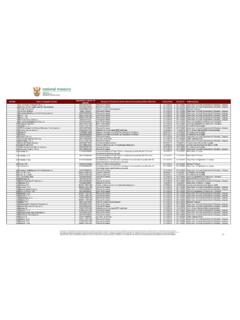