IN THE TAX COURT HELD AT MEGAWATT PARK - …

IN THE TAX COURT held AT MEGAWATT park . CASE NUMBER: 11773. Before Gildenhuys J. Accountant member: AC Geake Commercial member: S Tucker Heard on: 9 and 10 May 2007. Decided on: 5 October 2007. In case between: C (PTY) LTD Appellant and THE COMMISSIONER FOR THE SOUTH. AFRICAN REVENUE SERVICE Respondent JUDGMENT. GILDENHUYS J. [1] The appellant in this matter is a company duly registered and incorporated in terms of the Companies Act no 61 of 1973. The appellant's primary business is the award of licences to the security industry for the use of a computer programme which it developed, known as the CT Programme. [2] The case before the COURT relates to the assessment of the appellant for income tax in its 2004 year of assessment, covering the period from 1. March 2003 to 28 February 2004.

1 IN THE TAX COURT held AT MEGAWATT park . CASE NUMBER: 11773. Before Gildenhuys J. Accountant member: AC Geake Commercial member: S Tucker Heard on: 9 and 10 May 2007. Decided on: 5 October 2007. In case between: C (PTY) LTD Appellant and THE COMMISSIONER FOR THE SOUTH. AFRICAN REVENUE SERVICE Respondent JUDGMENT. GILDENHUYS J. [1] The appellant in this matter is a company duly registered and incorporated in terms of the Companies Act no 61 of 1973. The appellant's primary business is the award of licences to the security industry for the use of a computer programme which it developed, known as the CT Programme. [2] The case before the COURT relates to the assessment of the appellant for income tax in its 2004 year of assessment, covering the period from 1. March 2003 to 28 February 2004.

2 2. [3] At the end of the appellant's 2003 tax year, there was an accumulated assessed loss of R 3 338 The loss was principally made up of development expenditure in respect of the CT Programme. In the 2004 tax year, further loss of R424 was incurred. The only income for that year was R12 in respect of interest plus small amounts of sundry income, all of which the appellant conceded, for purposes of adjudication of the issues before me, to have been unrelated to trading. [4] The Commissioner disallowed the set-off of the loss carried forward by the appellant in terms of section 20(1) of the Income Tax Act No 58 of 1962, for the 2004 year of assessment. [5] The issues before the COURT turn mainly on the interpretation of subsections 20(1) and (2) of the Income Tax Act No 58 of 1962. The relevant subsections read as follows: (1) For the purposes of determining the taxable income derived by any person from carrying on any trade, there shall be, subject to section 20A, be set off against the income so derived by such person- (a) Any balance of assessed loss incurred by the taxpayer in any previous year which has been carried forward from the preceding year of assessment: Provided that- (2) For the purposes of this section assessed loss means any amount by which the deductions admissible under sections 11 to 19, inclusive, exceeded the income in respect of which they are so admissible.

3 3. [6] The Commissioner submits that, aside from the requirement that the appellant must have carried on a trade during the 2004 tax year, it is also a requirement of section 20(1) that income must have been received by or accrued to the taxpayer from such trade. If no such income had been derived, it will not be possible to balance the assessed loss against income, as required under section 20(1). The appellant, on the other hand, contends that the receipt or accrual of income is not a prerequisite, and if it is, then the section is unconstitutional on grounds set out in its Statement of Grounds of Appeal. Those grounds are not relevant for purposes of this judgment. [7] Several questions arise from the appeal. The parties agreed to separate one of them, viz whether the receipt or accrual of income is a pre- requisite for a set-off under section 20, for prior hearing and decision.

5 I will, for purposes of this judgment, assume that the other requirement for utilizing an assessed loss, namely that the taxpayer has carried on a trade during the year of assessment, has been fulfilled. [8] The issue has been raised in several Appellate Division and Supreme COURT of Appeal decisions, but not conclusively decided. In the seminal decision of SA Bazaars (Pty) Ltd v Commissioner for Inland Revenue 1952(4). SA 505 (A), the COURT considered a predecessor of the present section 20(1). which was, although differently constructed, for all practical purposes identical. Centlivres CJ said (at 510F): Under sub-sec (3) of sec 11 the balance of assessed loss incurred in any previous year can only be set off when it has been carried forward from the preceding year of assessment.. The learned Judge then continued and said (at 510H-511F): During the year ending on 30th June, 1944, therefore, the appellant did not carry on, within the meaning of sec.

6 11(1), a trade within the Union and it derived no income from any trade. Under that sub-section a deduction or set-off is admissible only against income derived from carrying on a trade. As the appellant carried on no trade 5. during the year under consideration it was not competent for it to set-off in its income tax return for that year the balance of assessed loss incurred by it in previous years. It is not necessary for the purpose of this case to decide whether the appellant would have been entitled to set-off that balance in respect of the year ending on 30th June, 1944, if during that year it had carried on a trade but earned no income.. [9] Beyers JA explained the SA Bazaars case in New Urban Properties Ltd v Secretary for Inland Revenue 1966 (1) SA 217 (A) at 224 D-F in the following terms: [Section 11(3)] envisages a continuity in setting off an assessed loss in every year succeeding the year in which it was originally incurred, so that in each succeeding year a balance can be struck to the satisfaction of the Secretary which can then be carried forward from year to year until it is exhausted; if, for any reason, the assessed loss cannot be so set off and balanced in any particular year, there is then no balance of assessed loss for that year which (viewed from that year of assessment).

7 Can be carried forward to the succeeding year, or (viewed from the succeeding year of assessment) there is no balance of assessed loss which has been carried forward from the preceding year of assessment ; in other words, the essential continuity has been fatally interrupted.. [10] The application of section 20 was again discussed by the Appellate Division in the case of Conshu (Pty) Ltd v Commissioner for Inland Revenue 1994 (4) SA 603 (A). After analysing the section, Harms JA said (in a majority judgment at 613 C-E): It follows, in my view, from this analysis that the word income', as used in the introductory part of s 20(1), is not used in its defined sense (cf Commissioner for 6. Inland Revenue v Simpson 1949 (4) SA 678 (A) at 692) but rather as the income taxable but for the set-off.

8 This all simply means that a set-off in terms of s 20 can only arise if there would otherwise have been taxable income, i e pre-tax profit. I find it impossible to perceive how, in an assessment to tax, set-off of an assessed loss can operate in relation to, say, an individual item of income such as the recoupment on the sale of an asset.. This conclusion (which Mr Spilg, who appeared on behalf of the appellant, submitted was obiter) was described by Dr Hendrik Coetzee in an article Thoughts on Taxation: Assessed Losses The Final Blow (Accountancy SA, Oct 1998, 19) as far-reaching . The effect of it is that, should there be no income in a given tax year, there can be no set-off of an assessed loss brought forward to that tax year. This conclusion will also hold if the term income is given its defined meaning instead of pre-tax profit.

9 [11] In Robin Consolidated Industries Ltd v Commissioner for Inland Revenue 1997 (3) SA 654 (SCA) at 665C, Schutz JA remarked that it appears from the SA Bazaars case that . set-off is admissible only (a) against income derived from trade; and (b) where the balance of assessed loss had been carried forward from the preceding year.. The effect of these propositions, as stated by Schultz JA at 665F, is that a balance can be carried forward from any year only if a balance has been struck in that year. 7. [12] The issue left open in the SA Bazaars case (viz whether set-off can take place in respect of a year during which the taxpayer carried on a trade but earned no trade income) arose again in the case of Commissioner, South African Revenue Service v Megs Investments (Pty) Ltd and Another 2005 (4).

10 SA 328 (SCA). Jones AJA, who delivered the COURT 's judgment, emphasized (at 333I) that this issue was also left open by Schutz JA in the Robin Consolidated Industries case. [13] The taxpayer in the Megs Investments case traded during the tax year in question. It sought to set off interest income earned during that tax year against the balance of assessed loss arising from trades which it carried on. Counsel conceded that to succeed, the taxpayer had to overcome the hurdle of showing a connection between the trades it carried on and the income it received. Jones AJA remarked (at 334F-H): This concession is in effect a concession of the correctness of the argument by the Commissioner that the point left open in the SA Bazaars case - whether setoff can operate if a trade is carried on but no income is derived from it - should be answered in this case in favour of the Commissioner. 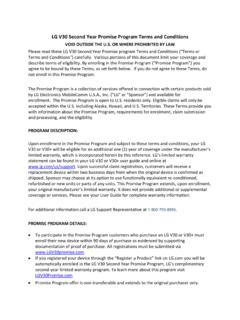 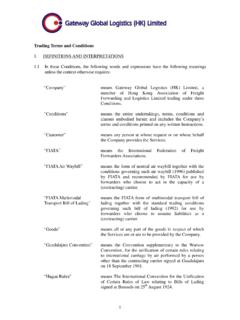 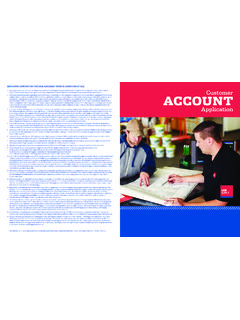 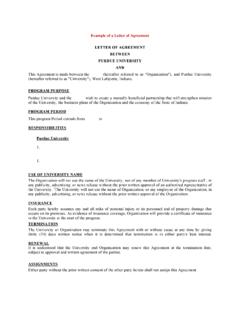 Example of a Letter of Agreement

Example of a Letter of Agreement LETTER OF AGREEMENT BETWEEN PURDUE UNIVERSITY AND This Agreement is made between the (hereafter referred to as "Organization"), and Purdue University

Agreement, Example, Letter, Example of a letter of agreement 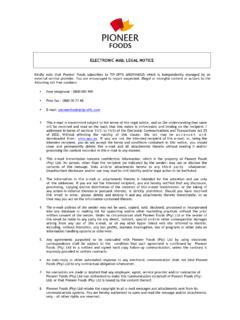 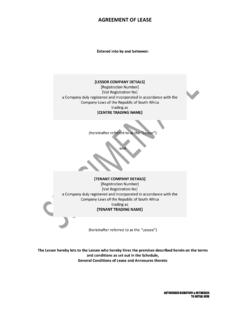 AUTHORISED SIGNATORY & WITNESSES TO INITIAL HERE AGREEMENT OF LEASE Entered into by and between: [LESSOR COMPANY DETIALS] [Registration Number]