The appellant contends that the military judge erroneously admitted into evidence the results of a urinalysis test, claiming that there was insufficient probable cause to …

2 The appellant was sentenced to 21 days confinement, reduction to pay grade E-1, and a bad-conduct discharge. The convening authority approved the sentence as adjudged. After carefully considering the record, the appellant's sole assignment of error alleging that the military judge erroneously admitted urinalysis test results where no probable cause existed to conduct the test, the Government's answer, and the appellant's reply, we conclude that the findings and sentence are correct in law and fact and that no error materially prejudicial to the substantial rights of the appellant was committed. Arts. 59(a). and 66(c), UCMJ. Admission of Urinalysis Test Results The appellant contends that the military judge erroneously admitted into evidence the results of a urinalysis test, claiming that there was insufficient probable cause to order the appellant to provide a urine sample. We disagree. On 30 August 2005, the appellant had submitted a leave request in order to care for her sick child.

3 Pending approval of her request, she reported to her work station. The appellant was notified by at least three individuals that she was required to submit a urine sample in the course of a random urinalysis prior to going on leave at 1201 on 30 August 2005. She acknowledged to all three notifying individuals that she would provide the sample before going on leave, at one point stating that she would provide the sample when she picked up her leave papers from the administrative office, which was adjacent to the testing site. The appellant did not provide a urine sample as she was required to do prior to going on leave. At approximately 1600, the Battalion Commander was notified that several Marines had not provided samples. It was ascertained that the appellant was the only Marine who had received notification to participate in the random urinalysis and was not otherwise excused or accounted for. The battalion commander requested that the appellant be called back in to provide the sample.

5 The appellant had ample opportunity and time to provide the sample before going on leave and did not do so. She never received any authorization to go on leave without providing the sample. 2. The battalion commander did not consider the appellant's declination to consent to a urinalysis after he had closed the random testing in making his probable cause determination. Although he was not 2. aware of the specific medical circumstances of the appellant's sick child prior to making his probable cause determination, this knowledge would not have changed his decision. 3. The battalion commander was aware that the appellant was pending disciplinary action for conduct related to her husband's pending COURT -martial for a positive urinalysis for cocaine, and that both the appellant and her husband were under investigation by law enforcement officials related to his drug use. However, his decision to issue the probable cause authorization for seizure of a urine sample was based 1.

6 On her apparent purposeful evasion of the random test. The military judge found, based on the preponderance of the evidence, that the information available to the battalion commander was sufficient to establish a reasonable and probable belief that the appellant had purposefully evaded the urinalysis and, given all the circumstances provided to him, a fair probability existed that the appellant's urine contained evidence of illegal drug use. Appellate Exhibit XXVIII. We review a military judge's ruling on a motion to suppress under an abuse of discretion standard. United States v. Rader, 65 30, 32 ( 2007); United States v. Khamsouk, 57 282, 286 ( 2002). However, we review the legal question of sufficiency of finding probable cause de novo using a totality of the circumsyances test. United States v. Reister, 44 409, 413 ( 1996)(holding that [c]onclusions of law are reviewed de novo.. ). In turn, this determination is based in large part on the facts found by the military judge, the review of which we conduct under a clearly erroneous standard.

8 2 Both the battalion commander and the appellant knew this on 30 August 2005. Based upon the appellant's pending disciplinary status and her husband's pending COURT -martial for a positive urinalysis, as well as the appellant's knowledge of the gravity of the requirement that she provide a sample for the random urinalysis, the battalion commander had sufficient evidence to permit him to conclude that the appellant had purposefully evaded the random urinalysis because evidence of drug use would be found in her urine. Accordingly, the battalion commander had a substantial basis for believing that the appellant had used a controlled substance, and that evidence of that use would be present in her urine. See United States v. Leedy, ___ ___, No. 06-0567, 2007 CCA LEXIS 828, at 10 (citing United States v. Bethea, 61 184, 187 ( 2005) and Illinois v. Gates, 462 213, 236. (1983)). This assignment of error is without merit. Conclusion Accordingly, the findings and sentence, as approved by the convening authority, are affirmed. 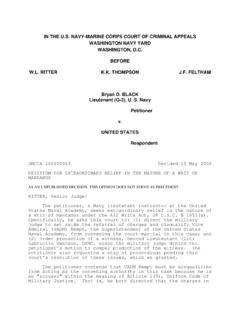 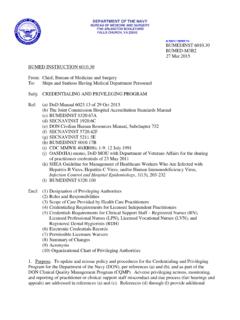 DEPARTMENT OF THE NAVY - JAG

department of the navy bureau of medicine and surgery 7700 arlington boulevard falls church, va 22042 in reply refer to bumedinst 6010.30 . bumed-m3b2

Department, Navy, Department of the navy

DEPARTMENT OF THE NAVY

Department, Navy, Department of the navy 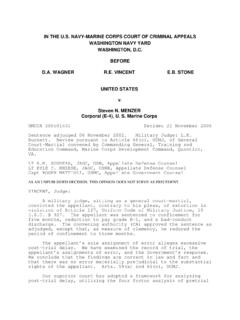 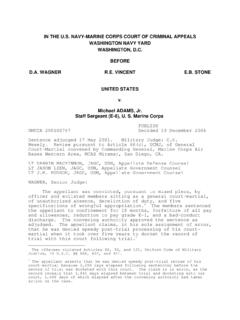 Barker, 407 U.S. at 530. The Supreme Court emphasized that the approach they set forth "is a balancing test, in which the 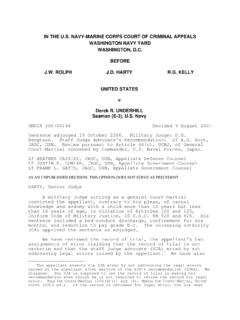 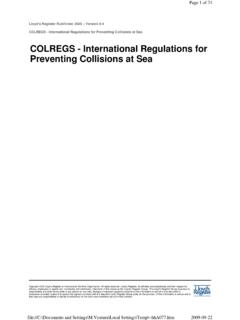 Lloyd’s Register Rulefinder 2005 – Version 9.4 COLREGS - International Regulations for Preventing Collisions at Se a - Articles of the Convention on the 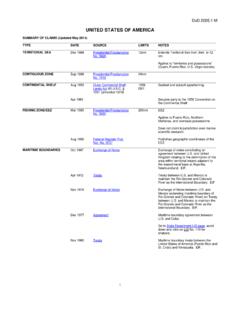 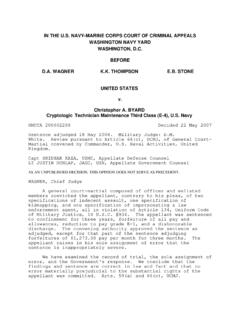 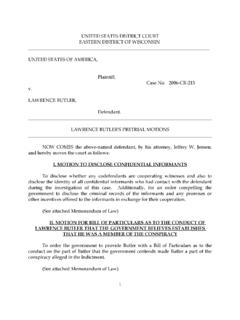 RULE 4. Warrant or Summons; Arrest (A) Issuance. (1) Upon complaint. If it appears from the complaint, or from an affidavit or affidavits filed with the complaint, that there is probable cause to believe that an offense has been

A District Court suppresses the evidence against a ... 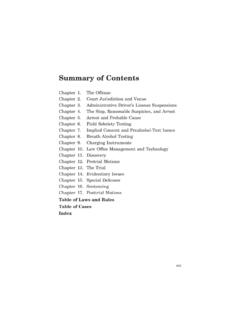 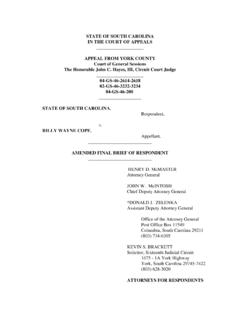 STATE OF SOUTH CAROLINA IN THE COURT OF …

STATE OF SOUTH CAROLINA IN THE COURT OF APPEALS _____ APPEAL FROM YORK COUNTY Court of General Sessions The Honorable John C. Hayes, III… 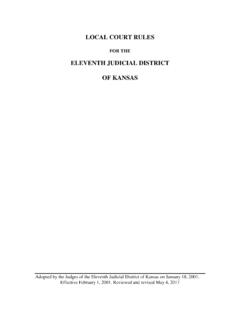