IN THE UNITED STATES BANKRUPTCY COURT FOR …

IN THE UNITED STATES BANKRUPTCY COURT FOR THE DISTRICT OF DELAWARE In re: Chapter 11 RADIOSHACK CORPORATION, et al.,1 Case No. 15-10197 (BLS) Jointly Administered

3 All of these obligations were secured by substantially all of RadioShack's assets. The Intercreditor Agreement provided that the Original ABL Lenders held a first lien on Liquid Collateral and a second lien on Fixed Assets. The SCP Lenders, in turn, enjoyed a first lien on Fixed Assets and a second lien on Liquid Collateral. In early October 2014, Cantor Fitzgerald succeeded as agent of the ABL Facility, new parties acquired the positions of the Original ABL Lenders, and the Original ABL Credit Agreement was restructured. 2 The COURT is not required to state findings or conclusions when ruling on a motion under Rule 12 .. Fed. R. Bankr. P. 7052(a)(3). Accordingly, the COURT herein makes no findings of fact and conclusions of law pursuant to Rule 7052 of the Federal Rules of BANKRUPTCY Procedure. 3 Capitalized terms used in this Introduction shall have the meanings assigned to such terms infra. 2. During the Chapter 11 case, a portion of RadioShack's business was sold as a going concern and the balance was shut down and liquidated.

5 More specifically, the record reflects that the SCP Lenders' consent was not contractually required for the October 3. 2014 restructuring, and their economic position was not impermissibly changed thereby: the SCP Lenders held junior liens on the Liquid Collateral, which were behind $585 million of first-priority liens, both before and after the October 2014 restructuring. Each of the nine causes of action set forth in the Amended Complaint is predicated exclusively on the proposition that the October 2014 restructuring vitiated or materially limited the ABL Lenders'. rights to be paid first from the proceeds of the Liquid Collateral. Because the COURT concludes that the October 2014 restructuring did not have this effect, the Amended Complaint will be dismissed with prejudice. II. BACKGROUND. RadioShack has been a significant part of the American retail landscape for over 90 years. Shortly before its BANKRUPTCY filing, RadioShack had more than 21,000 employees, 4,400 company-operated stores across the UNITED STATES , Mexico and Asia, and more than 1,100.

7 See Am. Compl. at 23-24; Moskowitz Decl. at Ex. A; Intercreditor Agreement 4 In deciding a motion to dismiss, a COURT may consider the allegations of the complaint, exhibits attached thereto, and items integral to or explicitly relied upon in the complaint. See, , Ali v. Amoroso, 514 F. App'x 108, 111-12 (3d Cir. 2013); In re Rockefeller Center Properties, Inc. Securities Litig., 184 280, 287 (3d ). (ruling that on a motion to dismiss COURT may consider certain material, including items integral to or explicitly relied upon in the complaint); Pension Benefit Guar. Corp. v. White Consol. Indus., Inc., 998 1192, 1196 (3d Cir. 1993) (holding that courts may consider undisputedly authentic documents attached as exhibits to a motion to dismiss if the plaintiff's claims are based on the documents). Here, the claims set forth in the Amended Complaint derive from the Intercreditor Agreement (the Intercreditor Agreement ) and the relevant loan documents. Additionally, there is no question as to their authenticity.

9 See Am. Compl. at 30. The October 2014 Transactions On October 3, 2014, the Original ABL Lenders sold all of their interests under the Original ABL Credit Agreement to General Retail 5 According to Salus's Amended Complaint, the $50 million term loan is a senior lien claim not addressed or disputed by [the] Amended Complaint and it is not relevant to its claims. See Am. Compl. 44, n. 5. 6. Holdings ( GRH ) and General Retail Funding LLC ( GRF ). See Am. Compl. at 34. GRH and GRF are affiliates of Standard General. See Am. Compl. at 34. GE Capital assigned its administrative and collateral agent role to Cantor Fitzgerald Securities LLC ( Cantor Fitzgerald ). See Am. Compl. at 35. Shortly thereafter, funds affiliated with BlueCrest Capital Management (New York) LP, DW. Partners, , Macquarie Credit Investment Management Inc., Mudrick Capital Management, LP, Saba Capital Management, , T. Rowe Price Associates, Inc. and Taconic Capital Advisors LP (collectively, the First Out Lenders ) acquired participating interests in the Original ABL Credit Agreement (the First Out Lenders, together with GRH and GRF, are collectively referred to hereinafter as the ABL Lenders ).

10 6. See Am. Compl. at 35. 6 The parties throughout their pleadings have used different terms to define the parties involved in the October 2014 transactions. The Amended Complaint refers to the Hedge Fund Lenders. See Am. Compl. at 3 (defining Hedge Fund Lenders . as certain of the defendants and/or their affiliates); Answering Brief at 27 n. 25. (clarifying that the Hedge Fund Lenders include all named defendants other than the ABL Agent ..). However, each of the moving parties does not. See Memorandum of Law in Opposition at 1 n. 1 (defining ABL Lenders and First Out Lenders and also explaining that Standard General , Litespeed Master Fund, Ltd. And Litespeed Management LLC may have improperly been named as defendants);. Memorandum of Law in Opposition at 10 n. 7 ( Salus may be referring to the ABL. Lenders as the Hedge Fund Lenders' .. ). For the purposes of this opinion, the COURT will use the term ABL Lenders to refer to all named defendants except Litespeed Master Fund, Ltd. 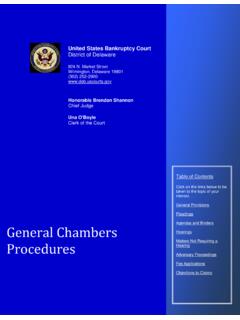 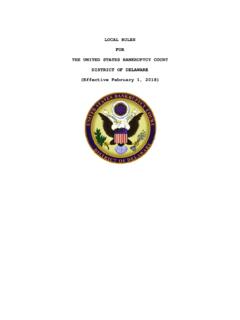 LOCAL RULES FOR THE UNITED STATES … 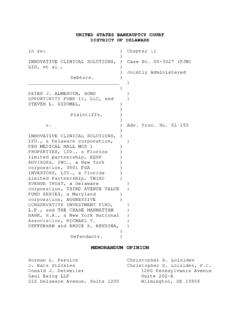 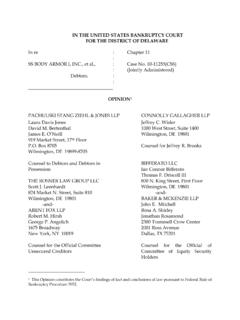 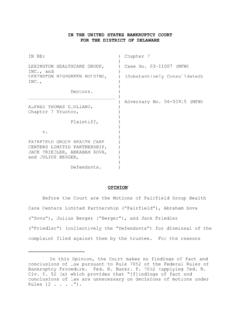 IN THE UNITED STATES BANKRUPTCY ... - District of Delaware

conclusions of law are unnecessary on decisions of motions under ... 2003, Lexington Healthcare Group, Inc. (the “Debtor”) filed a petition for relief under chapter 11 of the Bankruptcy Code. On May 19, 2004, the case was converted to a chapter 7 proceeding, and on May 20, 2004, Alfred Thomas Giuliano 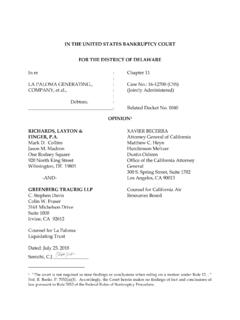 Generating Company, LLC and affiliated debtors, “La Paloma”) on the one hand,2 and the California State Board of Equalization (“SBE”) and Kern County on the other, are parties to litigation in the Superior Court of the State of California, Los Angeles County 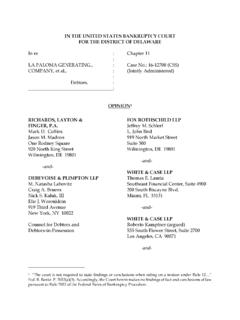 as of February 20, 2014, by and between La Paloma Generating Company, LLC, and the lenders and L/C issuers party thereto, and Bank of America, N.A., as … 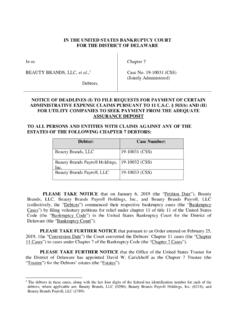 IN THE UNITED STATES BANKRUPTCY COURT FOR THE DISTRICT OF DELAWARE In re: BEAUTY BRANDS, LLC, et al., 1 Debtors. Chapter 7 Case No. 19-10031 (CSS) (Jointly Administered) 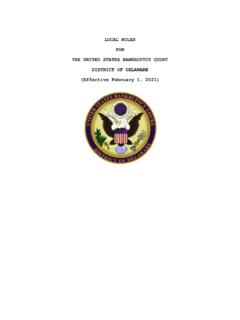 (a) Title and Citation. These rules ("Local Rules" or "Rules") shall be known as the "Local Rules of Bankruptcy Practice and Procedure of the United States Bankruptcy Court for the District of Delaware" (the "Court"). They may be cited as "Del. Bankr. L.R. __." (b) Application. These Local Rules shall be followed insofar 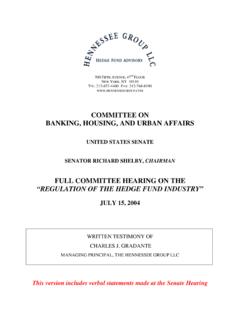 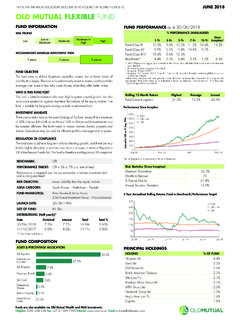 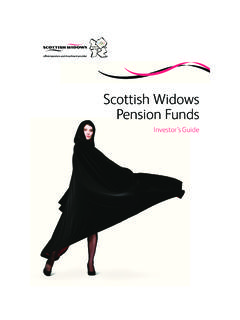 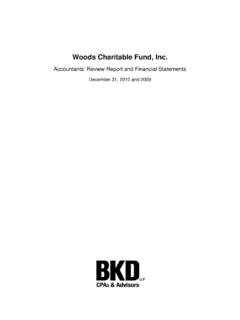 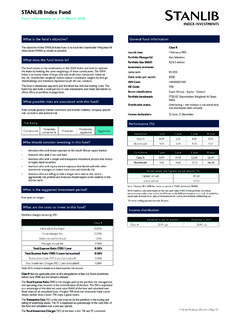