2 The original Complaint in this matter (the "Lawsuit") was filed on February 9, 2012. Plaintiff, James 0. Hines, Jr. ("Hines"), entered the litigation when an Amended Complaint was filed on November 30, 2012. Mr. Hines alleged that CoreLogic National Background Data, LLC. ("NBD" or "Defendant") did not comply with 168Ik(a) of the FCRA by providing him and the class members with the requisite notice or by maintaining the procedures mandated by the statute. 1 See 15 1681k(a). On December I 7, 2012, Defendant filed its Answer denying the allegations therein, The other plaintiff in the lawsuit, Tyrone Henderson, was determined not to be a class member of the class.

3 Therefore, Mr. Henderson is not a party to the class settlement. denying that the action was suitable for class certification pursuant to Federal Rule of Civil Procedure 23, and asserting affirmative defenses that Defendant contends are meritorious, notwithstanding its present willingness to enter into the Settlement Agreement. The Amended Complaint was subsequently amended further on July 17, 2015. Defendant likewise filed its Answer denying the allegations against it, and denying the suitability of this action for class treatment.

5 Pursuant to the Preliminary Approval Order, the COURT , among other things: (1). preliminarily certified (for settlement purposes only) a class of individuals with respect to the claims asserted in the Lawsuit; (2) preliminarily approved the proposed Agreement; (3). appointed the named Plaintiff as the Class Representatives; (4) appointed Consumer Litigation Associates, and Francis & Mailman, as Class Counsel; and (5) set the date and time of the Final Fairness Hearing. On September 27, 2017, the Parties filed their Motion for Approval of the Form of Notice to the Hines Settlement Class Members.

6 The COURT granted the Parties' motion by order ("Notice Approval Order") on October 17, 2017. 2. On February 2, 2018, upon consent of the Parties, the case was reassigned to UNITED STATES Magistrate Judge David J. Novak for all purposes [Dkt. No. 487]. On February 27, 2018, Plaintiff filed his Motion for Final Approval of Class Action Settlement (the "Final Approval Motion"). The Parties now request final certification of the settlement class under Fed. R. Civ. P. 23(b)(3) and final approval of the proposed class action settlement.

7 The COURT has read and considered the Agreement, Final Approval Motion, and the record. All capitalized terms have the meanings defined herein and/or in the Agreement. NOW, THEREFORE, it is ORDERED, ADJUDGED, and DECREED as follows: The COURT has jurisdiction over the subject matter of the Lawsuit and over all settling Parties hereto. Pursuant to Fed. R. Civ. P. 23(e), the Settlement of this action, as embodied in the terms of the Settlement Agreement, is hereby finally approved. The Settlement Agreement and any capitalized, defined terms are hereby incorporated by reference into this Final Order and Judgment Approving Settlement and Dismissing Action ("Order").

8 Capitalized terms in this Order shall, unless otherwise defined, have the same meaning as in the Settlement Agreement. Based upon the terms and conditions set forth in the Agreement and all of the files, records, and proceedings herein, it appears to the COURT that the Settlement is fair, reasonable, and adequate. The COURT held a hearing on March 20, 2018 at 10:00 , of which the Hines Settlement Class was notified by COURT -approved, mailed notice. Counsel for the Parties appeared and no other Class Members were in attendance.

9 Following that hearing, the COURT makes the following findings and conclusions. 3. Pursuant to Federal Rule of Civil Procedure 23(b )(3), the COURT finally certifies the following Settlement Class (the "Hines Settlement Class Members" or "Hines Settlement Class"): All natural persons who were the subject of search results provided by CoreLogic National Background Data ("NBD") between February 9, 2007 and January 12, 2012, as identified by Class Counsel to Defendant (approximately 75,400. persons), where: (i) NBD's Results Returned Database shows a criminal record hit from a state Sex Offender Registry; (ii) NBD did not return a date of birth to its customers for the Sex Offender Registry hit; (iii) the data file obtained from Watch Systems, LLP contains a publicly available first, middle name/initial, and last name that matches the first, middle name/initial and last name returned by NBD to its customer from the corresponding state. 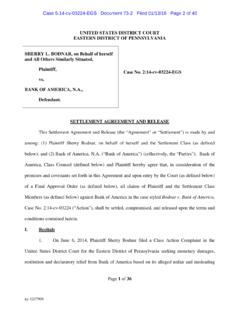 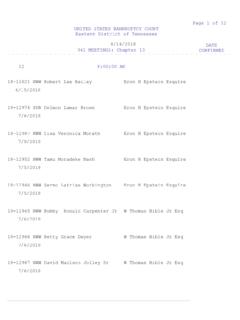