inah and Tawarruq Instrument as adopted by Some …

2 It was constituted by the BNM. under the Guidelines of Islamic Credit card dated on 1st August 2004. Generally, a number of models have been applied to produce the Islamic credit card around the world which is based on bay' al- inah, Tawarruq , hiwalah, murabahah, ijarah and kafalah or wakalah. In Malaysia, the Islamic credit card is executed by using the contract of bay' al- inah, Tawarruq and ujrah. The bay' al- inah model has been introduced by four Islamic financial institutions which are Am Bank Al-Taslif Credit card launched in December 2001, Bank Islam Malaysia Berhad Bank Islam card launched in July 2002, Bank Simpanan Nasional Al-Aiman card launched in December 2006 and Maybank Islamic Ikhwan card I launched in 2008. The Tawarruq model has been introduced by Bank Rakyat and this practice is followed by Bank Islam Malaysia Berhad (BIMB) by the end of 2008. Recently, the 1.

3 Model of Ujrah has been introduced by the HSBC Amanah1 and EON CAP Islamic Bank Berhad. On 29th June 2007, Bank Negara reported that, until May 2007, the total financing given by Islamic banking institutions through the Islamic credit card product had reached RM577 It could be said that Islamic credit card has played a vital role in the development and success of Islamic banking in Malaysia. Through this product, Muslims as well as non-Muslims are able to have their personal financing and make payments for high value items, foreign currency and items over the internet without being involved with ribawi (interest based) loans which are prohibited in Islam. At the same time, the Islamic credit card provides the added element of security through the Islamic insurance (Takaful). However, since the implementation of Islamic credit card in malaysian financial institutions , a large number of criticisms have been made regarding its compliance to the principles of Shariah.

4 It has been said that the structures and operations involved in its application are un-Islamic and merely a ploy (hilah) to legitimize interest. Shariah Issues of Islamic Credit card in Business Operation Framework The Bay' al- inah Structure Applied in Bank Islam card and Its Business Operational The Shariah Advisory Council of Bank Negara Malaysia (BNM) in its 18th meeting held on 12th April 2001/22nd Muharram 1422 resolved that the mechanism of 1. The former Chairman of Shariah Advisor of HSBC Amanah, Dr. Mohammad Akram Laldin said that the implementation of Ujrah concept in Islamic credit card has been approved by HSBC Shariah Advisory board in the Middle East. Dr Akram Laldin is now CEO of ISRA (International Islamic Research Academy). He was interviewed by the researcher, Kuala Lumpur, Oriental Mandarin Hotel, 11 November 2008. 2. Institute of Banking and Islamic Finance (IBFIM), "Kad Kredit Islam Tawar Banyak Kelebihan", Utusan Malaysia, Monday, 23rd July, 2007 3.

5 Mr Fakhrul Razi, Mr. Arif Arsyad and Mrs. Aliah, Interviewed by the researcher, Bank Islam Malaysia Berhad, Kuala Lumpur, 18 November 2008. 2. Islamic credit card which applies bay' al-inah concept to generate funds for credit purposes by a customer who request for Islamic credit card is permissible4. Bay' al-inah has been defined as to sell a commodity and buy it back or the bank purchases a commodity from its client on a spot basis and sells it back to the client at a cost-plus price and on a deferred basis. The Shariah Advisory Council of BNM. in its meeting held on 12th December 1998/23rd Sya ban 1419 resolved that bay' al- inah transaction is permissible based on the condition; bay' al-inah transaction must strictly follow the mechanism which is accepted by Shafi e Although bay' al-inah is permissible and has been widely used in the issuance of Islamic Credit card in Malaysia, some of the specific practices of bay' al-inah in this product have been strongly criticized by scholars mostly from Middle East.

6 The diagram below explains the structure of bay' al-inah in Bank Islam card (BIC). introduced by Bank Islam Malaysia Berhad (BIMB). 1. Sale (principle price + profit) by deferred payment Cardholder Bank Islam Wad ah Account 2. Buy back (principle price) by cash 1 The bank will sell an identifying asset to the customer the cardholder at a price consisting of the principal price plus profit to be paid by the customer on deferred payment. 4. Resolution of Shar ah Advisory Council of Bank Negara Malaysia, 2007, 25. 5. Ibid. 3. 2 Subsequently, the bank will buy back the identifying asset at principal price by way of cash payment. This cash money will be credited to the customer's account called Al-Wadiah Account through Bank Islam card (BIC). The Wadiah Account has its own financing limit based on the type of BIC. offered to the customer. The customer then can utilize the card up to its financing limit.

7 First Stage: Application of Bank Islam card by the Customer The new applicant has to complete and sign the application form accordingly. The submission of the application must be attached with required documents; which are a photocopy of the Identification card , 2 month s pay slip and the EA form or EPF. statement. For self-employed applicant, an additional document need to be submitted which is the business Second Stage: Processing and Approval by the Bank The applications will be submitted to Bank Islam card Centre and the officer in charge will process the application and make the evaluation and assessment of customer's credit profile. The customer's ability to make payment will be assessed through a proper review of the customer's salary or monthly income and their track record with each and every financial institution in Malaysia. Once the application has been approved, an offer letter will be issued to the Third Stage: Acceptance and Execution of Agreements All the approved Bank Islam Cards will be sent to the branches.

8 In this stage, the buying and selling contract (aqad al bay' al-inah) will be concluded. Prior to the execution of aqad, the underlying asset which is a piece of land will be identified. The land will be divided into small lots, according to the financing limit registered in the card . The existence of the identified land is a must and it's being recorded in the finance book. The value of the land has been computerized in the system and has been approved and achieved the standard required by Bank Negara 6. Researcher s Interview with the management of Bank Islam Malaysia Berhad, Kuala Lumpur, 18. November 2008. 7. Ibid. 8. Ibid. 4. During the sale agreement, when the system is tagged based on financing amount, the Bank will use and show the Share Certificates to check which lot of land is equivalent with the financing limit. Then, during the 'buy back' agreement, the customer or card holder will sell the land to the Bank, and the ownership of the land is transferred to the Bank.

9 The proceed of the sale will be deposited into the customers Wadiah Fourth Stage: Activation of the Credit card When the aqad is done, the Bank Islam card will be activated and it abides by the Shariah requirement. All business and usage of the card which contradict the Shariah are not allowed by the Procedures in Bank Islam card Transaction The Financing Limit The cardholder will get the Bank Islam card with the financing limit which has been placed in Wadiah Account. The financing limit given by the bank is based on the type of the card (Platinum, Gold or Classic). The minimum amount given is RM3, 000 and the maximum amount is RM100, The financing limit in Wadiah Account is considered as the cardholder's money. The amount can be utilized accordingly by the cardholder within three years. The Bank will charge for profit within the first three years and it is based on the usage and mode of Significantly, the cardholder's ability to use the Wadiah Account can be said to be 'revolving'.

10 When the cardholder makes repayment ( RM1000) within the grace period, another RM1, 000 will be 'topped up' or added in Wadiah 9. Ibid. 10. Ibid. 11. Ibid. 12. Ibid. 13. Ibid 5. The Profit Charge The bank will charge 18% per annum of the outstanding amount of all the purchases by the cardholder if no payment is made after the due date stated in the Statement of Account. The bank also will charge 18% per annum of the outstanding amount on the cash withdrawal if no payment is made, calculated on a daily basis from the transaction date until full repayment. The Profit Charge (18% per annum) which accrued by the bank is according to the first sale (the sale with deferred price). The percentage of the charged profit is stated in BNM regulation. It is always argued that the financing given by the Bank to the cardholder is taken from stakeholders funds. The bank has to take care of the business and funds of the Mode of Payment If the repayment is made within the grace period (20 days) from the date of the monthly Statement Account, the Bank will not charge any profit or interest. 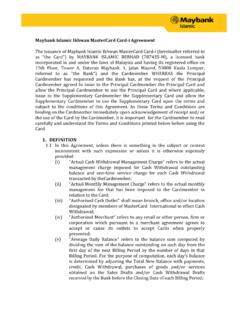 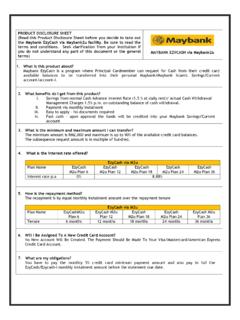 PRODUCT DISCLOSURE SHEET (Read this Product Disclosure Sheet before you decide to take out the Maybank EzyCash via Maybank2u facility. Be sure to read the 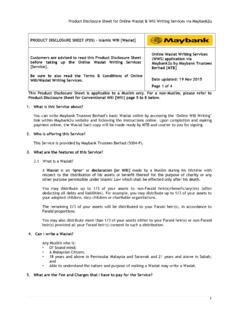 Product Disclosure Sheet for Online Wasiat & Will Writing Services via Maybank2u 2 A one-time fee of RM298 is payable for each Wasiat. All … 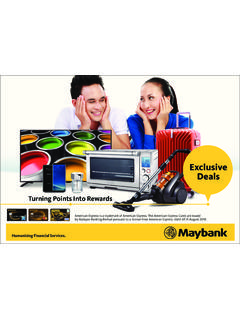 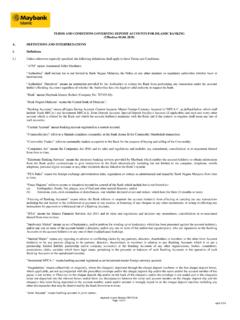 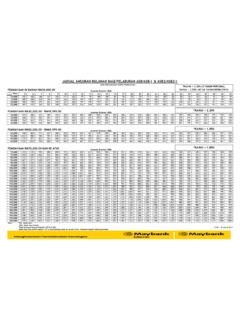 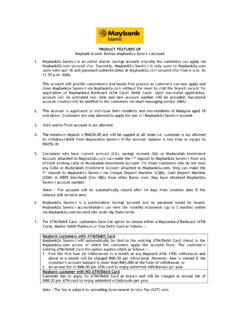 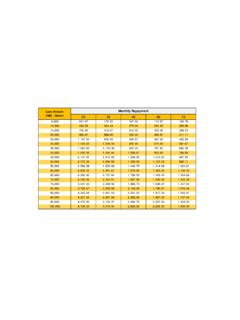 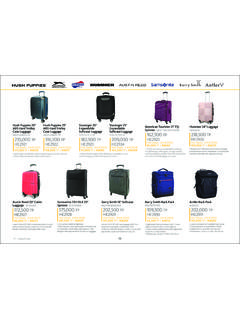 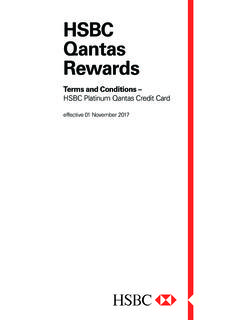