4 In any case, the new series gives data for only three years and thus cannot be used for a comparative long-run study over a period of time. Till such series becomes available, one has no option but to continue to use the series with base year 2004-05. This is what we do in the present edition although results based on the new series are also presented at relevant places. As in the case of the earlier editions, in this edition also we critically analyse the performance of the INDIAN economy over the years, discuss the problems confronting the different sectors, and carry out a threadbare evaluation of the different programmes being undertaken by the government in considerable detail. We also examine the challenges and opportunities facing the INDIAN economy in the new emerging global environment. The organisation, structure and contents of the present edition are as follows: Part I of the book Economic Development: A Theoretical Background' is divided into three chapters.

5 It discusses the concepts of economic growth and development, common characteristics of underdeveloped countries, the role of economic and non-economic factors in economic development, the concept of human development, human development index, gender inequality index, multidimensional poverty index, etc., and issues concerning the relationship between environment and development. Part II discusses the Structure of the INDIAN Economy' and consists of thirteen chapters. It is devoted to the discussion of various issues relating to the nature of the INDIAN economy including the natural resources and ecological issues, infrastructural development, population problem, poverty and unemployment, income growth and inequalities, etc. Part III of the book Basic Issues in Agriculture' consists of nine chapters. It starts with a discussion of the role, nature and cropping pattern of INDIAN agriculture and then takes up for discussion the issues in INDIAN agricultural policy (including a review of the new global opportunities and challenges facing INDIAN agriculture in the wake of the various agreements concluded under WTO).

6 We then proceed to a discussion of agricultural production and productivity trends, progress and failures in the field of land reform, green revolution and its impact on the rural economy of the country, agricultural finance and marketing, agricultural prices and agricultural price policy, the food security system in India, and agricultural labour. Part IV on The Industrial Sector and Services in INDIAN Economy' consists of ten chapters. It starts with a discussion of industrial development during the period of planning and then proceeds to discuss some major industries of India. This is followed by a discussion of small-scale industries, industrial policy, role and performance of public sector enterprises, the issue of privatisation in public sector enterprises, role of private sector in the INDIAN economy, CSR (corporate social responsibility), the problem of industrial sickness, and various issues relating to industrial labour (including exit policy). The last chapter in this part (Chapter 35) discusses the growth of the services sector and related issues.

7 Part V of the book concerns Foreign Trade and Foreign Capital.' Consisting of eight chapters, it starts with a discussion of the changes in the composition and direction of India's foreign trade, and then proceeds to a discussion (vi). of India's balance of payments, trade policy, policy relating to foreign capital, exchange rate and capital account convertibility, MNCs (including a discussion on FERA and FEMA), etc. The last two chapters of this part discuss in detail the opportunities and challenges that the INDIAN economy faces in the new global environment. We critically examine the overall working of the WTO and also take up for discussion India's new product patent regime. Part VI on Money and Banking' consists of six chapters. It starts with a discussion of the problem of inflation in India and then takes up the discussion of INDIAN money market, expansion and progress of commercial banking in India, Reserve Bank of India and a critical appraisal of its monetary policy, development of capital market in India and steps taken to strengthen this market in recent years (including steps taken by SEBI) and institutional financing.

8 Part VII on Public Finance' contains five chapters. In this part, we start with a discussion of the INDIAN tax structure. This is followed by a discussion of public expenditure and public debt in India. The chapter on India's Fiscal Policy' in addition to discussing the various aspects of fiscal policy as is being implemented in India, examines the issue of fiscal responsibility in detail. The last chapter of this part focuses on the issues related to federal finance in India. It also discusses the report of the Fourteenth Finance Commission in detail. Part VIII which is the last part of the book is on Economic Planning and Policy.' It contains nine chapters. Starting from a discussion of the rationale, features and objectives of planning, we proceed to discuss the strategy of development as envisaged in the various five year plans. This is followed by a discussion of the financing pattern of India's five year plans, sectoral allocation of resources, regional planning in India, the problem of black money, and assessment of planning in India (including a detailed discussion of the post-economic reform period).

9 The last chapter of the book (Chapter 63) considers the Twelfth Five Year Plan in detail. We take this opportunity to thank the large body of students, candidates appearing in different competitive examinations, researchers and teachers in various universities and colleges spread all over the country for continuously patronising our book all through these years and making it a standard textbook in its field. We are overwhelmed by the tremendous response to our efforts which has been an incentive for us to work hard to constantly revise and update our analysis and incorporate all new issues on INDIAN Economy in all their dimensions over the years. We also thank Dr. Divya Misra of Lady Shri Ram College, Delhi university , and Mrs. Kiran Puri for their help and support in preparing this edition. We also place on record our deep sense of gratitude to our publishers M/s. Himalaya Publishing House for their wholehearted cooperation all through the process of production of this new edition.

10 Puri (vii). PREFACE TO THE FIRST EDITION. The present book discusses the development issues facing the INDIAN economy. It is the experience of the authors that the traditional textbooks carry ample description and heaps of data but little analytical framework. The study of INDIAN economy is, therefore, reduced to a study of descriptions' and cramming of data. The student feels bored and loses interest in the subject. From a long-term point of view, this tendency is harmful for the development of the subject itself. Undoubtedly, some brilliant studies have been conducted by different scholars on some specific issues facing the economy but these studies are spread over a number of journals and research papers. The student has neither the time nor the patience to go through all of them. Their treatment is also highly technical and they are not easily accessible to the students. The authors have for long felt the need of a book that integrates the main results of these studies in the main text and supplies the missing links of information' to the student while strictly maintaining the overall textbook structure. 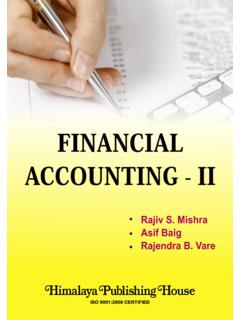 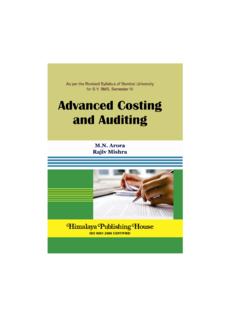 CONTRACT COSTING 3 within the financial year, only a part of the profit arrived is taken into account and the remaining profit is kept as reserve to meet any contingent loss on …

UNIVERSITY OF PUNE COURSE STRUCTURE FOR …

UNIVERSITY OF PUNE COURSE STRUCTURE FOR BACHELOR OF BUSINESS ADMINISTRATION (B.B.A.) 1. Title : The degree shall be titled as Bachelor of Business Administration (B.B.A.) under the Faculty 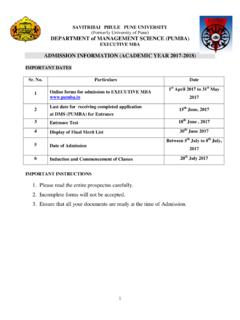 (Formerly University of Pune) DEPARTMENT of … 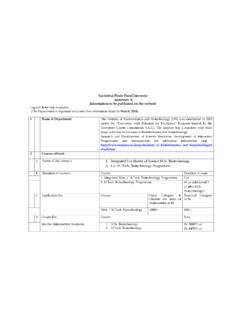 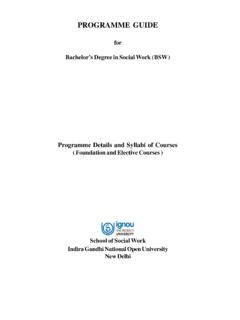 Foreword What is ‘Education’? What is its primary purpose, and what is not? Which approaches support it, and at which levels of cognition? So many basic questions that many of our ‘trained