TRAINING FOR THE Health SECTOR. [Date Place Event . Event Sponsor . Sponsor Organizer]. INDOOR AIR POLLUTION . Children's Health and the Environment WHO Training Package for the Health Sector World Health organization July 2008 version 1. <<NOTE TO USER: Please add details of the date, time, place and sponsorship of the meeting for which you are using this presentation in the space indicated.>>. <<NOTE TO USER: This is a large set of slides from which the presenter should select the most relevant ones to use in a specific presentation. These slides cover many facets of the problem. A number of slides refer to the specific issues related to INDOOR air POLLUTION in developing countries, as it represents a major determinant of the burden of disease in children. Present only those slides that apply most directly to the local situation in the region.>>. INDOOR Air POLLUTION LEARNING OBJECTIVES.

1 TRAINING FOR THE Health SECTOR. [Date Place Event . Event Sponsor . Sponsor Organizer]. INDOOR AIR POLLUTION . Children's Health and the Environment WHO Training Package for the Health Sector World Health organization July 2008 version 1. <<NOTE TO USER: Please add details of the date, time, place and sponsorship of the meeting for which you are using this presentation in the space indicated.>>. <<NOTE TO USER: This is a large set of slides from which the presenter should select the most relevant ones to use in a specific presentation. These slides cover many facets of the problem. A number of slides refer to the specific issues related to INDOOR air POLLUTION in developing countries, as it represents a major determinant of the burden of disease in children. Present only those slides that apply most directly to the local situation in the region.>>. INDOOR Air POLLUTION LEARNING OBJECTIVES.

2 TO UNDERSTAND, RECOGNIZE AND KNOW: Hazards of INDOOR air POLLUTION to children's Health Different toxicants in INDOOR air, according to sources, settings and activities Characteristics and issues relating to INDOOR air POLLUTION in industrialized and developing countries How to recognize, assess and address Health effects How to prevent exposure to INDOOR air contaminants 2. <<READ SLIDE>>. INDOOR Air POLLUTION OUTLINE. Scope of the problem of INDOOR air POLLUTION Particulate matter Carbon monoxide Secondhand tobacco smoke Pesticides Solvents Volatile organic compounds Biological pollutants - Mites - Allergens - Moulds Built environment Radon Asbestos Occupation- Occupation-related contaminants 3. <<READ SLIDE>>. <<NOTE TO USER: When selecting the slides to include in your presentation, please choose only those of relevance to the region/country and/or the interests of your audience.>>.

3 The INDOOR contaminants addressed in this module include: Particulate matter Carbon monoxide Secondhand tobacco smoke Pesticides Solvents Volatile organic compounds Biological pollutants - Mites - Allergens - Moulds Built environment Radon Asbestos Occupation-related contaminants INDOOR Air POLLUTION CHILDREN'S UNIQUE VULNERABILITY. Inhale more pollutants per kilogram of body weight than do adults Because airways are narrower, irritation can result in proportionately greater airway obstruction WHO 4. Infants and young children have a higher resting metabolic rate and rate of oxygen consumption per unit body weight than adults because they have a larger surface area per unit body weight and because they are growing rapidly. Therefore, their exposure to any air pollutant may be greater. In addition to an increased need for oxygen relative to their size, children have narrower airways than do adults.

4 Thus, irritation caused by air POLLUTION that would produce only a slight response in an adult can result in potentially significant obstruction in the airways of a young child. Ref: Moya J et al. Children's behavior and physiology and how it affects exposure to environmental contaminants. Pediatrics, 2004, 113:996. American Academy of Pediatrics Committee on Environmental Health . Pediatric Environmental Health , 2nd ed. Etzel RA, Ed. Elk Grove Village, IL: American Academy of Pediatrics, 2003. Children's Health and the Environment A global perspective. A resource guide for the Health sector, WHO, 2005. INDOOR Air POLLUTION SMALLER AIRWAYS MORE VULNERABLE. 5. The effect of oedema on the adult airway is much less dramatic than it is on the newborn's airway. One millimetre of oedema reduces the diameter of the adult airway by about 19%. whereas it reduces the diameter of the infant airway by 56%.

5 Compared to that of adults, the peripheral airway (bronchioles) is both relatively and absolutely smaller in infancy allowing intralumenal debris to cause proportionately greater obstruction. In addition, infants have relatively larger mucous glands, with a concomitant increase in secretions. They also have the potential for increased oedema because their airway mucosa is less tightly adherent. Lastly, there are fewer interalveolar pores (Kohn's pores) in the infant, producing a negative effect on collateral ventilation and increasing the likelihood of hyperinflation or atelectasis. The resting minute ventilation normalized for body weight in a newborn infant (400. cc/min/kg) is more than double that of an adult (150 cc/min/kg). Ref: Bar-on ME et al. Bronchiolitis. Prim Care, 1996, 23:805-19. Picture: - Copyright protected material used with permission of the authors: Drs. Michael and Donna D'Alessandro - and the University of Iowa's Virtual Hospital, INDOOR Air POLLUTION DEPOSITION OF POLLUTANTS IN RESPIRATORY TRACT.

6 CDC. 6. Respirable particles and gases affect different parts of the respiratory tree depending upon their inherent characteristics. For gases, relative solubility is important. For particles, size is important. This slide shows the upper, middle and lower respiratory tract. Note that sulfur dioxide, because it is highly water soluble, initially affects the upper airway, whereas ozone, which has medium solubility, initially affects the middle airways, and nitrogen dioxide, which has low solubility, initially affects the lower airways. INDOOR Air POLLUTION SIZE MATTERS. Coarse particles ( 10. micrometres) deposited in the upper respiratory tract and large airways Fine particles (< micrometres) may reach terminal bronchioles and alveoli 7. Particle size is the most important factor in determining where particles are deposited in the lung. Compared with large particles, fine particles can remain suspended in the atmosphere for longer periods and be transported over longer distances.

7 Some studies suggest that fine particles have stronger respiratory effects in children than large particles. This diagram shows that particles greater than 10 micrometres rarely make it past the upper airways, whereas fine particles smaller than 2 micrometres can make it as far as the alveoli. Ref: World Health organization . Air Quality Guidelines. Geneva, World Health organization : Department of Protection of the Human Environment, 2005. INDOOR Air POLLUTION RESPIRATORY DEVELOPMENT: CONTINUES THROUGH LINEAR GROWTH. Growth/structure Second-hand tobacco smoke Particulates Ozone 10 X 106 Alveoli 300 X 106 Alveoli Function (age 8) INDOOR air quality Ambient ozone 2 to 8. Dieter,t 2000. 8. Like the nervous system, the respiratory system continues to grow and develop through linear growth. The upper section of the diagram depicts the different developmental phases of the lungs corresponding to the age of the embryo/fetus.

8 It may be seen that at birth, a baby has about 10 million alveoli, but at age 8 years, the lungs have grown and the number of alveoli has reached 300 million. Exposures during this growth period are known to have adverse consequences on both structure (growth of the lungs, as illustrated in the diagram). and function (which is affected by INDOOR air quality and ozone exposure). Figure: Dietert RR et al. Workshop to identify critical windows of exposure for children's Health : immune and respiratory systems work group summary. Environmental Health Perspectives, 2000, 108:483-90. Reproduced with permission from Environmental Health Perspectives INDOOR Air POLLUTION Attributable burden of disease 0 4 years Illicit drugs Alcohol Ambient air POLLUTION Unsafe Health care injections Climate change Lead exposure Unsafe sex Iron deficiency Vitamin A deficiency Zinc deficiency INDOOR smoke from solid fuels Unsafe water, sanitation and hygiene Underweight 0 20000 40000 60000 80000 100000 120000 140000 160000.

9 1000 DALY. World Health Report 2002. 9. In analyses by the World Health organization (WHO) in 2002, the INDOOR smoke from solid fuels accounted for the third highest disability-adjusted life years (DALYs) for children 0 to 4. years of age. The DALY is a Health measure that incorporates loss of quality of life as well as loss of years of life. One DALY is the loss of one healthy life year. Ref: World Health Report 2002 ( ). Picture: World Health Report 2002. INDOOR Air POLLUTION CHILDREN'. CHILDREN'S INDOOR EXPOSURE. Level of economic development is a key factor Developing and industrialized countries Rural and urban areas Local climate Architecture/ventilation In urban areas, children may spend most of their time indoors. WHO. Most exposure to air contaminants occurs inside homes and schools. 10. <<READ SLIDE>>. The level of economic development is a key factor in determining children's exposures and the potential for responding to or improving their environment.

10 The level of social and economic development is linked closely to determinants of INDOOR air POLLUTION (IAP). There are major differences between developing and industrialized countries: IAP results from solid fuel use in the former, and from "chemicals" and "new substances" ( formaldehyde, insecticides and phthalates) in the latter. However, secondhand tobacco smoke is a pollutant common to both settings. IAP also differs between rural and urban areas due to the different economies and lifestyles. For example, dust and organic particles are more common in agricultural areas and mites or fungal contaminants in closed, unventilated urban dwellings. The local climate conditions should also be taken into consideration, as they have an impact on architecture (building materials used, structure, room distribution and characteristics) and particularly on the ventilation of the dwelling. Children in urban areas spend most of their time indoors, which means that their primary exposure to air POLLUTION may come from air inside homes and schools rather than outdoors. 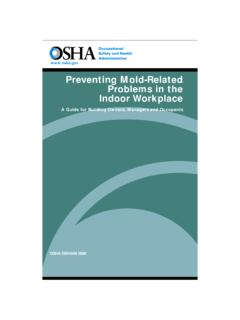 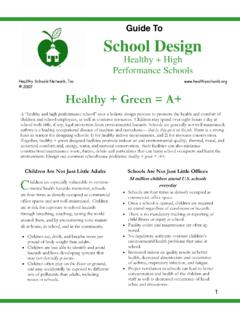 Lennox gives you more choices With a complete line of air handlers and indoor coils, Lennox provides a wide selection of quality products to meet your needs.

1 The Basics About children Children may be at special risk from exposures to molds at school. Young children’s lungs and other or‐

THE DAIKIN EDGE Daikin is the only company in the world dedicated to manufacturing both air‐conditioning systems and refrigerants.