Vivek R. Gandhewar et al. / international journal of Engineering and Technology (4), 2011, 277-284. Induction Furnace - A Review Vivek R. Gandhewar1*, Satish V. Bansod2, Atul 1,3. Mechanical Engineering Department, Jawaharlal Darda Inst. of Engg. & Tech. Yavatmal, India 2. Mechanical Engineering Department , Meghe Institute of Technology & Research, Badnera Rl.( ),India *Corresponding author Contact no: 09763702569 ). Abstract A new generation of industrial Induction melting furnaces has been developed during the last 25 years. Present practices followed in Induction Furnaces are discussed in this paper. Through a literature Review account of various practices presently being followed in steel industries using Induction Furnaces has been carried out with a view to gather principal of working. Apart from this a pilot study has also been carried out in few industries in India. We provide some recommendations for the productivity improvement.

1 Vivek R. Gandhewar et al. / international journal of Engineering and Technology (4), 2011, 277-284. Induction Furnace - A Review Vivek R. Gandhewar1*, Satish V. Bansod2, Atul 1,3. Mechanical Engineering Department, Jawaharlal Darda Inst. of Engg. & Tech. Yavatmal, India 2. Mechanical Engineering Department , Meghe Institute of Technology & Research, Badnera Rl.( ),India *Corresponding author Contact no: 09763702569 ). Abstract A new generation of industrial Induction melting furnaces has been developed during the last 25 years. Present practices followed in Induction Furnaces are discussed in this paper. Through a literature Review account of various practices presently being followed in steel industries using Induction Furnaces has been carried out with a view to gather principal of working. Apart from this a pilot study has also been carried out in few industries in India. We provide some recommendations for the productivity improvement.

2 Due to non availability of the proper instrumentations the effect of the ill practices can not be precisely judged. If this is properly measured, the percentage of productivity improvement in steel melting Induction Furnace can be Review is carried out from the literature in the various Journals and manuals. Keywords- Induction Furnace , molten metal , productivity, Melt rate I. INTRODUCTION. The development of Induction Furnaces starts as far back as Michael Faraday, who discovered the principle of electromagnetic Induction . However it was not until the late 1870's when De Ferranti, in Europe began experiments on Induction furnaces. In 1890,Edward Allen Colby patented an Induction Furnace for melting metals. The first practical usage was in Gysinnge, Sweden,by Kjellin in 1900 and was similar to the Colby Furnace with the primary closest to the core. The first steel made in an Induction Furnace in the United States was in 1907 in a Colby Furnace near Philadelphia.

3 The first Induction Furnace for three phase application was built in Germany in 1906 by Rochling-Rodenhauser. Original designs were for single phase and even two phases were used on the three phase Furnace . The two basic designs of Induction furnaces, the core type or channel Furnace and the coreless, are certainly not new to the industry. The channel Furnace is useful for small foundries with special requirements for large castings, especially if off-shift melting is practiced. It is widely used for duplexing operations and installations where production requirements demand a safe cushion of readily available molten metal. The coreless Induction Furnace is used when a quick melt of one alloy is desirable, or it is necessary to vary alloys frequently. The coreless Furnace may be completely emptied and restarted easily, makes it perfect for one-shift operations (10). Induction furnaces have increased in capacity to where modern high-power-density Induction furnaces are competing successfully with cupola melting ( ).

4 There are fewer chemical reactions to manage in Induction furnaces than in cupola furnaces, making it easier to achieve melt composition. However, Induction melting is more sensitive to quality of charge materials when compared to cupola or electric arc Furnace , limiting the types of scrap that can be melted. The inherent Induction stirring provides excellent metal homogeneity. Induction melting produces a fraction of the fumes that result from melting in an electric arc Furnace (heavy metal fumes and particulate emissions) or cupola (wide range of undesirable gaseous and particulate emissions as a result of the less restrictive charge materials). A new generation of industrial Induction melting furnaces has been developed during the last 25 years. The development of flexible, constant power-tracking, medium-frequency Induction power supplies has resulted in the widespread use of the batch melting methods in modern foundries.

5 These power units incorporate heavy- duty silicon-controlled rectifiers that are able to generate both the frequency and the amperage needed for batch melting and are able to achieve electrical efficiency levels exceeding 97%, a substantial improvement over the 85% efficiency typical of Induction power supplies of the 1970s. The new designs allow maximum utilization of Furnace power throughout the melting cycle with good control of stirring .Some of the largest commercial units are capable of melting at nearly 60 tons per hour and small furnaces with very high power densities of 700 to 1,000 kWh/ton can now melt a cold charge in 30 to 35 minutes. (4). ISSN : 0975-4024 August - September 2011 277. Vivek R. Gandhewar et al. / international journal of Engineering and Technology (4), 2011, 277-284. :Schematic of Induction Furnace A. Domestic Steel Sector Scenario 1) Present Scenario :After 2 years of depressed market, the steel market has suddenly shown competitiveness.

6 It is noted that Induction -melting furnaces in various parts of the country are at present operating to near capacity. However, the power is not supplied to the units fully. Revolution is taking place to make steel in India by utilising various technologies. India is therefore, emerging as a country with innovative idea to make steel, which is not followed by other countries in the world. In the first decade of twenty first century, major existing integrated steel plants will face a challenge in producing Long products from Induction Furnaces in producing steel economically and efficiently. (3). The iron and steel sector has been experiencing a slow down in the last few years. The major reasons for the slow growth in the steel sector during the last few years include:- (a) Sluggish demand in the steel consuming sectors (b) Overall economic slow down in the country (c) Lack of investment by Government/private sector in major infrastructure projects.

7 Sector investment is yet to materialise in the core sectors of the economy. This has also contributed to slowing down demand for steel. (d) Cost escalation in the input materials for iron and steel..(7). In the national steel policy recently announced by the Govt. of India, it is expected that FDI in the steel industry along with domestic investment will take place in large integrated steel plants. So, all the focus and of the steel policy is on the Primary Steel Sector while completely ignoring the Secondary Steel Sector.(1). Induction melting furnaces in India were first installed to make stainless steel from imported SS Scrap. But in years 81-82 some entrepreneurs, who were having small size Induction furnaces making stainless steel, experimented in making mild steel from steel melting scrap, they succeeded. More firms in northern India produced steel (Pencil Ingots) by using 500 kg to 1 tonne Induction furnaces.

8 The power consumption was found to be about 700 kWh/tonne, which was nearly 100 units less than EAFs. Bigger size Induction furnaces were then installed first in North India and then in other states of India. By 1985-86, the technology of making mild steel by Induction Furnace route was mastered by Indian Technicians. Induction Furnace manufacturers saw the potential and started manufacturing bigger size/capacity furnaces. By 1988-89 period 3 tonne per charge Induction furnaces were installed (became standard) all over India. The chemistry of melt was adjusted by adding mill scale, if opening carbon of bath was more. Good quality of steel melting scrap was used. In 1991-92, the Government license and control on steel making and rolling was removed. Then more Induction furnaces were installed all over India. The use of sponge iron made it possible to adjust chemistry of melt. Thus good quality of Mild Steel pencil ingots are being produced with no tramp elements.

9 (3). 2) Ferrous Scrap: The word Ferrous comes from the Latin word Ferrum . Most people associate scrap with waste or rubbish. However, our Industry prefers to refer to ourselves as Recyclers , who play a very important role, in not only feeding the Steel Industry but also protecting the environment by converting waste into wealth for society. Indian Steel Mills mainly import Shredded or Heavy Melting grades only. HMS is nearly 65% of the imports. 3) Global Requirement For Scrap: With global steel production at 1 billion tonne mark, merchant scrap requirement is estimated in the current year at 318 million tonnes. By the year 2010, requirement for merchant ISSN : 0975-4024 August - September 2011 278. Vivek R. Gandhewar et al. / international journal of Engineering and Technology (4), 2011, 277-284. scrap is likely to go up to 388 million tonnes. As the GDP grows in developing countries, the generation of merchant scrap will increase and additional processing capacities and scrap yards will have to be installed to meet the demand for quality scrap needed for the increasing steel demand.

10 (2). II. CONSTRUCTION AND WORKING. Combustion furnaces and Induction furnaces produce heat in two entirely different a combustion Furnace , heat is created by burning a fuel such as coke, oil or natural gas. The burning fuel brings the interior temperature of the Furnace above the melting point of the charge material placed inside. This heats the surface of the charge material, causing it to melt. Induction furnaces produce their heat cleanly, without combustion. Alternating electric current from an Induction power unit flows into a Furnace and through a coil made of hollow copper tubing. This creates an electromagnetic field that passes through the refractory material and couples with conductive metal charge inside the Furnace . This induces electric current to flow inside the metal charge itself, producing heat that rapidly causes the metal to melt. Although some Furnace surfaces may become hot enough to present a burn hazard, with Induction , you heat the charge directly, not the Furnace . 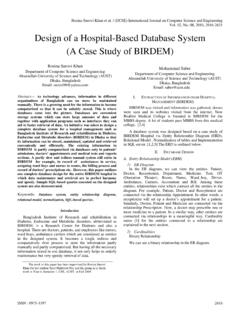 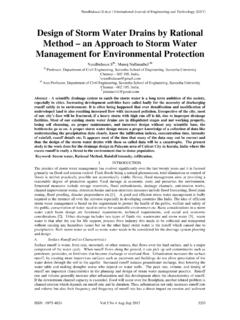 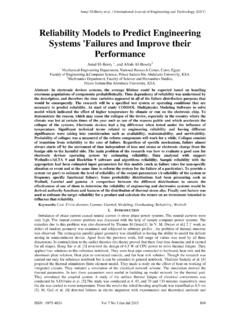 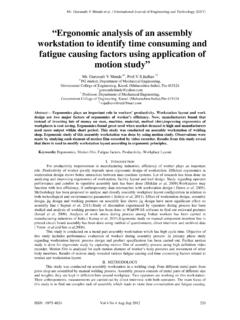 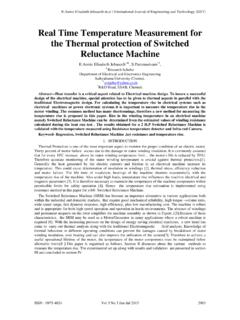 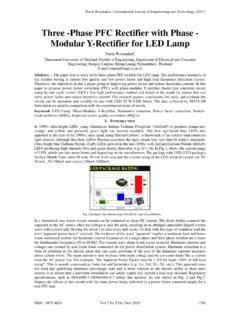 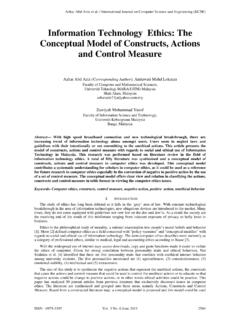 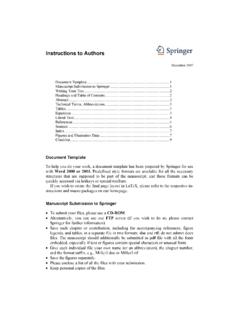 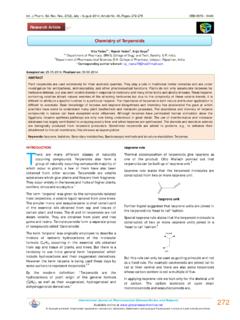 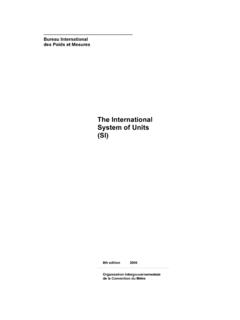 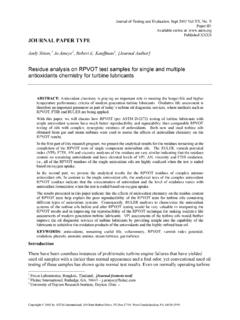 3 1. The important Role of Antioxidants in Modern Lubricants When modern turbine lubricants are developed, the lubricant manufacturing company has an

HOW DOES IR APPLY TO LUBE ANALYSIS? It is useful for the layman to treat infrared analysis as the chemistry of Carbon, Hydrogen, Oxygen, Nitrogen

Power Up Your Analytical Method Transfer

BioPharma Solutions Connect to the resources you need. Webinar – May 16th 2007 Power Up Your Analytical Method Transfer

Your, Methods, Transfer, Analytical, Up your analytical method transfer 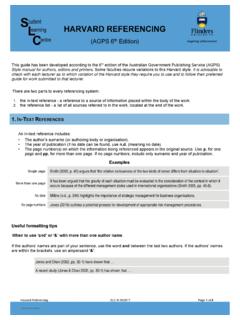 Harvard Referencing SLC © 06/2017 Page 1 of 8 This guide has been developed according to the 6th edition of the Australian Government Publishing Service (AGPS) Style manual for authors, editors and printers.