Introduction It is beyond the scope of this chapter to discuss in any depth the many important animal diseases that cross-infect domestic and wild animals.

2 The authors have attempted to highlight the fact that these disease problems are frequently bi-directional at the wildlife / livestock interface. The different categories of diseases involved are presented. A new dimension being faced by veterinary regulatory authorities is the spectre of emerging sylvatic foci of diseases, such as bovine tuberculosis, bovine brucellosis and possibly rinderpest; these diseases threaten to undermine national and international eradication schemes, which have been implemented and executed with significant success, and at great cost. Conversely, wildlife - based ecotourism world-wide has expanded rapidly over the past decade and is the source of lacking foreign revenue for many developing countries.

3 Traditional subsistence farming is still the largest source of much-needed protein on some continents and this, together with the growth and hunger of historically disadvantaged communities for land, is forcing enterprises and communities with markedly different objectives and land-use practices to operate effectively in close proximity. Some land-users rely exclusively on wildlife , others on livestock and/or agronomy, while yet others need to combine these activities. The net result may be an expansion or intensification of the interface between wildlife and domestic livestock , which will require innovative control strategies that permit differing types of wildlife / livestock interaction, and that do not threaten the land-use options of neighbours, or the ability of a country to market animals and animal products profitably.

4 Keywords animal diseases Diagnosis Domestic animals Management wildlife . Introduction along a fence line, or patchy reflecting habitat preferences of a disease host. It may also be focal at a shared water point, or It is beyond the scope of this chapter to discuss in any depth diffuse, where range and resources are shared such as the case the many important animal diseases that cross-infect domestic with the pastoral societies in the savannah ecosystems of Africa, and wild animals. Certain of these diseases are covered and also in North America and the entire area of greater Europe individually in sufficient detail in other chapters of this book. where abundant populations of wild cervids and suids occur in The objective of this chapter is to illustrate and discuss certain many rural areas.

5 Wherever this interface occurs, it should be epidemiological concepts, observations and philosophies regarded as a two-way street with the potential for the related to diseases crossing the interface between livestock and transmission of pathogens in either direction: from the wild to free-ranging wildlife , with emphasis on their detection, domestic animals, or from domestic animals to wildlife . In diagnosis and management. This interface may be linear, as general, animal diseases which occur in any specific country or OIE - 2002. 54 Rev. sci. tech. Off. int. Epiz., 21 (1). region, fall arbitrarily into one or more of three basic categories, climatic and environmental factors, presence or absence of namely: maintenance hosts, mode of transmission, presence or seasonal abundance of vectors, and presence of susceptible populations.

6 Indigenous diseases, which are endemic to the country or Diseases with major epizootic potential are generally the highly region and are generally maintained in the livestock herds contagious viral diseases ( foot and mouth disease [FMD], and/or free-ranging wildlife populations; this category also rinderpest, Newcastle disease , African swine fever and classical includes certain multi-species diseases that have an almost swine fever), and these may have a significant impact on world-wide distribution, such as anthrax, rabies as well as domestic livestock populations, agricultural-based export certain enteropathogenic and anaerobic bacterial diseases economies and wildlife .

7 However, at the rural, subsistence alien/exotic diseases which have been introduced into a farming and pastoral levels of the developing world, it is most country or region, usually from the importation of infected frequently the vector-borne diseases, such as trypanosomosis, animals or animal products cowdriosis and theileriosis, which only have moderate or limited epizootic potential, that are the greatest disease emerging, re-emerging or truly novel diseases. obstacles to agricultural development and prosperity. Frequently, sympatric wildlife are resistant to these diseases, animal health is an important issue for the agricultural and may even be silent carriers of infection.

8 Industries as well as wildlife conservationists. Both groups have concerns as to what impact various diseases may have on their animals or populations, and each group is apprehensive about possible disease introduction and transmission at the interface. wildlife -maintained Despite the contrasting perspectives of livestock -based agriculture and wildlife conservationists on animal health (indigenous) diseases issues, it must be stressed that there is substantial common ground. In much of sub-Saharan Africa, pastoralism has Table I lists some of the more important diseases associated with wildlife that have been known to cause disease in traditionally provided a viable land use and a relatively domestic livestock .

9 The single most important factor sustainable livelihood. Pastoralists have shown a remarkable responsible for causing an outbreak of any one of these diseases degree of tolerance for wildlife with which they share the is probably the direct or indirect (vector) contact of infected habitat, this resulting in significant populations of wild animals wild hosts or populations with susceptible domestic animals at outside of officially protected areas'. the interface of their ranges; where mixing has occurred on common rangeland, or where other resources (water) are In developed countries, many of the same people are involved shared. in both wildlife conservation and animal agriculture activities, and have an understanding of both sides of the controversial The epidemiological determinants, transmission and issues.

10 Frequently, livestock are grazed on public land that is maintenance mechanisms have been studied in depth and shared by wildlife . livestock agriculturists and wildlife are well understood for some of these diseases, as discussed managers understand the concept and value of population below, while for others, such as cowdriosis, Rift Valley fever, health management as opposed to individual animal treatment lumpy skin disease , Newcastle disease and bluetongue, there and the concern for foreign animal disease introduction is are still many unanswered epidemiological questions. mutual. In addition, both groups are competing against a tide of humanity' as human populations increase the demand for Foot and mouth disease land and water resources.

Description and importance of the disease - Home: …

Description and importance of the disease: Pullorum disease of chickens is a bacterial infection caused by Salmonella enterica subspecies enterica serovar Gallinarum biovar … 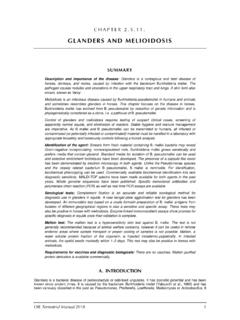 Description and importance of the disease: Glanders is a contagious and fatal disease of horses, donkeys, and mules, caused by infection with the bacterium Burkholderia mallei.

Laboratory risk assessments are used to identify the specific biosafety and biosecurity measures needed to contain and work safely with specific biological agents and toxins in a laboratory or animal facility. 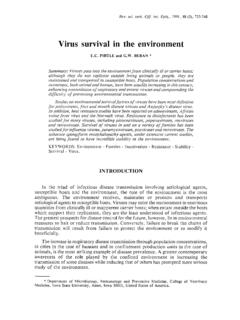 734 This review of the survival of viruses in the environment attempts to consolidate data from reported studies. Further investigation of how numerous viruses survive 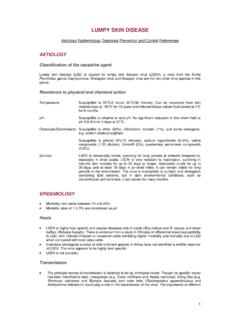 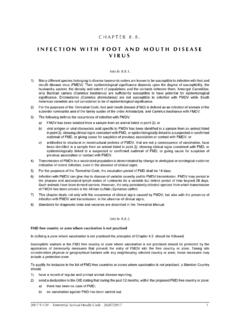 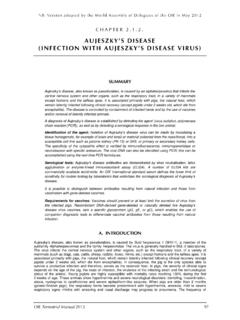 Identification of the agent: Serological tests ...

Aujeszky’s disease, also known as pseudorabies, is caused by an alphaherpesvirus that infects the central nervous system and other organs, such as the respiratory tract, in a variety of mammals 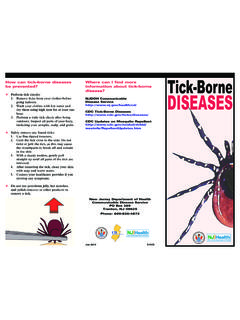 be prevented? Where can I find more disease? Tick …

Tick-Borne DISEASES How can tick-borne diseases be prevented? v Perform tick checks: 1. Remove ticks from your clothes before going indoors. 2. Wash your clothes with hot water and 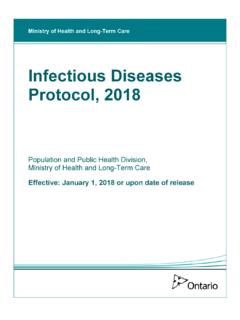 Infectious Diseases Protocol , 2018 . 3 • The responsibilities of boards of health with regard to notifying ESWs of possible exposures to infectious diseases of public health importance where:

Prevention and Control of Communicable Diseases …

Prevention and Control of Communicable Diseases A Guide for School Administrators, Nurses, Teachers, Child Care Providers, and Parents or Guardians

Protection against blood-borne infections in the …

Advisory Committee on Dangerous Pathogens Protection against blood-borne infections in the workplace: HIV and Hepatitis . Introduction to this guidance 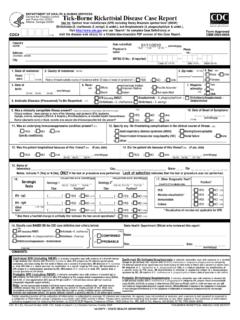