Insurance contract accountIng: edgIng towards a …

Willis Re Insurance Contract Accounting | 5 Insurance transactions are to be valued as follows: • The expected cash flow of the contract is established. • The cash flow is discounted to present value.

2 And boost your business performance. How can we help? To find out how we can offer you an extra depth of service combined with extra flexibility, simply contact us. Begin by visiting our website at or calling your local office. Willis Re Willis Re Inc. The Willis Building One World Financial Center 51 Lime Street 200 Liberty Street London EC3M 7DQ 3rd Floor Tel: +44 (0)20 3124 6000 New York, NY 10281. Fax: +44 (0)20 3124 8223 Tel: +1 (212) 915 7600. Willis Limited, Registered number: 181116 England and Wales. Registered address: 51 Lime Street, London EC3M 7DQ. A Lloyd's Broker. Authorised and regulated by the Financial Services Authority. Copyright 2010 Willis Re Inc. All rights reserved: The views expressed in this report are not necessarily those of Willis Re Inc.

6 There are differences an International Financial Reporting Standard (IFRS) 4 and between the IASB and FASB and differences between both GAAP. and the developing Solvency II approach. Listed EU companies are required to prepare their This paper aims to give an overview of the proposed changes consolidated financial statements under IFRSs and a number and their impacts, aimed at an Insurance /reinsurance of other countries including Singapore and Hong Kong have professional without an accounting background or a prior also adopted IFRS. Similarly other countries base their knowledge of the topic. The paper is deliberately non-technical. accounting standards wholly or in part on GAAP. If you find you wish to learn more or discuss any aspect of the proposals please do not hesitate to contact us.

7 Many major economies, including Japan, Korea, India, Brazil, Canada and Mexico have announced that they will adopt the The differences with existing standards are startling and new IFRS standard. the implications huge, particularly if moving from a local standard with very different rules on reserving. The likely In July 2010 the IASB produced their latest consultation paper implementation date is right in the middle of Europe's on phase two of the new standard, the Insurance Contracts Solvency II implementation process, a process being Exposure Draft (ED). In September 2010 the FASB produced shadowed in a number of other territories around the world. a Discussion Paper (DP) on the new standard. Responses to The additional workload on companies will be considerable these documents are due by the end of November and but the benefit should be, at last, comparable Insurance mid-December respectively.

8 Accounts from around the world. Willis Re Insurance contract accounting | 3. Global scope of IFRS for Insurance contracts IFRSs by Jurisdiction IFRS Allowed IFRS Mandatory IFRS Not Allowed Transitioning to IFRS Not Known / Not Applicable Figure 2: IFRS for Insurance contracts for listed companies (based upon data from a number of primary and secondary sources, given potential differences in definition it cannot be guaranteed to be definitive). Differences with A new way of thinking Solvency II and reporting The differences between accounting and regulatory rules are The proposed IFRS potentially could lead to Insurance not surprising, Solvency II is essentially aimed at ensuring accounts looking radically different to what we are used to.

9 Policyholders are protected, it considers at the 1 in 200 risk level. focusing on changes to margin rather than premiums, claims and commission. By contrast, accounting standards look at mean or average In many ways the principles are similar to those adopted in results. IASB and FASB place a premium on making sure Solvency II but there are differences; the devil is in the detail. that profits and losses are properly recognised. The building blocks of the new measurement model This means that, for example, whilst diversification is a Residual margin major issue for Solvency II for IASB/FASB it is less contract profit (reported over the life of the contract ). Risk adjustment important and not a major concern. An assessment of the uncertainty about the amount of future cash flows Time value of money An adjustment that used an interest rate to convert future cash flows in to current amounts A number of differences emerge, as we discuss below.

10 This is to be expected, both Solvency II and the IFRS are Total Insurance developing standards, it is hoped that convergence will liability grow. However, it is likely that the reconciliation of Current estimates of future cash flows The amounts the insurer expects to collect from premiums and pay out for claims, differences between IASB and FASB will have greater benefits and expenses, estimated using up-to-date information priority than between IFRS and Solvency II. Figure 3: IASB Building block proposal Source IASB. 4 | Willis Re Insurance contract accounting Insurance transactions are to be valued as follows: The accounting margins represent something very different. The expected cash flow of the contract is established. 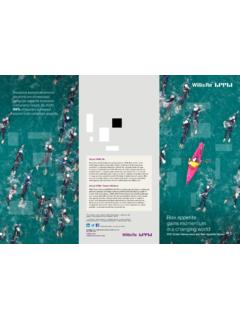 Risk appetite drives reinsurance decisions Want to know more? The full survey report will be available October 2017. Willis Re is at of the forefront of establishing bespoke risk appetite statements and 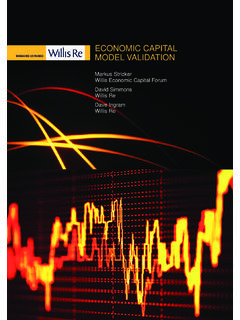 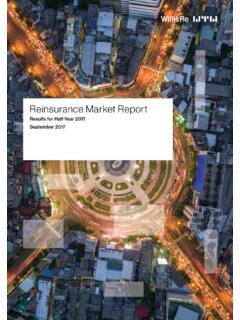 Reinsurance Market Report – Half Year 2017 4 September 2017 RoE analysis for the SUBSET Note: Recalibrated due to adjustment of … 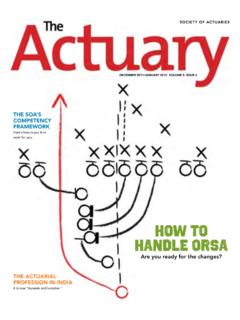 HOW TO HANDLE ORSA - Welcome To Willis Re

“The ORSA process should not mandate specific approaches but should focus on verifying that insurers are thinking about and managing their risk exposures.” 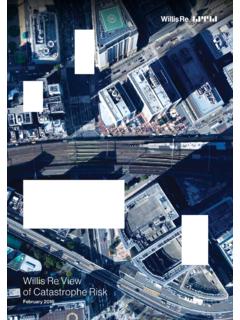 Willis Re View of Catastrophe Risk - Welcome To … 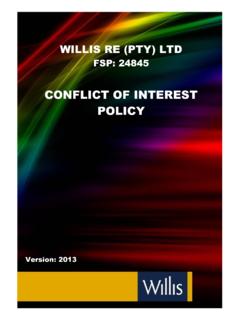 Willis Re (Pty) Ltd Conflict of Interest Policy Page 1 of 25 Definitions Conflict of interest means any situation in which a provider or a representative has an actual or potential interest that may, in rendering a financial service to a client: 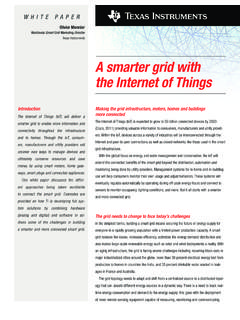 A smarter grid with the Internet of Things - Texas …

A smarter grid with the Internet of Things October 2013 2 Texas Instruments energy data that can be used to implement a self-healing grid, … 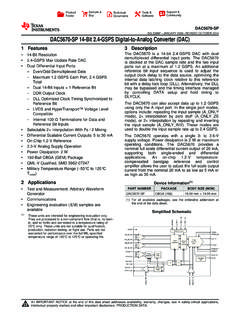 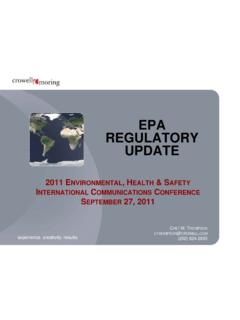