-1- Interaction Effects in ANOVAThis handout is designed to provide some background and information on the analysis andinterpretation of Interaction Effects in the Analysis of Variance ( ANOVA ). This is a complex topicand the handout is necessarily incomplete. In practice, be sure to consult the text and otherreferences on ANOVA (Kirk, 1982; Rosenthal & Rosnow, 1991; Stevens, 1990; Winer, Brown,& Michels, 1991) for additional Effects represent the combined Effects of factors on the dependent measure. When aninteraction effect is present, the impact of one factor depends on the level of the other factor. Partof the power of ANOVA is the ability to estimate and test Interaction Effects . As Pedhazur andSchmelkin note, the idea that multiple Effects should be studied in research rather than the isolatedeffects of single variables is one of the important contributions of Sir Ronald Fisher.

1 -1- Interaction Effects in ANOVAThis handout is designed to provide some background and information on the analysis andinterpretation of Interaction Effects in the Analysis of Variance ( ANOVA ). This is a complex topicand the handout is necessarily incomplete. In practice, be sure to consult the text and otherreferences on ANOVA (Kirk, 1982; Rosenthal & Rosnow, 1991; Stevens, 1990; Winer, Brown,& Michels, 1991) for additional Effects represent the combined Effects of factors on the dependent measure. When aninteraction effect is present, the impact of one factor depends on the level of the other factor. Partof the power of ANOVA is the ability to estimate and test Interaction Effects . As Pedhazur andSchmelkin note, the idea that multiple Effects should be studied in research rather than the isolatedeffects of single variables is one of the important contributions of Sir Ronald Fisher.

2 Wheninteraction Effects are present, it means that interpretation of the main Effects is incomplete ormisleading. Kinds of interactions . For example, imagine a study that tests the Effects of a treatment on anoutcome measure. The treatment variable is composed of two groups, treatment and control. Theresults are that the mean for the treatment group is higher than the mean for the control what if the researcher is also interested in whether the treatment is equally effective forfemales and males. That is, is there adifference in treatment depending ongender group? This is a question ofinteraction. Inspect the results below. Interaction results whose lines do notcross (as in the figure at left) are called ordinal interactions . If the slope of linesis not parallel in an ordinal Interaction ,the Interaction effect will be significant,given enough statistical power.

3 If thelines are parallel, then there is nointeraction effect. In this case, adifference in level between the two lineswould indicate a main effect of gender; adifference in level for both lines betweentreatment and control would indicate amain effect of treatment. When ordinalinteractions are significant, it is necessary to follow up the omnibus F-test with one of the focusedcomparison procedures described below. Usually, the main Effects can also be interpreted andtested further when they are , when an Interaction is significant and disordinal , main Effects can not be sensiblyinterpreted. The first graph below shows an example of a disordinal Interaction . Disordinalinteractions involve crossing lines. Generally speaking, one should not interpret main Effects in thepresence of a significant disordinal Interaction . For example, in the results shown in the next graph-2-at bottom left, the results of the maineffect of treatment seem to show thatthe treatment mean is higher than thecontrol mean.

4 However, one reallycan t say whether the treatment iseffective or not in general the effectof treatment must be qualifieddepending on which gender isconsidered; as shown in the graph ofthe Interaction at left. Similarly,differences in gender overall aremisleading. While the female mean(averaged over treatments) is higherthan the male mean (averaged overtreatments (see below right), this maineffect result is not really the true stateof affairs. Whether females score higher than males depends on the treatment condition. This isthe essence of an Interaction effect: results and interpretations of one variable s effect or impactmust be qualified in terms of the impact of the second variable. This phenomenon is especially pronounced in the case of disordinalinteractions and as a result, one should avoid interpreting or discussing main Effects when significant disordinal interactions are present.)

5 For example, in thepresent case, results for the F tests of the main Effects should be reported, but interpretationshould be limited to the significant Interaction effect. To determine exactly which parts of theinteraction are significant, the omnibus F test must be followed by more focused tests TESTS OF INTERACTIONSW henever interactions are significant, the next question that arises is exactly where are thesignificant differences? This situation is similar to the issues in finding focused tests of maineffects, but it is also more complex in that interactions represent the combined Effects of twoforces or dimensions in the data not just one. The following section describes four commonapproaches to obtaining more focused, specific information on where differences are in theinteraction 1. Oneway ANOVA . In essence this method assumes that all relevant variance islocated in the cells and there is no meaningful variance associated with the main Effects .

7 The advantage of this procedure is that it is easily implemented in SPSS. Thedisadvantage of the procedure is that it fails to separately partition out variance due to the maineffects from variance due to the Interaction effect ( a complex topic somewhat beyond the scopeof this class) and it loses the structural or dimensional information about the Interaction ( , inthis case, they re not really four groups but two different dimensions or facets of the data).Method 2. Post Hoc Tests. This method is a direct extension of the application of post hoc testsfor main Effects . When the omnibus F test for the Interaction is significant, it may be followed bythe application of a post hoc procedure to explore which pairs of cell means are significantlydifferent. Tukey s can be implemented using the oneway procedures described above.

8 For mostgeneral applications, Tukey s HSD procedure is the post hoc procedure of choice as it providestrue correction of alpha slippage for the number of comparisons made but does not sacrificestatistical power. As the number of cell means becomes large, however, the procedure getscumbersome. The formula for Tukey s is:-4-where HSD is the minimum difference between cell means for significance, q = the studentizedrange statistic value for the desired alpha and the given number of cell means and denominatordegrees of freedom, MSE is the denominator for the F test for the Interaction effect, and n* is thenumber of scores per cell (when cell sizes are unequal the harmonic mean may be used). In SPSSyou must use the oneway coding of the Interaction described above to perform Tukey s or otherpost hoc procedures. SPSS will not compute post hoc tests on Interaction Effects .

9 Onedisadvantage of pair-wise, post hoc tests is that they do not distinguish the two-dimensionalstructure (in our two-factor examples) of the Interaction effect in any way; all pairs of means aretreated and tested 3. Simple Effects Tests. Simple Effects procedures attempt to maintain the essentialstructure or nature of the Interaction effect. This approach essentially breaks the Interaction effectinto component parts and then tests the separate parts for significance. In our present example,12differences in levels of Factor A (treatment) would be tested at B (female) and then at B (male).12 Differences in levels of Factor B (gender) would then be tested at A (treatment) and then at A(control). The most convenient way to implement simple Effects tests in SPSS is using thefollowing syntax language which invokes an older analysis procedure, MANOVA :MANOVA score BY gender (1,2) treatment (1,2) /PRINT=CELLINFO (MEANS) /DESIGN = gender treatment gender BY treatment /DESIGN = gender treatment WITHIN gender(1), treatment WITHIN gender(2) /DESIGN = treatment gender WITHIN treatment(1), gender WITHIN treatment(2).

10 Since multiple tests are being performed, some adjustment to alpha is usually recommended. Onecommon procedure to protect alpha by dividing the desired alpha level by the number of simpleeffects tests performed within each factor (see Pedhazur & Schmelkin, p. 527). In the presentexample, there are two simple Effects tests within the gender effect so alpha = .05 / 2 = .025. Thesame is true for the treatment factor in this particular example. Any of the simple Effects tests witha p-value less than .025 would be considered significant at a protected alpha level of .05 (note thatthis procedure for alpha adjustment is an application of Bonferroni s procedure). Method 4. Planned Comparisons. Another alternative to the procedures above is the use ofplanned comparisons instead of the omnibus F test for the Interaction . These procedures can alsobe implemented using the oneway procedures described above. 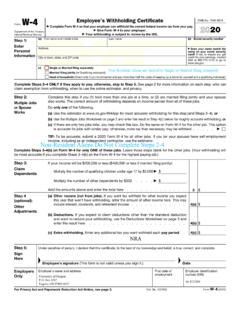 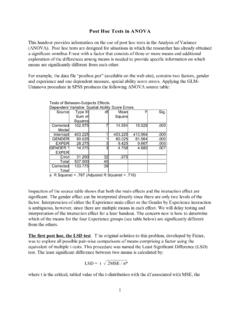 1 Post Hoc Tests in ANOVA This handout provides information on the use of post hoc tests in the Analysis of Variance (ANOVA). Post hoc tests are designed for situations in which the researcher has already obtained 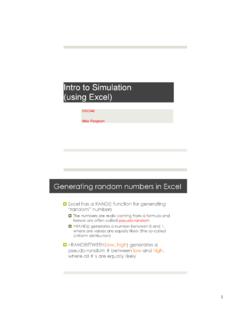 3 Creating a Simulation ! What is a simulation? ! Investigating a real-life phenomenon, process, or problem using a model. ! The Excel features we …

Introduction to Using Games in Education: A Guide for ...

board games, card games, dice games, word games, and puzzles that many children and adults play. Many of these games come in both non-electronic and electronic formats. This book places ... Introduction to Using Games in Education: A Guide for Teachers and Parents and?. games. games. . ... 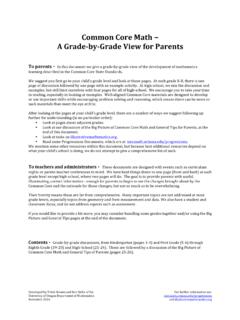 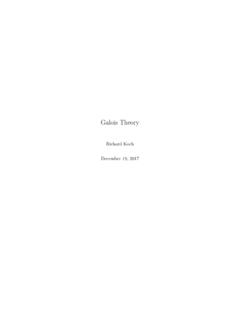 this quotient information which is important in Galois theory. In the previous section, we listed the three groups of order four obtained by extending Z 4 by Z 2. Notice that the simple quotients of all three groups are Z 2;Z 2;Z 2. So in this case, extension information is de nitely thrown away. 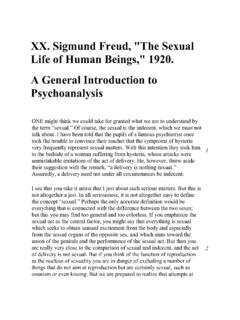 Sigmund Freud, "The Sexual Life of Human Beings," 1920. A General Introduction to Psychoanalysis ONE might think we could take for granted what we are to understand by the term “sexual.” Of course, the sexual is the indecent, which we must not talk about. I have been told that the pupils of a famous psychiatrist once 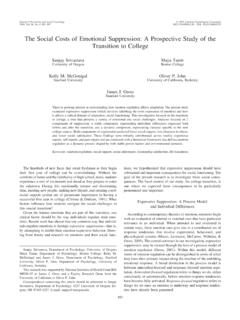 The Social Costs of Emotional Suppression: A Prospective ...

Emotion Regulation Questionnaire (ERQ; Gross & John, 2003). This scale includes items referring to suppression of both positive and negative emotions, as well as general emotion items that do 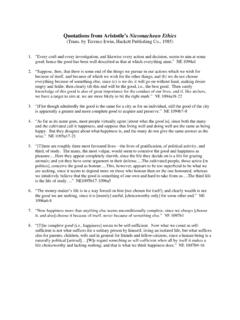 Quotations from Aristotle’s Nicomachean Ethics (Trans. by Terence Irwin, Hackett Publishing Co., 1985) 1. “Every craft and every investigation, and likewise every action and decision, seems to … 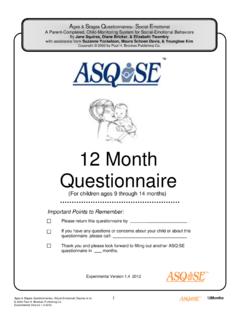 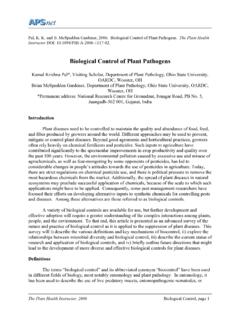 the primary benefit provided to the host plant. The various definitions offered in the scientific literature have sometimes caused confusion and controversy. For example, members of the U.S. National Research Council took into account modern biotechnological developments and 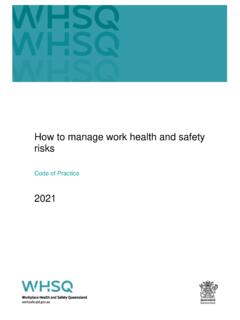 How to manage work health and safety risks Code of ...

hazardous chemicals, airborne contaminants and plant, as well as other hazards associated with the workplace. PCBUs have a duty to consult workers about work health and safety and may also have duties to consult, cooperate and coordinate with other duty holders. ... account and weighing up all relevant matters, including: 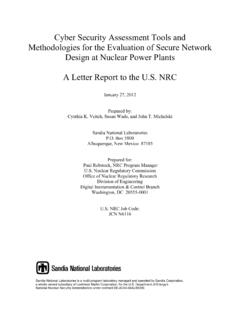 Cyber Security Assessment Tools and Methodologies for the ...