International Journal of Information and Education ...

International Journal of Information and Education technology , Vol. 1, No. 1, April 2011. ISSN: 2010-3689. Cruise Control Operation from Zero to Preset Speed-Simulation and Implementation F. A. Arvind Raj R., S. B. Sandhiya Kumar, Member IACSIT, IEEE and T. C. Karthik S. situations was around seconds higher than without the Abstract Controlled & safe cruise control operation is one ACC. The normal ACC doesn't work under the speed below of the major constraints faced by today's automotive industry. 30 to 50 kmph thus causing driver inconvenience to drive. Adaptive cruise control (ACC) with Stop & Go scenarios is the To overcome this, ACC with Stop & Go is designed to work most important research topics in the field of intelligent transportation systems.

1 International Journal of Information and Education technology , Vol. 1, No. 1, April 2011. ISSN: 2010-3689. Cruise Control Operation from Zero to Preset Speed-Simulation and Implementation F. A. Arvind Raj R., S. B. Sandhiya Kumar, Member IACSIT, IEEE and T. C. Karthik S. situations was around seconds higher than without the Abstract Controlled & safe cruise control operation is one ACC. The normal ACC doesn't work under the speed below of the major constraints faced by today's automotive industry. 30 to 50 kmph thus causing driver inconvenience to drive. Adaptive cruise control (ACC) with Stop & Go scenarios is the To overcome this, ACC with Stop & Go is designed to work most important research topics in the field of intelligent transportation systems.

2 This paper deals with the development even at zero speed. of an ACC controller supporting stop & go function. The main The cruise control operation using radar sensors is the feature of this controller represents adaptation to a user-preset most vulnerable technology used for automotive control [1]. speed and, if necessary, speed reductions can be done to The advantage that radar sensors have over other types of maintain a safe distance from the lead vehicle in the same lane sensors, such as optical or infrared sensors, is that they on the road, irrespective of whatever speed it is moving. The perform equally well during the day, the night, and in most extreme case is the stop and go operation in which the lead vehicle stops and the vehicle at the rear must also do so.

3 The weather conditions. Radar sensors will undoubtedly be an main concern of the system is about the inter-distance control integral part of any multiple sensor system or sensor fusion in highways where the vehicle velocity mainly remains used to achieve a true autonomous vehicle. The use of constant & it also deals with the vehicle circulating in towns ultrasonic sensors [2] and laser sensors [3] which are with frequent stops & acceleration. In both situations, goals of reasonably cheap and work for ranges of up to a few meters safety and comfort are to be achieved. The main aim of the but problems arise regarding both their accuracy and their paper is to design a model for adaptive Cruise Control system which works efficiently under the STOP & Go scenarios using behavior in noisy open-air and dirty conditions.

4 A passive Matlab and validate it with physical design architecture optical [4] can be an alternative to commonly used active incorporating safety features. The paper also deals with sensors like radar or laser. Though it is able to detect traffic various lane changing strategies to enforce an overall control on the road and obstacles at distances up to 200 meters, it of the vehicle. has less accuracy at greater distances. Keywords- Adaptive Cruise Control, Stop & Go scenario, Zero speed, fail-safe features, Lane changing. II. METHODOLOGY. Currently numerous models are available in market with Adaptive cruise control (ACC) feature.

5 Mitsubishi was I. INTRODUCTION. the first automaker to offer a laser-based ACC system Number of accidents can be avoided through timely threat whose control mechanism did not apply the brakes and only recognition and appropriate collision avoidance. This may controlled speed through throttle control and downshifting. be achieved by suitable warning to the driver or by Later Toyota incorporated radar based ACC. Mercedes lined automatic support to longitudinal or lateral control of the up next on introducing ACC system which completely halts vehicle. Adaptive Cruise Control (ACC) is an automotive the car if necessary which was further adopted by Bosch feature that allows a vehicle's cruise control system to adapt and Audi.

6 BMW's Active Cruise Control system the vehicle's speed to the traffic environment but the driver implemented Stop-and-Go system. These cruise control remains responsible for steering & collision avoidance. If techniques have faced lot of set-backs in issues pertaining to deceleration of the ACC is not sufficient enough to avoid a unsafe operation. The major problems left un-attended in collision, the ACC warns the driver with a warning sound. these vehicles were, initially the shooting-up of accelerator The ACC was often used during free driving & busy traffic un-controllably under certain conditions of cruise control, ( , speed between 70 & 90 km/hr on the high ways) & cruise control not cancelling when the brakes were was hardly used during congestion.

7 When the ACC is active, applied,vehicle accelerating beyond the set speed, vehicle it was concluded that the time-headway in car-following resuming to cruise control on its own resisting the applied brakes, faulty brake problems and speed control issues. So in order to overcome these faults, this paper presents Manuscript received March 18th, 2001. This work was supported in part by Tata Consultancy Services and RNTBCI. Paper Title- Cruise Control additional sensors to ensure complete safety. It also Operation from Zero to Preset Speed-Simulation and Implementation . incorporates fail-safe features. F. A. Arvind Raj R.

8 Is with Tata Consultancy Services (e-mail: S. B. Sandhiya Kumar is with Tata Consultancy Services (e- T. C. Karthik S. is with VIT UNIVERSITY( Automotive electronics). 9. International Journal of Information and Education technology , Vol. 1, No. 1, April 2011. ISSN: 2010-3689. Figure 4. Brake circuit Transmission control unit: The main purpose of vehicle Figure 1. Cruise control operation dynamics is to convert the engine speed (in rpm ) to the vehicle speed in terms of Miles/ hr or Km/hr. The vehicle The operation of ACC with Stop & Go manages speed to speed tells us how fast the vehicle is moving. a complete stop and resumes the set speed based on driver input such as touching the pedal or resume button.))

9 In the B. ACC with Stop & Go model cruise scenarios in which two vehicles are involved, the The primary function of this module is to process the front one is called lead vehicle and the following vehicle is distance Information from the sensing unit and determine if called the host vehicle for the longitudinal controller. A a lead vehicle is present. When the system is in time gap sensing system attached to the front of the vehicle is used to control, it sends Information to the Engine Control and detect whether slower moving vehicles are in the host Brake Control modules to control the clearance between the vehicle's path.

10 If a slower moving vehicle is detected, this host Vehicle and the Target Vehicle. Stop and Go Adaptive system will slow the vehicle down and control the clearance, Cruise Control is an automotive feature that allows a or time gap, between the host vehicle and the lead vehicle. vehicle's cruise control system to adapt the vehicle's speed. If the system detects that the forward vehicle is no longer in the host vehicle's path, the system will accelerate the vehicle back to its set cruise control speed. This operation allows the host vehicle to autonomously slow down and speed up with traffic without intervention from the driver. 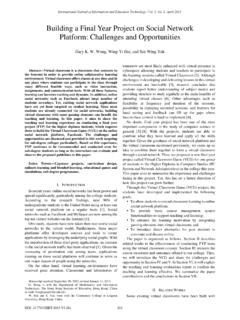 No doubt, final year project has been one of the most important ... Project proposal (5%) 2) Interim report and Presentation (15%) 3) Final Project Report (70%) 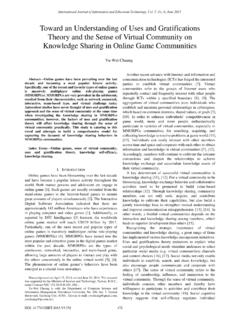 Toward an Understanding of Uses and Gratifications Theory ...

Uses and gratifications theory is used to investigate how social media (e.g. email, BBS, discussion forums, massively multiplayer games, and virtual community) are employed to satisfy individual’s needs with different aims [28]. Individuals will choose different social media based on their 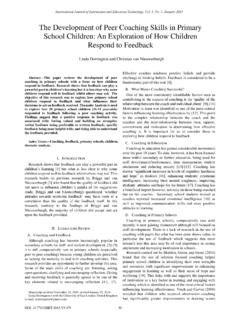 The Development of Peer Coaching Skills in Primary School ...

Coaching in primary schools, comparatively rare until recently, is now gaining momentum although still focused on staff development. There is a lack of research in the use of ... supportive, leading to professional development‟ [24]. Nuthall (2007) however, questions how accurate this support ...

The Use of Literature in the Language Classroom: Methods ... 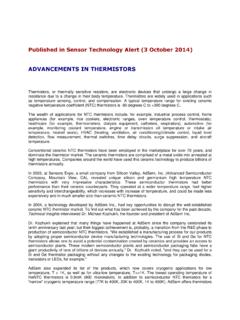 Published in Sensor Technology Alert (3 October 2014) ADVANCEMENTS IN THERMISTORS Thermistors, or thermally sensitive resistors, are electronic devices that undergo a large change in 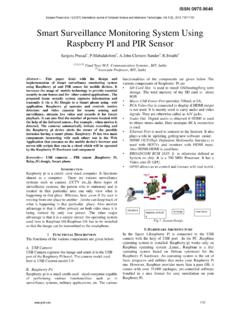 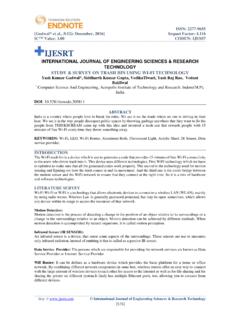 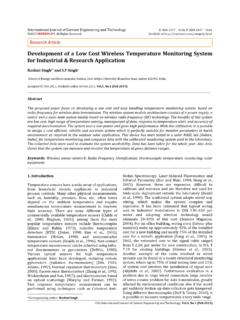 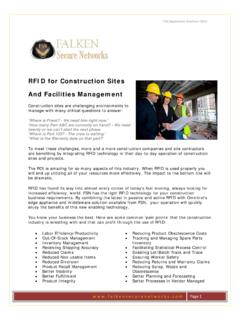 RFID for Construction Sites And Facilities …