2 **. I:\CIRC\MSC\ ANNEX. REVISED GUIDELINES FOR THE APPROVAL OF EQUIVALENT FIXED. GAS FIRE-EXTINGUISHING SYSTEMS, AS REFERRED TO IN. SOLAS 74, FOR MACHINERY SPACES AND CARGO. PUMP-ROOMS. General 1 Fixed gas fire-extinguishing systems for use in machinery spaces of category A and cargo pump-rooms equivalent to fire-extinguishing systems required by SOLAS regulations II-2/7 and II-2/63. should prove that they have the same reliability which has been identified as significant for the performance of fixed gas fire-extinguishing systems approved under the requirements of SOLAS regulation II-2/5. In addition, the system should be shown by test to have the capability of extinguishing a variety of fires that can occur in a ship's engine-room. Principal requirements 2 All requirements of SOLAS regulations II-2 , , to , except as modified by these guidelines, should apply. 3 The minimum extinguishing concentration should be determined by a cup burner test acceptable to the Administration.

4 The objects that occupy volume in the protected space should be subtracted from the gross volume of the space. They include, but are not necessarily limited to: - auxiliary machinery;. - boilers;. - condensers;. - evaporators;. - main engines;. - reduction gears;. I:\CIRC\MSC\ ANNEX. Page 2. - tanks; and - trunks. Subsequent modifications to the protected space that alter the net volume of the space shall require the quantity of extinguishing agent to be adjusted to meet the requirements of this paragraph and paragraph 6. 6 No fire suppression agent should be used which is carcinogenic, mutagenic, or teratogenic at concentrations expected during use. No agent should be used in concentrations greater than the cardiac sensitization NOAEL (No Observed Adverse Effect Level), without the use of controls as provided in SOLAS regulations II-2 and In no case should an agent be used above its LOAEL (Lowest Observed Adverse Effects Level) nor ALC (Approximate Lethal Concentration) calculated on the net volume of the protected space at the maximum expected ambient temperature.

5 7 The system and its components should be suitably designed to withstand ambient temperature changes, vibration, humidity, shock, impact, clogging, and corrosion normally encountered in machinery spaces or cargo pump-rooms in ships. 8 The system and its components should be designed and installed in accordance with INTERNATIONAL standards acceptable to the Organization1 and manufactured and tested to the satisfaction of the Administration. As a minimum, the design and installation standards should cover the following elements: .1 safety: - toxicity;. - noise, nozzle discharge; and - decomposition products;..2 storage container design and arrangement: - strength requirements;. - maximum/minimum fill density, operating temperature range;. - pressure and weight indication;. - pressure relief; and - agent identification and lethal requirements;..3 agent supply, quantity, quality standards;..4 pipe and fittings: - strength, material, properties, fire resistance; and - cleaning requirements.

7 - openings; and - mechanical ventilation interlocks;..11 design concentration requirements, total flooding quantity;..12 discharge time; and .13 inspection, maintenance, and testing requirements. 9 The nozzle type, maximum nozzle spacing, maximum height and minimum nozzle pressure should be within limits tested to provide fire extinction per the proposed test method. 10 Provisions should be made to ensure that escape routes which are exposed to leakage from the protected space are not rendered hazardous during or after discharge of the agent. Control stations and other locations that require manning during a fire situation should have provisions to keep HF and HCl below 5 ppm at that location. The concentrations of other products should be kept below concentrations considered hazardous for the required duration of exposure. I:\CIRC\MSC\ ANNEX. Page 4. 11 Agent containers may be stored within a protected machinery space if the containers are distributed throughout the space and the provisions of SOLAS regulation II-2 are met.

8 The arrangement of containers and electrical circuits and piping essential for the release of any system should be such that in the event of damage to any one power release line through fire or explosion in the protected space, a single fault concept, at least five-sixths of the fire-extinguishing charge as required by paragraph 5 of this annex can still be discharged having regard to the requirement for uniform distribution of medium throughout the space. The arrangements in respect of systems for spaces requiring less than 6 containers should be to the satisfaction of the Administration. 12 A minimum agent hold time of 15 min should be provided. 13 The release of an extinguishing agent may produce significant over and under pressurization in the protected space. Measures to limit the induced pressures to acceptable limits should be provided. 14 For all ships, the fire-extinguishing system design manual should address recommended procedures for the control of products of agent decomposition. 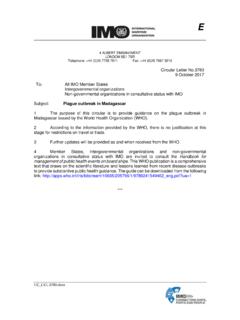 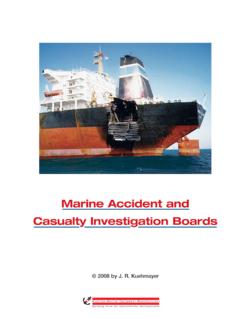 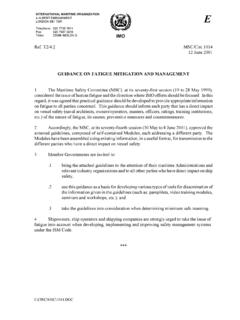 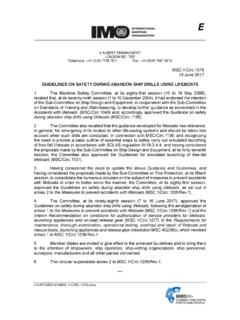 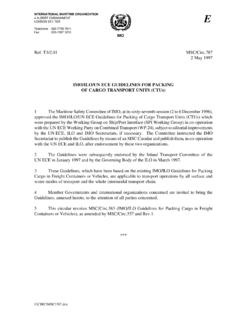 IMO/ILO/UN ECE GUIDELINES FOR PACKING OF …

STCW International Convention on Standards of Training, Certification and Watchkeeping for Seafarers 1978, as amended in 1995 and 1997 (STCW Convention)