2 France CROSSMARK_logo_3_Test 1/1. 3. Poitiers University, INSERM CIC1402, University Hospital of Poitiers, Poitiers, France 2017-03-16. Purpose: Maintaining urinary continence at stress requires a competent urethral sphincter and good suburethral support. Sphincter competence is estimated by measuring the maximal urethral closure pressure at rest. We aimed to study the value of a new urodynamic measure, the urethral closure pressure at stress (s-UCP), in the diagnosis and severity of female stress uri- nary incontinence (SUI). Methods: A total of 400 women without neurological disorders were included in this observational study. SUI was diagnosed using the INTERNATIONAL Continence Society definition, and severity was assessed using a validated French questionnaire, the Mesure du Handicap Urinaire. The perineal examination consisted of rating the strength of the levator ani muscle (0 5) and an assessment of bladder neck mobility using point Aa (cm).

3 The urodynamic parameters were maximal urethral closure pres- sure at rest, s-UCP, Valsalva leak point pressure (cm H2O), and pressure transmission ratio (%). Results: Of the women, 358 ( ) were diagnosed with SUI. The risk of SUI significantly increased as s-UCP decreased (odds ratio [OR], ; 95% confidence interval, ). The discriminative value of the measure was good for the diagno- sis of SUI (area under curve> ). s-UCP values less than or equal to 20 cm H2O had a sensitivity of and a specificity of for predicting SUI. The association between s-UCP and SUI severity was also significant. Conclusions: s-UCP is the most discriminative measure that has been identified for the diagnosis of SUI. It is strongly in- versely correlated with the severity of SUI. It appears to be a specific SUI biomarker reflecting both urethral sphincter compe- tence and urethral support. Keywords: Urinary Incontinence, Stress; Bladder Neck Descent; Urethral Pressure; Urodynamics Research Ethics: Ethical Review Board approval was given by the Comit d' thique de la recherche en obst trique et gyn cologie (CEROG 201- GYN-09-01).

4 Conflict of Interest: No potential conflict of interest relevant to this article was reported. INTRODUCTION transmission of intra-abdominal pressure to the bladder and the part of the proximal urethra above the pelvic floor [1]. Lat- Since the early 20th century, various authors have attempted to er, McGuire et al. [2] introduced the concept of sphincteric in- explain the pathophysiology of stress urinary incontinence competence. Today, the most accepted theory is the theory de- (SUI). Enhorning hypothesized that SUI is the due to poor veloped by DeLancey [3], which assumes that all periurethral Corresponding author: Anne-C cile Pizzoferrato This is an Open Access article distributed under the terms of the Cre- ative Commons Attribution Non-Commercial License (http://creative- Department of Obstetrics and Gynecology and Reproductive Medicine, Poissy ) which permits unrestricted non-commercial use, distri- Hospital, 10 rue du Champ Gaillard, 78300 Poissy, France bution, and reproduction in any medium, provided the original work is properly cited.

5 E-mail: / Tel: +33-1-39-27-45-77 / Fax: +33-1-39-37-40-89. Submitted: July 28, 2016 / Accepted after revision: August 29, 2016. Copyright 2017 Korean Continence Society INJ Pizzoferrato, et al. s-UCP and Stress Urinary Incontinence in Women and pericervical structures contribute to continence. eyes catheter (Porg s AH24F8, Sarlat La Caneda, France) to No research team has yet been able to measure reliably the avoid variation in the maximum urethral closure pressure relat- transmission pressures in the urethra during straining. The ed to the sensor orientation. It was perfused with a constant fill- transmission ratio measurement, which was proposed for the ing rate (2 mL/min) with saline solution [15]. Just before con- specific urodynamic diagnosis of SUI, was abandoned because necting catheters and beginning the measurements, the appara- it is influenced by many parameters and is not well correlated tus was zeroed with the atmospheric pressure at the pubic sym- with the degree of SUI [4-6].

6 Physis. The lack of a specific SUI biomarker could be the explana- The maximum urethral closure pressure at rest (r-MUCP). tion for the poor predictive value of urodynamics and the on- corresponds to the difference between maximal urethral pres- going debate on whether urodynamic testing before surgery has sure during a static urethral profile and bladder pressure (cm benefits [7,8]. When considering evidence from these recent H2O). Three successive measurements were conducted with a studies, we should reconsider the urodynamic measurements rate of catheter removal of 1 mm/sec. The smallest value was that are routinely used: are they closely correlated with the di- used as the reference for the analyses. agnosis of SUI and its pathophysiological mechanisms? For s-UCP measurements, the operator maintained the ure- Searching for a specific SUI biomarker, our team developed a thral catheter manually during coughing in the urethral sphinc- technique for measuring the urethral closure pressure at stress ter area determined during the urethral profile obtained at rest.

7 (s-UCP). Our objective was to evaluate the performance of the This was performed by maintaining the nearest graduation at s-UCP for the diagnosis and the assessment of female SUI se- the same distance visually from the urethral meatus during the verity. entire cough. The intensity of coughing was guided by the doc- tor to be associated with the lowest-intensity leak under ordi- MATERIALS AND METHODS nary conditions. s-UCP corresponds to the residual pressure during a cough (cm H2O) (Fig. 1A). Measures were included in Population and Data Collection the analysis if they were greater than 70% of the r-MUCP value. All patients without neurological conditions who underwent a The average value of the r-MUCP immediately before and after urodynamic examination between April 2010 and October the cough peak was used (Duet, Medtronic Inc., Minneapolis, 2011 were included in this prospective observational study. MN, USA). Three similar curves were obtained and the small- SUI was defined as the complaint of involuntary leakage on est calculated value of s-UCP was used for the analysis.

8 Effort or exertion [9]. The severity of SUI was assessed by the s-UCP was calculated from the difference between urethral INTERNATIONAL Consultation on Incontinence Questionnaire - pressure at stress (s-UP) and bladder pressure at stress (s-BP): Short Form [10] and the validated French validated question- s-UCP=s-UP s-BP (cm H2O). naire, the Mesure du Handicap Urinaire (MHU) [11]. It is a The pressure transmission ratio (PTR) is the increment in graded scale, completed by the physician, including 7 subscales urethral pressure (peak of urethral pressure; PUP; cm H2O) at (urgency severity, urge urinary incontinence, day-time and stress as a percentage of the simultaneously recorded bladder night-time frequency, SUI, and hesitancy). For the SUI sub- pressure (peak of bladder pressure; PBP; cm H2O): PTR=PUP/. score, the severity is considered to be inversely proportional to PBP (Fig. 1A). the intensity of the stress required to induce leakage, according After removal of the urethral catheter, several Valsalva leak to the Stamey Urinary Incontinence scale [12].

9 It ranges from 0 point pressure (VLPP) determinations were obtained, with the (no problem) to 4 (maximal score). patients in the same position with a fixed-balloon rectal cathe- Cervicourethral mobility was assessed by measuring point ter. The lowest pressure at which leaking occurred at the exter- Aa according to the pelvic organ prolapse quantification classi- nal urethral meatus was chosen as the VLPP (cm H2O). fication [13]. The strength of the levator ani muscle was rated from 0 to 5 [14]. Statistical Analysis Urethral pressure measurements were carried out with pa- The correlations between s-UCP and other clinical and urody- tients in a 45 upright position with a bladder volume of ap- namic parameters were evaluated using the Pearson correlation proximately 200 mL. We used a CH8 double-lumen, 4 urethral coefficient (r). The correlation was considered to be very strong 122 Int Neurourol J 2017;21:121-127. Pizzoferrato, et al. s-UCP and Stress Urinary Incontinence in Women INJ.

10 A. B. Fig. 1. (A) Method for measuring the urethral closure pressure at stress (s-UCP). (B) Examples of curves. r-MUCP, maximum ure- thral closure pressure at rest (measured pressure). Int Neurourol J 2017;21:121-127 123. INJ Pizzoferrato, et al. s-UCP and Stress Urinary Incontinence in Women when r was > , strong when it ranged between and A graphical comparison of the receiver operating character- , moderate when it was between and , and low istic (ROC) curves for the different parameters was also used to when it was < determine the best predictor of SUI diagnosis. An area under Five groups of patients defined according to their MHU the ROC curve (AUC) between and 1 was considered to score (from 0, indicating no SUI, to 4, indicating urinary leak- indicate excellent discrimination, between and good age occurring with minimal-stress activities or at all times ) discrimination, between and low discrimination, and were compared for the different predictive variables. 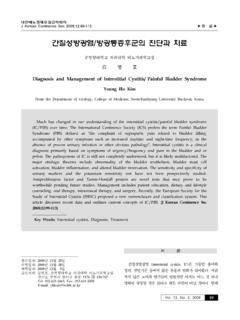 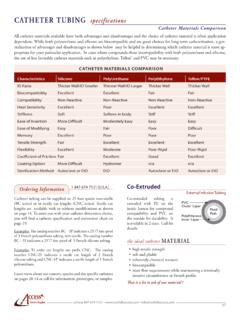 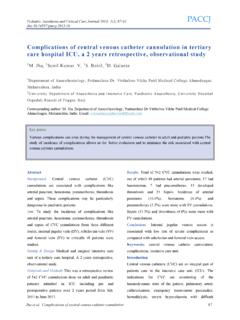 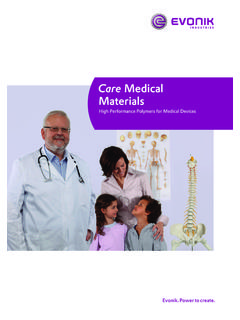 Guide to Preventing Central Line-Associated Bloodstream Infections About APIC APIC’s mission is to create a safer world through prevention of infection. 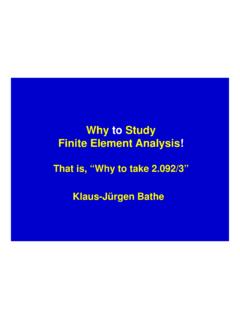 Why to Study Finite Element Analysis! That is, “Why to take 2.092/3” Klaus-Jürgen Bathe