2 Neither the United States government nor any agency thereof, nor any of their employees, makes any warranty, express or implied, or assumes any legal liability or responsibility for the accuracy, completeness, or usefulness of any information, apparatus, product, or process disclosed, or represents that its use would not infringe privately owned rights. Reference herein to any specific commercial product, process, or service by trade name, trademark, manufacturer, or otherwise does not necessarily constitute or imply its endorsement, recommendation, or favoring by the United States government or any agency thereof.

3 The views and opinions of authors expressed herein do not necessarily state or reflect those of the United States government or any agency thereof. Download a copy of the report: 2 Solar America Board for Codes and Standards Report EXECUTIVE SUMMARY. This final report in the Solar America Board for Codes and Standards (Solar ABCs). blind spot series concludes a research program into an important safety issue associated with the design of many photovoltaic (PV) systems. This safety issue came to light during studies of two well-publicized PV system fires the first on April 5, 2009, in Bakersfield, California, and the second on April 16, 2011, in Mount Holly, North Carolina.

4 Based on evidence found at these two fires, traditional, fuse-based ground Fault protection schemes do not detect certain ground faults that can occur in grounded PV systems. These undetected faults fall within a Detection blind spot inherent in the design of most PV installations. Over the last twelve months, Solar ABCs has led a broad industry- and stakeholder- based working group to research this problem and evaluate the effectiveness of various mitigation strategies. This research built on earlier work that provided a basic explanation of the cause of the Detection blind spot.

5 It includes results of field research conducted to characterize basic array wiring impedance properties and their effects on ground Fault Detection , circuit modeling, and analyses of high and low impedance faults that may occur throughout the array. It also includes a tech- nical review of the effects of ground Fault Detection blind spots on different array topologies (grounded, ungrounded, and grounded through the alternating current connection). Included in this report are recommendations for operational strategies and equipment retrofits that can increase ground Fault Detection sensitivity and reduce the risk of fire in new and retrofit applications.

6 Early results from large PV systems that have been retrofitted with the recommended protective devices indicate that these devices can substantially reduce the Detection blind spot without requiring redesign of the system. The major mitigation strategies and equipment retrofit options presented in this report include: following proper installation techniques with close attention to wire management, performing routine preventative maintenance to identify and resolve progressive system damage, introducing data acquisition and system monitoring at a level sufficient to determine if system integrity has degraded and unscheduled maintenance is required.

7 And installing differential current sensors and PV array insulation monitoring devices that can be incorporated into the data system to alert operators to potential problems in advance of conditions that may lead to fire. Based on the investigations reported here, it is recommended that PV systems with damaged conductors be identified and repaired as soon as possible. It then becomes the task of system operators to weigh the cost of increased system inspections and retrofit hardware against the potential cost and damage of a fire.

8 Inverter ground - Fault Detection blind Spot and Mitigation Methods 3. AUTHOR BIOGRAPHIES. Greg Ball DNV KEMA. Greg Ball is a Principal Engineer at DNV KEMA Renewables (formerly BEW Engineering) and has more than 20 years of experience in renewable energy technologies and their integration with the utility grid. Prior to joining BEW in 2009, he worked for nine years as manager and senior electrical engineer at PowerLight (later SunPower) Corporation, and was responsible for the electrical design of more than 100 MW of large-scale photovoltaic (PV) system installations in the United States and abroad.

9 He serves as co-convenor on an International Electrotechnical Commission PV system working group, is a member of two Standards Technical Panels, and is a contributor to the National Electrical Code PV code-making panel. Bill Brooks Brooks Engineering Bill Brooks has worked with utility-interconnected photovoltaic (PV) systems since the late 1980s. He is a consultant to the PV industry on a variety of performance, troubleshooting, and training topics. During the past 11 years, his training workshops have helped thousands of local inspectors, electricians, and installers understand and properly install PV systems.

10 His field troubleshooting skills have been valuable in determining where problems occur so that training can focus on the issues of greatest need. He has written several important technical manuals for the industry that are now widely used in California and beyond. His experience includes work on technical committees for the National Electrical Code Article 690 and IEEE utility interconnection standards for PV systems. In 2008, the Solar Energy Industries Association appointed him to Code Making Panel 4 of the National Electrical Code. 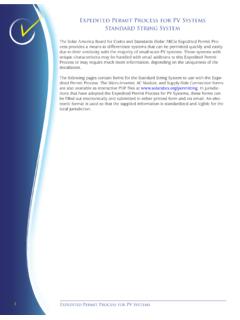 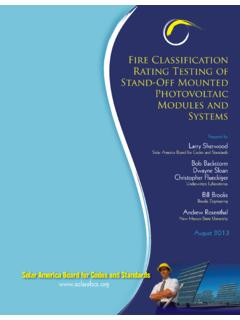 Prepared by Solar America Board for Codes and … 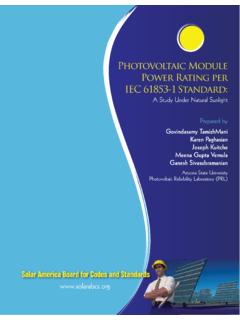 Solar America Board for Codes and Standards Report Photovoltaic Module Power Rating per IEC 61853-1 Standard A Study Under Natural Sunlight: Prepared by 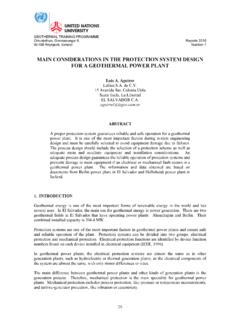 MAIN CONSIDERATIONS IN THE PROTECTION …

Aguirre 32 Report 7 2.1.6 Generator rotor field protection The field circuit of a generator is an ungrounded system. A single ground fault will not generally

of available fault current can cause relay coordination problems. Consideration should be given to selecting appropriate surge arresters for the grounding method. 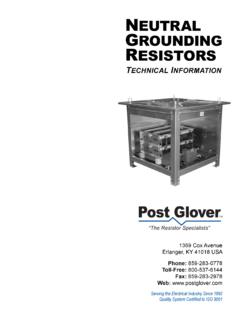 5 PGR Document NG112-06 System Neutral Grounding Importance This section is devoted to the proven benefits of proper system grounding, and in particular, the added

The Importance of the Neutral-Grounding Resistor …

The Importance of the Neutral-Grounding Resistor Presented by: Jeff Glenney, P.Eng. and Don Selkirk, E.I.T.