business enterprise. Thus, corporate law everywhere must, of necessity, provide for them. To be sure, there are other forms of business enterprise that lack one or more of these characteristics. But the remarkable fact—and the fact that we wish to stress—is that, in market economies, almost all large-scale business firms adopt a

3 The book as a whole provides a functional analysis of corporate (or company) law in Europe, the , and Japan. Its organization reflects the structure of corporate law across all jurisdictions, while individual chapters explore the diversity of jurisdictional approaches to the common problems of corporate law. In its second edition, the book has been significantly revised and expanded. As the book's introductory chapter, this article describes the functions and boundaries of corporate law. We first detail the economic importance of the corporate form's hallmark features: legal personality, limited liability, transferable shares, delegated management, and investor ownership.

4 We then identify the major agency problems that attend the corporate form, and that, therefore, corporate law must address: conflicts between managers and shareholders, between controlling and minority shareholders, and between shareholders as a class and non-shareholder constituencies of the firm such as creditors and employees. In our view, corporate law serves in part to accommodate contract and property law to the corporate form and, in substantial part, to address the agency problems that are associated with this form. We next consider the role of law in structuring corporate affairs so as to achieve these goals: whether, and to what extent standard forms - as opposed, on the one hand, to private contract, and on the other, to mandatory rules - are needed, and the role of regulatory competition.

5 Whilst the core features of corporate law are present in all - or almost all - legal systems, different systems have made different choices regarding the form and content of many other aspects of their corporate laws. To assist in explaining these, we review a range of forces that shape the development of corporate law, including domestic share ownership patterns. These forces operate differently across countries, implying that in some cases, complementary differences in corporate laws are functional. However, other such differences may be better explained as a response to purely distributional concerns.

6 JEL Classifications: D23, G32, G34, G38, K22, M14 11 What is Corporate Law? 2009 JOHN ARMOUR, HENRY HANSMANN, and REINIER KRAAKMAN INTRODUCTION What is the common structure of the law of business corporations or, as it would be put in some jurisdictions, company law across different national jurisdictions? Although this question is rarely asked by corporate law scholars, it is critically important for the comparative investigation of corporate law. Recent scholarship often emphasizes the divergence among European, American, and Japanese corporations in corporate governance, share ownership, capital markets, and business But, notwithstanding the very real differences across jurisdictions along these dimensions, the underlying uniformity of the corporate form is at least as impressive.

7 business corporations have a fundamentally similar set of legal characteristics and face a fundamentally similar set of legal problems in all jurisdictions. Consider, in this regard, the basic legal characteristics of the business corporation. To anticipate our discussion below, there are five of these characteristics, most of which will be easily recognizable to anyone familiar with business affairs. They are: legal personality, limited liability, transferable shares, delegated management under a board structure, and investor ownership. These characteristics respond in ways we will explore to the economic exigencies of the large modern business enterprise.

8 Thus, corporate law everywhere must, of necessity, provide for them. To be sure, there are other forms of business enterprise that lack one or more of these characteristics. But the remarkable fact and the fact that we wish to stress is that, in market economies, almost all large-scale business firms adopt a legal form that possesses all five of the basic characteristics of the business corporation. Indeed, most small jointly-owned firms adopt this corporate form as well, although sometimes with deviations from one or more of the five basic characteristics to fit their special needs.

9 It follows that a principal function of corporate law is to provide business enterprises with a legal form that possesses these five core attributes. By making this form widely available and user-friendly, corporate law enables entrepreneurs to transact easily through the medium of the corporate entity, and thus lowers the costs of conducting business . Of course, the number of provisions that the typical corporation statute2 devotes to defining the corporate form is likely to be only a small part of the statute as a whole. Nevertheless, these are the provisions that comprise the legal core of corporate law that is shared by every jurisdiction. 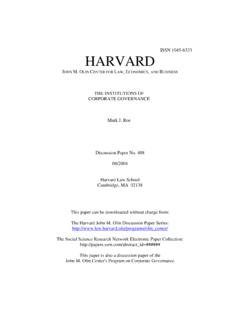 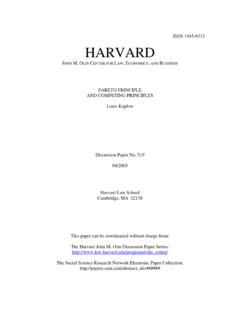 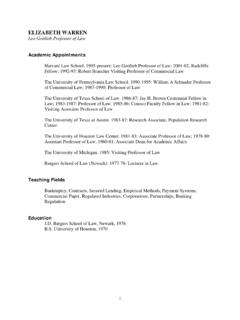 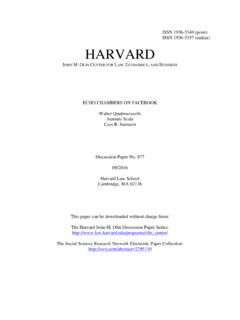 ISSN 1936-5349 (print) ... information within those communities reinforces selective exposure and group ... dynamics in the age of misinformation." 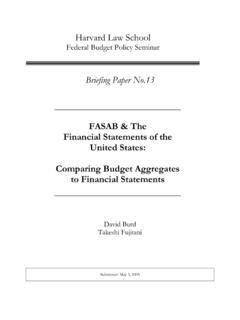 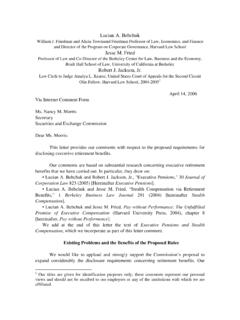 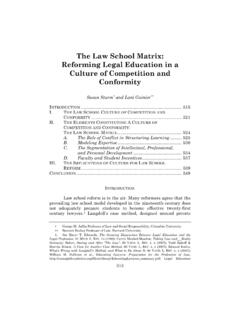 The Law School Matrix: Reforming Legal Education in a ... 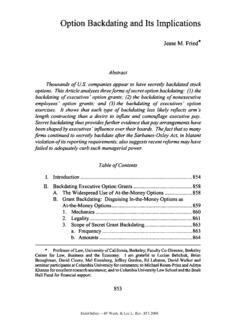 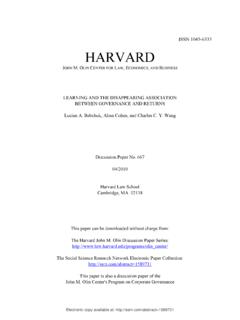 trading strategy based on an index of 24 governance provisions (G-Index) would have earned abnormal returns during the 1991-1999 period, and this intriguing finding has attracted much attention ever since it … 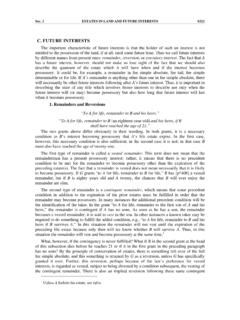 c. future interests The important characteristic of future interests is that the holder of such an interest is not entitled to the possession of the land, if at all, until some future time. 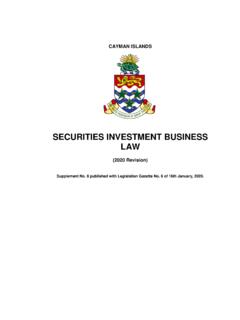 LECTURE NOTES ON BUSINESS LAW AND ETHICS MBA I …

UNIT – I LAW OF CONTRACT – 1872 Definition of Business The term business is understood and explained in different ways by different people. For some, business is an activity, for some it is a method of transacting, for some 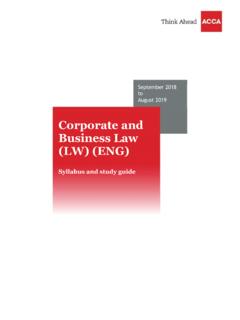 Corporate and Business Law is divided into eight areas. The syllabus starts with an introduction to the overall English legal system such as the court system and sources of law. It then leads into the area of the law of obligations including contract and tort, which underpin 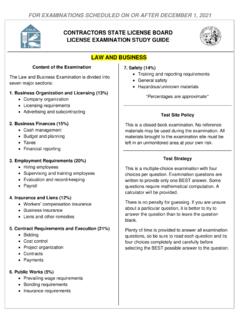 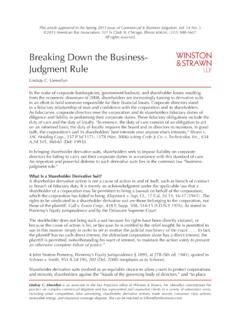 Breaking Down the Business- Judgment Rule

Sales Tax when used exclusively to improve, alter, or repair a qualified business UEZ location. Under the new law, only the first $100,000 in annual taxable purchases of construction materials, supplies, and services made by all contractors hired to work on your property are exempt from Sales and Use Tax. 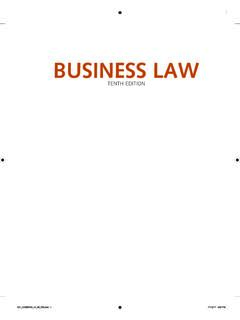 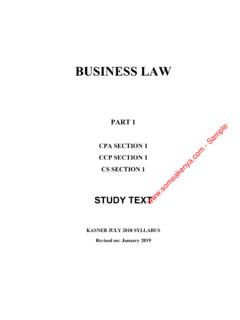 BUSINESS LAW www.someakenya.co.ke Contact: 0707 737 890 Page 7 doctrines set forth in statutes or learned treatises. It had some affinities with the sociology of law. Legal interpretivism- is the view that law is not entirely based on social facts, but