It's Celebration Time in The Haque Valenciana Breeders Club Celebrating its 60-Year's Jubilee On Sunday the 21st of October 2007 there was a big party at the Zuiderpark Pigeon Centre in The Hague, the Valenciana Breeder celebrating the 60th anniversary of their Club. This was propagated by means of a very special exhibition, where for the very first time the Valenciana was exhibited in two classes, namely the Exhibiton Class and the Flying Class. Seeing the happy crowd you couldn't have guessed that only a year ago this Club was in a crisis and threatened to be closed. On one hand, all of a sudden there were no board members available and on the other hand there was an upcoming trend to start flying the Valenciana Cropper, like it was in the old days.

1 It's Celebration Time in The Haque Valenciana Breeders Club Celebrating its 60-Year's Jubilee On Sunday the 21st of October 2007 there was a big party at the Zuiderpark Pigeon Centre in The Hague, the Valenciana Breeder celebrating the 60th anniversary of their Club. This was propagated by means of a very special exhibition, where for the very first time the Valenciana was exhibited in two classes, namely the Exhibiton Class and the Flying Class. Seeing the happy crowd you couldn't have guessed that only a year ago this Club was in a crisis and threatened to be closed. On one hand, all of a sudden there were no board members available and on the other hand there was an upcoming trend to start flying the Valenciana Cropper, like it was in the old days.

2 Fortunately some old and new fanciers picked it up again, resulting in this magnificent Jubilee Show. 89 Valenciana Croppers were entered in the Exhibition Class and 80 in the Flying Class. Both classes were judged according to the Standard of Perfection, allowing the Flying birds a minor weight but with showing a lot of action; in short, they had to look like flying pigeons showing a lot of vitality. The festivities were supported by the presence of 3 more Specialty Clubs in the adjacent hall of the Pigeon Centre, being the Marchenero Cropper Club MKC, the Friends of the Holle Cropper VHKF and the Holle Cropper Breeders' Club HKC. This gathering of Club activities attracted many interested visitors, making the Zuiderpark Pigeon Centre once again the vivacious centre of the pigeon fancy; showing that it is very capable of performing this task.

3 Here follows a birds-eye view' of the day. Specialty Club of Valenciana Breeders VVF. Secretary: B. Moll, Voorthuizenstraat 97, 2573 AC Den Haag This breed has an illustrious reputation due to the primarily district or even city bound existence, in particular with the thief pouter sport, which started it all. Through the year the breed remained a Club of The Hague', even with many members from neighbouring villages and far beyond. This sure was a Jubilee to be proud of and it looks like the new idea of having 2 Classes (Show and Flying) will bring the VVF Club a prosperous future again. The Chairman announced that today's trophies were sponsored by Van Zon Beheer BV and all lottery prizes were donated by De Zwarte Vogel.

4 Besides that every participant would receive a lasting memory in the shape of a mirror with a Valenciana Cropper engraving. During the February meeting the VVF Club had decided to form a commission whose job would be to collect and develop members' ideas concerning the Valenciana Cropper and the functioning of the Specialty Club, and to bring these ideas to the board members'. attention. The first ones who have volunteered to take part in this commission are Nico Torenstra, Lammert Lindenberg and Harry Nieuwstraten. Left: Today's big winner, Best in Show of the Show Class Valenciana Cropper, was this blue black barred adult male, entered by Ben Moll. Not an unknown' bird, as it was in the picture once before as Best young male at the Dutch Pigeon Union Show, housed by the Avicorni Show at Leiden in January 2007.

5 Right: The Judges as you can see, all in a very good mood- gathered together to sort out the Winners of the Show. Left to right: Willem van Zijl, Rinus van den Heuvel, Jouke van de Siepkamp, Jan de Jong and Dick Hamer. In the background two breeders of the Valenciana Croppers, waiting impatiently for the results of the Jury. (Left Chiel Jung- slager and right Willem Koolmoes.). Left: The Valenciana Croppers were judged today by Kees Wijsman, Rinus van den Heuvel and Willem van Zijl. The latter is here (the picture on the left). discussing the winning birds in the Show Class. He also mentioned that today there was a fine co- operation between all judges and that he himself had a very pleasant day and enjoyed seeing so many beautiful pigeons.

6 As an important aspect of judging he mentions the crop structure. It has been agreed that a Valenciana Cropper without crop structure cannot be rated Outstanding'. Furthermore, there will always be things that can be improved, even at winning birds. It is very important for the breeder to give full attention to his/her birds, and training before the show is also essential. As a wish', Willem van Zijl mentioned the eye colour of one of the black birds he had to judge;. the colour could have been closer to red. The beaks of the entered Valenciana Croppers were excellent though; a proper box type, rounded, without the unwanted overhanging upper beak. Best in the Show class was a blue black barred adult male from Ben Moll, the new secretary of the VVF.

7 Finally, it was time for Mr. Van Zijl to present the NBS (Dutch Pigeon Union) Jubilee Plaque for the Best Quartet (old male, old female, young male and young female) in the Show Class. Three candidates ended very close together. Kees Wijsman had 379 points and Ben Moll 380, but the winner was Aad Stehmann, the chairman, with 381. points! Left: The proud winner of the Valenciana Flying Class was Chiel Jungslager with his brown barred Cropper. Left: Wim Koolmoes was Second Best in the Valenciana Flying Class. Right: Jacques van Boekel gained Best Valenciana of the Flying Class, in a colour which has not been recognized (a brown pied Cropper). The Flying Class Valenciana Cropper Originally the Spaniard' - as the Valenciana Cropper was called at the Til'.

8 In The Hague in former days - was a Thief Pouter, a flying pigeon, having developed special capacities for flight and the bodily characteristics to match. Above: The black Valenciana of Chiel Jungslager, pictured at home in the loft, as the bird would not pose during the Show. However, when the photographer arrived a few days later at Chiel's to picture this bird, it so happened that it just had not returned home that day. This black cock was always allowed to fly free all day long and came home when Chiel called, but not that day . Then Chiel provided us with a photo from the family album. As far as we know the first Spaniards were imported in 1937 from Spain and Argentina. Soon they were spotted at the Avicultura Exhibition and I still can recall a quote from Mr.

9 Logman, a prominent pigeon judge in those years. He called these Spanish pigeons The Clowns of the Show and obviously did not think highly of them. Although not many breeders might have realised, this started the change from a perfectly flying pigeon into a bird similar to a standard ideal'. And nowadays, when this ideal' has been reached, we are stuck with a pigeon that can hardly fly anymore. Many of you will not appreciate my last remark and even deny it by saying that they do happen to have a Valenciana Cropper that CAN fly. But if we are really honest and look at what has happened to all those flying breeds like The Hague Highflyer, Dutch Highflyer, Old Dutch Tumbler and not to forget the Beauty Homers, then we must conclude that Showing Pigeons is a completely different hobby than Flying Pigeons.

10 And yet some 30 years ago they often flew the Valenciana Cropper from the lofts in The Hague. The most fanatic fans of this breed were members of the VVF Specialty Club. There the breed was discussed and looked at from all sides. Right: This is how Chiel handles his pigeons; he can simply grab them from the walking board, soft and gentle. He must have a special bond with his birds! This is a Faded ash-red (gold neck) Valenciana Cropper; one of his favourite colours. There they started tinkering' with the type; the bird should become more beautiful they called that refinement - and no one realised that this all would be at the cost of the very ability to fly. The pigeon became heavier, deeper, broader in shoulders and with a broader and more rounded head. 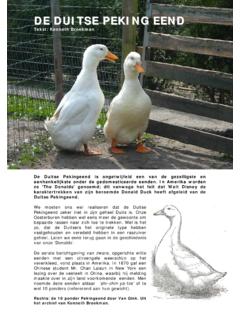 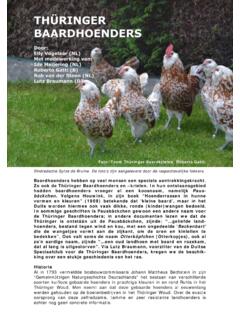 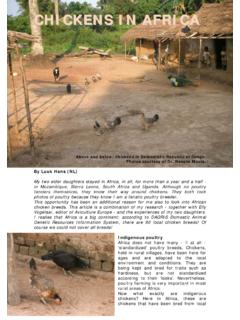 species, originally from higher up the continent, and they spread downwards in the years before colonisation. The basic domestication of the chickens is 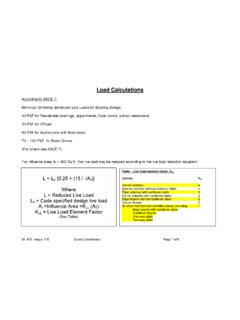 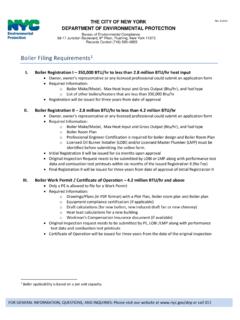 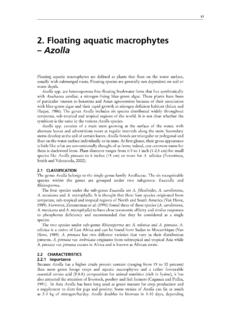 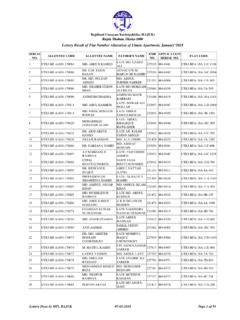 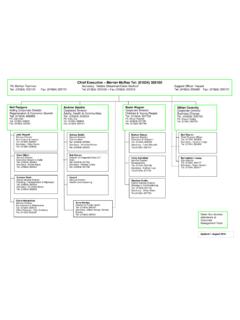 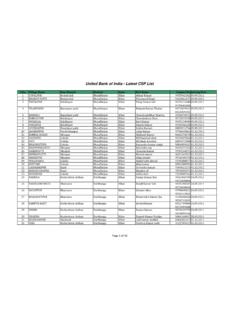 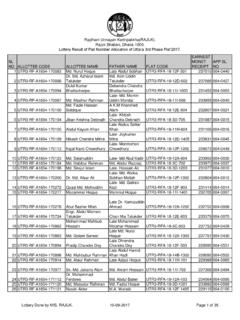 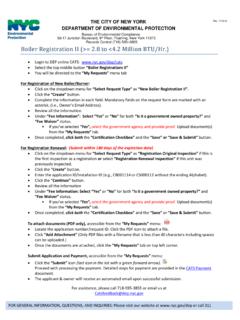 FOR GENERAL INFORMATION, QUESTIONS, AND INQUIRIES: Please visit our website at www.nyc.gov/dep or call 311 THE CITY OF NEW YORK Rev. 11//2016 DEPARTMENT OF ...