Int. Journal for Housing Science, , pp. 137-147, 2011. Published in the United States ITALIAN ANTI-SEISMIC LEGISLATION AND building RESTORATION. A. Bellicoso Department of Architecture and Urbanism University of L'Aquila Italy ABSTRACT. The study of the evolution of ITALIAN ANTI-SEISMIC LEGISLATION reveals the strategies and means of operating that have influenced and characterized the restoration of historical buildings in Italy. This work looks at some of the most important steps in ANTI-SEISMIC LEGISLATION from the unification of Italy to the present day, with the aim of highlighting how LEGISLATION reflects the technical culture of differing periods, influencing the work practices involved in the restoration of the historical building patrimony, and how LEGISLATION has slowly changed to incorporate a growing interest in the safeguarding and conservation of the historical and architectonic patrimony.

140 Bellicoso In decrees issued between 1924 and 1930 the materials used for framing buildings changed from wood, steel or reinforced concrete to …

1 Int. Journal for Housing Science, , pp. 137-147, 2011. Published in the United States ITALIAN ANTI-SEISMIC LEGISLATION AND building RESTORATION. A. Bellicoso Department of Architecture and Urbanism University of L'Aquila Italy ABSTRACT. The study of the evolution of ITALIAN ANTI-SEISMIC LEGISLATION reveals the strategies and means of operating that have influenced and characterized the restoration of historical buildings in Italy. This work looks at some of the most important steps in ANTI-SEISMIC LEGISLATION from the unification of Italy to the present day, with the aim of highlighting how LEGISLATION reflects the technical culture of differing periods, influencing the work practices involved in the restoration of the historical building patrimony, and how LEGISLATION has slowly changed to incorporate a growing interest in the safeguarding and conservation of the historical and architectonic patrimony.

2 Safety LEGISLATION , in fact has often led to the incorporation of invasive structural elements that are out of place with respect to the original building tissue. In the first half of the last century, the impossibility of applying the models of modern science to stone buildings led to the transformation into frame-schemes through the insertion of new resistant structures. The 1908 Norms amended over time then led to the passing of Law 64/74. The Law and decrees that followed have focused on new construction and only marginally on the problems linked to work on existing structures although the most recent decrees issued by the Ministry of Public Works have shown a growing 0146-6518/03/137-147, 2011.

3 Copyright 2011 IAHS. 138 Bellicoso awareness of this theme which is gaining more interest on a cultural and scientific level, introducing the concept of upgrading as an alternative to ANTI-SEISMIC retrofitting and as natural means of acting on monumental buildings. The most recent LEGISLATION includes the Ordinance of the President of the Council of Ministers n 3274/03 and its amendments, and Technical norms for construction . (Decree of the Ministry of Infra-structure and Transport n 159 dated 14/9/2005), updated with the Decree of the Ministry of Infra-structure dated 14/11/2008. Key words: ANTI-SEISMIC LEGISLATION , building Restoration, Historic and Architectonic Patrimony, Evolution, Operating Means.

4 The Origins of Italy's ANTI-SEISMIC building Regulations The strategic and operational procedures that have influenced and characterized construction works for recovering historic buildings in Italy can be identified by investigating how ANTI-SEISMIC building regulations have evolved. Limiting our investigation to the post- ITALIAN unification period, the origin of this process can be assumed as the building regulations for the municipalities of the Island of Ischia, damaged by the earthquake of 28 July 1883 . Chapter III of this document sets out the regulations for the restoration of damaged or unsafe buildings;. in addition to the demolition of vaults above ground, Art.

5 3 specifies that for the construction of suspended floors if necessary, the box (casing) of the framing must bear on a sufficient number of vertical piers, suitably located within the thickness of the walls or at least in the corners of each room to be covered . In the case of architecturally important buildings, Art. 3 also requires that where vaults in churches might be in an unsafe condition, to prevent calamities these must be replaced by a correctly constructed ceiling bearing on vertical piers, which must either be interconnected or reinforced with metal ties and furthermore that should it be necessary to consolidate vaults or walls using iron ties or bands, these must spread over a large surface area by incorporating iron plates, grilles, long keys, or bars.

6 The Ischia regulations were followed by others that were drawn up in response to specific situations such as those for the construction and renovation of buildings in the municipalities of Liguria hit by an earthquake on February 22, 1887, and those for the construction and restoration of buildings damaged by the 1906 earthquake in the provinces of Calabria and Messina. This localized process continued until Royal Decree no. 193 of the 18 April 1909 was adopted as a consequence of the 1908. earthquake in Messina and Reggio Calabria. This decree issued Technical and sanitary regulations for the repair, reconstruction and new construction of public and private buildings in the places affected by the earthquake of 28 December 1908 and ANTI-SEISMIC LEGISLATION 139.

7 Other places previously listed in Royal Decree 15 April 1909, and as designated by their municipalities . Title III deals with repairs and ordinary building types, but also includes a series of criteria intended to bring existing buildings into line with the standards to be applied to new construction. Art. 33 requires that Buildings that have been fissured and were not constructed using the timber frame and lightweight infill system above the ground floor, must first be reduced in height to comply with the preceding art. 30, and then reinforced using vertical supports in timber, iron, or reinforced concrete , firmly slotted and fixed into the foundations; these supports must continue to the top of the building , and be bound together by bands at the level of the foundation step and at the projections of the upper floor and eaves, so as to form a reinforcing cage.

8 The vertical supports must be placed as a minimum, at all corners of the building , and in all cases not more than 5 m apart. Consolidating bands must be connected to the beams of the suspended floor by extending one beam at least every 3 m and impaling it externally, or if this is not possible, by passing transversal anchors through the wall at a minimum of every 3 m along its length. In single-storey buildings, if the wall thicknesses correspond to those set out in Art. 8. (sub-paragraph c) of these regulations, the reinforcing cage can be omitted on condition that all the other requirements set out in the preceding articles are complied with.. Another article in these regulations exempts buildings of architectural importance from the general requirements by introducing case by case criteria, stipulating that in respect of the provisions of art.

9 3 above, the method for carrying out repairs consisting exclusively of consolidation, of buildings whose artistic, historical, or archaeological value bestows upon them national importance, shall be determined on a case by case basis . The 1909 Regulations formed the basis for all LEGISLATION concerning buildings in masonry up until the early 1970s with the introduction of Law 64/74. All of the LEGISLATION up until that time [1] kept as a mainstay the case by case criterion for buildings of architectural importance and made cross-reference to laws concerning their safeguarding. In the case of ordinary masonry buildings these decrees and laws, with only minor changes, continued to require the framing system of vertical supports with consolidating bands at each upper floor and additional changes such as the replacement of staircases in masonry and cantilevered stairs, the elimination of thrust forces in roofs and vaults and the demolition of the vaults themselves if damaged or bearing on fissured or splayed walls or on buildings of more than one floor.

10 Other requirements included the demolition of splayed or widely fissured masonry and the repair of smaller fissures with new masonry with mortar of good quality and solidly keying the new work into the undamaged part. The height of a repaired building was also reduced to that permitted for new buildings. 140 Bellicoso In decrees issued between 1924 and 1930 the materials used for framing buildings changed from wood, steel or reinforced concrete to steel alone, and in the 1935 decree to steel or reinforced concrete , with an increase in the permitted height of buildings from 10m to 16m. In practice, the 10m height limit had already become less stringent;. a 1915 decree had in fact allowed the Civil Engineering Inspectorate to permit more than 10m if the static conditions were suitable.

Housing Policy Research 251 of housing policy was on state-driven public housing (Pugh, 1997, 2001). From the early 1970s to the mid-1980s the World Bank rose to prominence with adaptations of 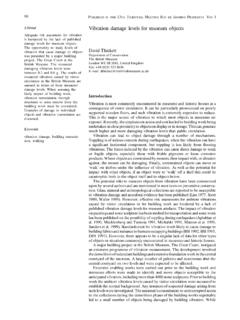 VOL I Preventive conservation 91 extensive endeavours were made to move vulnerable objects, a number of unforeseen circumstances arose, particularly involving an unanticipated concrete 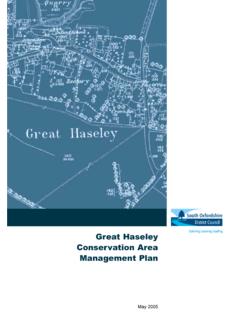