jack MOORE . Throughout my career as a flute technician and headjoint maker, I have from time to time been privileged to be associated with leading practitioners for whom I have great admiration. During 1982 my friend Ian Smith, then the co-principal of the Durban Philharmonic Orchestra mentioned that a new flautist had arrived and that he was playing a flute made by jack MOORE who worked in Elkhart. Ian then ordered two headjoints. When I saw the flue and headjoint I was absolutely amazed at the level of performance and it was also my introduction to the Bennett scale flute. jack 's instruments are characterized by a blend of functionality and practicality which one rarely sees in other instruments. They are aesthetically attractive, however the key is that the instruments are designed to function practically.

JACK MOORE Throughout my career as a flute technician and headjoint maker, I have from time to time been privileged to be associated with leading practitioners for whom I …

1 jack MOORE . Throughout my career as a flute technician and headjoint maker, I have from time to time been privileged to be associated with leading practitioners for whom I have great admiration. During 1982 my friend Ian Smith, then the co-principal of the Durban Philharmonic Orchestra mentioned that a new flautist had arrived and that he was playing a flute made by jack MOORE who worked in Elkhart. Ian then ordered two headjoints. When I saw the flue and headjoint I was absolutely amazed at the level of performance and it was also my introduction to the Bennett scale flute. jack 's instruments are characterized by a blend of functionality and practicality which one rarely sees in other instruments. They are aesthetically attractive, however the key is that the instruments are designed to function practically.

2 This shows in all aspects of his work. For example if one looks at the G# lever, often the French arm between the cup and the lever is weak, and often the G# lever itself if a casting bends. In terms of jack 's work there is a fillet between the lever and the hinged tube which reinforces this and stops any bending and a Y arm is used to attach the cup. This is broad and strong and the aesthetics of the instrument are taken care of through the attachment of a French pointed arm to the cup. This is non functional but there is no chance of damage taking place to the G# given its vulnerable position on the back of the flute. G# lever fillet jack 's work on bridge mechanisms is exemplary. The mechanisms are not complex but they never fail to work.

3 Other issues are also the optimization of key sizes. The Bennett scale has slightly bigger tone holes, and often makers who use it have cups which are too small and this makes padding difficult. jack 's cups are 2 3 thou bigger and this allows just enough space to work comfortably with the scale. jack 's work is legendary and when at Armstrong he was involved in building Murray flutes; to my knowledge the only people who have done this are jack and Albert Cooper who built the originals. jack built the prototype Murray flutes at the point in time that Armstrong was thinking of putting them into production. The statement widely made in the flute industry is jack can build anything . The Murray flute is probably second only to complication into the Quarter tone flute currently on offer from Brannen.

4 It involves an Open D# key, Open trill keys and Split A. It is the logical culmination of Theobald Boehm's work though it has never really caught on due to its complexity. It makes a number of pieces which cannot be played, playable! For many years I had wanted to visit jack and I finally achieved this in 2007. jack and his wife Marilyn met me at the Kalamazoo airport and I then had the pleasure of a number of days with them. The first statement I must make is that jack 's workshop is incredibly neat and he is a great sharer of knowledge. In terms of meeting with him he showed me how he presses and spins cups and for many years I had wondered about the curvature on his lip-plates. He then showed me how this is achieved in a very low tech and simple way.

5 I had originally attempted to order a flute from jack in 1987. He turned me down and he recently told me that at that point in time he had orders for 300 flutes and that every time he went to the post box there would be another dozen orders and he and Marilyn had battled to keep up even with the notices saying that he regretted that he couldn't build them. In retirement jack builds approximately one flute a month, working a few hours a day, and as he said to me he has now worked out his stock of gold and has no intentions to build anymore gold flutes but will continue to build silver flutes. Being in jack 's shop was very stimulating. He showed me a box of mandrels. Now mandrel making can be a very complex, expensive business. For experimental heads jack makes mandrels out of aluminium, easy to make and sufficient for a few passes.

6 In this regard he showed me a stepped mandrel for the experimental (Murray) headjoint. jack and I discussing flutemaking Amongst jack 's experimental mandrels there were a number of others; including mandrels made to measurements given to him by William Bennett taken from an old Louis Lot and Bonneville. jack 's comment was that Bennett had really helped put him on the map and had assisted him greatly with the use of the scale, headjoint development and so on. My comment would be that he put the Bennett scale on the map. Where does all this skill come from? Those of us who have tackled flute making are aware of the amount of time and patience it takes to learn to build instruments. jack 's schooling as an instrument maker began while he was still a schoolboy and he fondly tells of how he would go to the Armstrong factory after school where his father worked and that he would join his father on the bench to produce components for instruments, thus assisting the family pay packet as work was done on a piece-work basis.

7 jack went on to continue working at Armstrong and was ultimately the foreman of the Armstrong Heritage Division--the Heritage flute of course being the handmade flute built by Armstrong. In discussion with jack he ultimately felt that he was too engaged in managerial issues which detracted from his flutemaking and when the opportunity arose to go on his own, he took it. His further comments on the American flute and band instrument industry, is that he is saddened at how the Elkhart part of the industry has declined as many flutes are now built in China. His view is that it takes good hands to build flutes, and when couples would meet at an instrument making concern, and then at a later stage have children, that a gene pool of very handy people would develop, which obviously existed in the American band industry.

8 He believes that this has now been diminished as less instruments are being built. Our mutual friend and jack 's one time student David Wimberly, has always been in the greatest awe of the neatness and speed with which jack can work, as evidenced by the number of flutes he still builds in retirement. While sitting down in the shop with jack to talk about flutemaking, his first question was well what do you want to know? This was exactly the first question I was asked by Albert Cooper many years earlier when I went to visit him. One of the issues under discussion was bridge mechanisms. We are all familiar with the beautiful mechanisms built by Brannen, and now by Miyazawa, also based on the Brogger mechanism. What is not commonly known is that bridge mechanisms have been around for many years and that every saxophone you see has a form of bridge mechanism.

9 Conceptually the flute bridge mechanism is really a very refined and stylized, detailed woodwind bridge mechanism common to other wind instruments, in particular the saxophone. jack listened to my questions and then got up and went to his cupboard and pulled out blueprints of a pinless right and left-hand section bridge-work that had been designed by Phil Marceil at the Selmer plant, dated 1937. He made use of the design at Armstrong in the late 40's. It was that simple to get a leg up on how bridge mechanisms work. Left hand bridge mechanism, jack MOORE flute No. 299, (Courtesy of Evelien Ballantine). And what of the B to C# trill? A very useful key, but it is usually built with an extra axle and hinge tube, on extended posts., It works, but some would say that it is heavy, clumsy and flexible (deadly with a cup of this size).

10 What does jack do? And here the genius shows. He mounts two steel axles, one inside the other, and both inside the silver hinge tube. Thus the mechanism is in-line and not clumsy, also light. The whole is secured by a slip-post locked with a screw, so no flexion. Simple, effective, functional. Genius! Inline trills and B-C# trill key (Courtesy of Evelien Ballantine). The axles and hinge tube (Courtesy of Evelien Ballantine). Slip post retaining in-line trills and B-C# trill (Courtesy of Evelien Ballantine). What of the people? No discussion on jack would be complete without reference and detail in respect of Marilyn, his wife and lifelong partner. They still run as a very co- operative unit today. Marilyn handles the computer work and does the driving, jack builds the flutes. 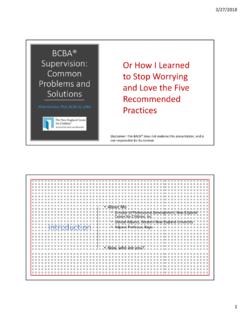 What should be the competency of your IC team?

© Competent Communicators 2007 – No reproduction wi thout permission What should be the competency of your IC team? According to the latest research, every ...

What, What should be the competency of, Should, Competency 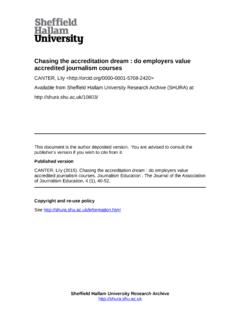 Chasing the accreditation dream : do employers … 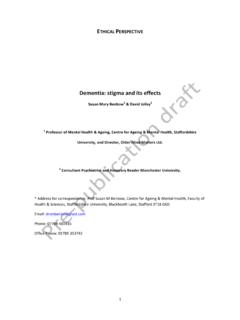 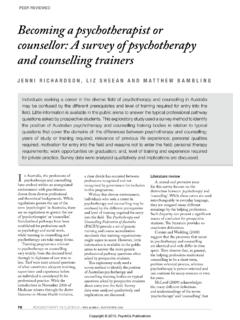 Becoming a psychotherapist or counsellor: A …

Age & generations, Boston College, Age/Generations, Career, What should be the competency of, Chasing the accreditation dream, Becoming a psychotherapist or counsellor