SPECIAL ARTICLE. New Guidelines to Evaluate the Response to Treatment in Solid Tumors Patrick Therasse, Susan G. Arbuck, Elizabeth A. Eisenhauer, Jantien Wanders, Richard S. Kaplan, Larry Rubinstein, Jaap Verweij, Martine Van Glabbeke, Allan T. van Oosterom, Michaele C. Christian, Steve G. Gwyther recorded also vary, 3) the definitions of progressive disease are Anticancer cytotoxic agents go through a process by which related to change in a single lesion by some and to a change in their antitumor activity on the basis of the amount of tu- the overall tumor load (sum of the measurements of all lesions). mor shrinkage they could generate has been investigated. by others, and 4) the arrival of new technologies (computed In the late 1970s, the International Union Against Cancer tomography [CT] and magnetic resonance imaging [MRI]) has and the World Health Organization introduced specific cri- led to some confusion about how to integrate three-dimensional teria for the codification of tumor response evaluation.

developed further in this document are not necessarily appli-cable or complete in such a context. It might be appropriate to make a distinction between “clinical improvement” and …

1 SPECIAL ARTICLE. New Guidelines to Evaluate the Response to Treatment in Solid Tumors Patrick Therasse, Susan G. Arbuck, Elizabeth A. Eisenhauer, Jantien Wanders, Richard S. Kaplan, Larry Rubinstein, Jaap Verweij, Martine Van Glabbeke, Allan T. van Oosterom, Michaele C. Christian, Steve G. Gwyther recorded also vary, 3) the definitions of progressive disease are Anticancer cytotoxic agents go through a process by which related to change in a single lesion by some and to a change in their antitumor activity on the basis of the amount of tu- the overall tumor load (sum of the measurements of all lesions). mor shrinkage they could generate has been investigated. by others, and 4) the arrival of new technologies (computed In the late 1970s, the International Union Against Cancer tomography [CT] and magnetic resonance imaging [MRI]) has and the World Health Organization introduced specific cri- led to some confusion about how to integrate three-dimensional teria for the codification of tumor response evaluation.

2 In 1994, several organizations involved in clinical research measures into response assessment. combined forces to tackle the review of these criteria on the These issues and others have led to a number of different basis of the experience and knowledge acquired since then. modifications or clarifications to the WHO criteria, resulting in After several years of intensive discussions, a new set of a situation where response criteria are no longer comparable guidelines is ready that will supersede the former criteria. In among research organizations the very circumstance that the parallel to this initiative, one of the participating groups WHO publication had set out to avoid. This situation led to an developed a model by which response rates could be derived initiative undertaken by representatives of several research from unidimensional measurement of tumor lesions instead groups to review the response definitions in use and to create a of the usual bidimensional approach.

3 This new concept has revision of the WHO criteria that, as far as possible, addressed been largely validated by the Response Evaluation Criteria areas of conflict and inconsistency. in Solid Tumors Group and integrated into the present In so doing, a number of principles were identified: guidelines. This special article also provides some philo- sophic background to clarify the various purposes of re- 1) Despite the fact that novel therapies are being developed sponse evaluation. It proposes a model by which a combined that may work by mechanisms unlikely to cause tumor re- assessment of all existing lesions, characterized by target gression, there remains an important need to continue to de- lesions (to be measured) and nontarget lesions, is used to scribe objective change in tumor size in solid tumors for the extrapolate an overall response to treatment. Methods of foreseeable future.

4 Thus, the four categories of complete re- assessing tumor lesions are better codified, briefly within the sponse, partial response, stable disease, and progressive dis- guidelines and in more detail in Appendix I. All other aspects of response evaluation have been discussed, reviewed, and ease, as originally categorized in the WHO Handbook (3), amended whenever appropriate. [J Natl Cancer Inst 2000; should be retained in any new revision. 92:205 16] 2) Because of the need to retain some ability to compare favor- able results of future therapies with those currently available, it was agreed that no major discrepancy in the meaning and the concept of partial response should exist between the old A. PREAMBLE and the new guidelines, although measurement criteria would be different. Early attempts to define the objective response of a tumor to 3) In some institutions, the technology now exists to determine an anticancer agent were made in the early 1960s (1,2).

6 However, some problems have developed with Correspondence to: Patrick Therasse, , European Organization for Re- the use of WHO criteria: 1) The methods for integrating into search and Treatment of Cancer Data Center, Avenue Mounier 83/11, 1200. response assessments the change in size of measurable and Brussels, Belgium (e-mail: evaluable lesions as defined by WHO vary among research See Note following References.. groups, 2) the minimum lesion size and number of lesions to be Oxford University Press Journal of the National Cancer Institute, Vol. 92, No. 3, February 2, 2000 SPECIAL ARTICLE 205. changes in tumor volume or changes in tumor metabolism Data from collaborative studies, including more than 4000. that may herald shrinkage. However, these techniques are not patients assessed for tumor response, support the simplification yet widely available, and many have not been validated.

7 Fur- of response evaluation through the use of unidimensional mea- thermore, it was recognized that the utility of response cri- surements and the sum of the longest diameters instead of the teria to date had not been related to precision of measure- conventional method using two measurements and the sum of ment. The definition of a partial response, in particular, is an the products. The results of the different retrospective analyses arbitrary convention there is no inherent meaning for an (comparing both approaches) performed by use of these differ- individual patient of a 50% decrease in overall tumor load. It ent databases are described in Appendix V. This new approach, was not thought that increased precision of measurement of which has been implemented in the following guidelines, is tumor volume was an important goal for its own sake. based on the model proposed by James et al.

8 (6). Rather, standardization and simplification of methodology were desirable. Nevertheless, the guidelines proposed in this C. RESPONSE EVALUATION CRITERIA IN SOLID. document are not meant to discourage the development of TUMORS (RECIST) GUIDELINES. new tools that may provide more reliable surrogate end 1. Introduction points than objective tumor response for predicting a poten- tial therapeutic benefit for cancer patients. The introduction explores the definitions, assumptions, and 4) Concerns regarding the ease with which a patient may be purposes of tumor response criteria. Below, guidelines that are considered mistakenly to have disease progression by the offered may lead to more uniform reporting of outcomes of current WHO criteria (primarily because of measurement er- clinical trials. Note that, although single investigational agents ror) have already led some groups such as the Southwest are discussed, the principles are the same for drug combinations, Oncology Group to adopt criteria that require a greater in- noninvestigational agents, or approaches that do not involve crease in size of the tumor to consider a patient to have drugs.

9 Progressive disease (5). These concerns have led to a similar Tumor response associated with the administration of anti- change within these revised WHO criteria (see Appendix II). cancer agents can be evaluated for at least three important pur- 5) These criteria have not addressed several other areas of re- poses that are conceptually distinct: cent concern, but it is anticipated that this process will con- Tumor response as a prospective end point in early clinical tinue and the following will be considered in the future: trials. In this situation, objective tumor response is employed Measures of antitumor activity, other than tumor shrink- to determine whether the agent/regimen demonstrates suffi- age, that may appropriately allow investigation of cyto- ciently encouraging results to warrant further testing. These static agents in phase II trials;. trials are typically phase II trials of investigational agents/.

10 Definitions of serum marker response and recommended regimens (see section ), and it is for use in this precise methodology for their validation; and context that these guidelines have been developed. Specific tumors or anatomic sites presenting unique com- Tumor response as a prospective end point in more definitive plexities. clinical trials designed to provide an estimate of benefit for a B. BACKGROUND specific cohort of patients. These trials are often randomized comparative trials or single-arm comparisons of combinations These guidelines are the result of a large, international col- of agents with historical control subjects. In this setting, ob- laboration. In 1994, the European Organization for Research and jective tumor response is used as a surrogate end point for Treatment of Cancer ( EORTC ), the National Cancer Institute other measures of clinical benefit, including time to event (NCI) of the United States, and the National Cancer Institute of (death or disease progression) and symptom control (see sec- Canada Clinical Trials Group set up a task force (see Appendix tion ).) 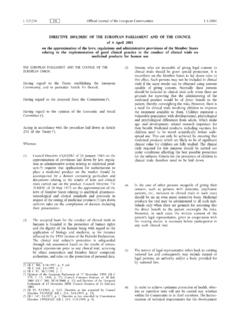 L121/34 EN OfficialJournaloftheEuropeanCommunities 1.5.2001 DIRECTIVE 2001/20/EC OF THE EUROPEAN PARLIAMENT AND OF THE COUNCIL of 4 April 2001 on the approximation of the laws, regulations and administrative provisions of the Member States 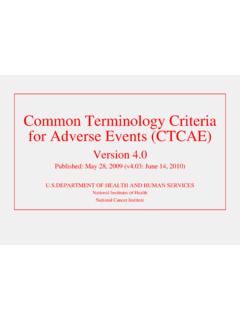 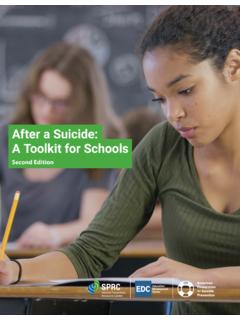 After a Suicide: A Toolkit for Schools 2nd Edition 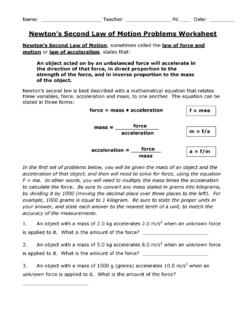 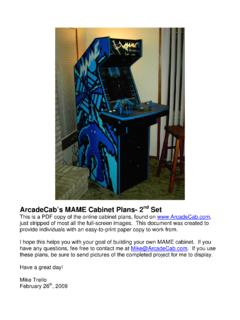 ArcadeCab’s MAME Cabinet Plans- 2nd Set This is a PDF copy of the online cabinet plans, found on www.ArcadeCab.com, just stripped of most all the full-screen images.

Preface In 1984 and 1985, the World Health Organization (WHO) published the first edition of Guidelines for drinking-water quality in three volumes.The development of these guidelines was organized

STEP TWO 26 At this juncture, his A.A. sponsor usually laughs. This, the newcomer thinks, is just about the last straw. This is the beginning of the end. 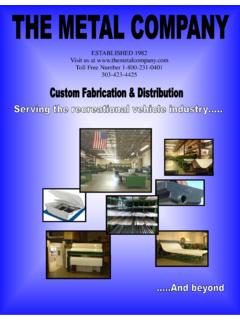