JUUL Advertising Over its First Three Years on the Market

2 Of popularity among school aged adolescents. identity, and satisfaction). Advertising prominently featured sweet and fruity flavors, especially mango. Objectives: JUUL's promotional efforts have yet to be The company employed social media influencers as systematically studied. brand ambassadors. They also sought individuals who were popular on the internet, enrolled them in JUUL's Methods: JUUL's Advertising (June 2015 - November affiliate program, and compensated them for posting 2018) derived from its website, social media positive reviews while insisting that they not reveal (Instagram, Facebook, and Twitter), hashtags, and this relationship.

3 Customer directed emails were analyzed. Conclusions: JUUL's Advertising imagery in its First 6. Results: As of November 2018, 2691 Twitter, 248 months on the Market was patently youth oriented. Facebook and 187 Instagram posts, and 171 customer For the next 2 Years it was more muted, but the directed marketing emails from JUUL controlled company's Advertising was widely distributed on social accounts were available for study. JUUL's Instagram media channels frequented by youth, was amplified by account had 77,600 followers and #juul had 260,866 hashtag extensions, and catalyzed by compensated postings.

4 JUUL's Vaporized launch campaign featured influencers and affiliates. JUUL's mission statement to models in their 20s appearing in trendy clothes Improve the lives of the world's one billion adult engaged in poses and movements more evocative of smokers and their repeated assertion that their underage teens than mature adults. Subsequently, product is meant for adult smokers only has not JUUL's principal Advertising themes have been closely been congruent with its marketing practices over its aligned with that of traditional tobacco Advertising First 3 Years . JUUL Advertising (2015 2018) 2.

5 INTRODUCTION 25-34 year old Ever use of JUUL was for ages 15-17, for 18-21, and for 25-34. JUUL is an electronic vaping device which While not evaluated in this study, the remaining group resembles a USB memory stick. The company of adult smokers, age 35 may well be infrequent explained the name as connoting a jewel (something JUUL users. The appeal of JUUL to teenagers includes precious) and joule (a unit of energy). Many media its stealthiness (that parents and teachers may not articles refer to JUUL as the iPhone of e-cigarettes recognize it for what it is), its youth appealing flavors and the package of both products bear a close ( , mango, cr me br l e, mint, fruit medley), and its Both co-founders James Monsees and positioning as the latest Adam Bowen are graduates of Stanford's Design Concern over JUUL's rapid rise among School, the alma mater of many Apple designers.

6 American youth led the US Food and Drug JUUL's vapor delivers an exceptionally high nicotine Administration (FDA) in April 2018 to announce that it concentration (59mg/ml) making it highly addictive for was considering enforcement actions to counter nicotine na ve individuals. underage sales and requested documents from the Since its introduction in June 2015, JUUL has company to evaluate the drivers of underage In had a meteoric rise in sales and in November 2018 October 2018, as part of its ongoing investigation, the represented of the US e-cigarette Market FDA seized thousands of documents from JUUL.

7 According to Nielsen JUUL's dollar sales In November 2018, the FDA. increased by 783% in the 52 week for the period announced a series of measures intended to constrain ending June Largely driven by the immense rise youth access to JUUL and other The in JUUL sales, the entire e-cigarette marketplace grew attorneys general of Iowa, Massachusetts, and North by 97%, to nearly $2 billion, over the same A Carolina have launched investigation into underage mere 3 Years since its product launch the company has use of Lawsuits have begun to appear, both achieved a valuation of $15 JUUL is now by individual litigants and class actions.

8 Based upon recognized to be the fastest startup to reach $10 JUUL leading to nicotine addiction among billion valuation, achieving this measure 4 times faster JUUL's marketing efforts over its period of than Over the 12 month period ending phenomenal growth have yet to be comprehensively August 2018, JUUL has sold $ billion in devices analyzed in the academic literature. It is important to and e-juice containing study the way the Advertising evolved, both its The JUUL founders have portrayed their messaging and channel use, to evaluate its intended company as wholly focused upon rescuing millions of targets and what it reveals about the company's adult smokers.

9 The company's 2018 mission awareness that its product was increasingly becoming statement specifies its goal is to: Improve the lives of popular among adolescents. The goal of this study is the world's one billion adult smokers and dedicated to analyze JUUL's promotional efforts over its First 3. to eliminating cigarettes by offering existing adult Years on the Market including its hosted events as well smokers with a better alternative to combustible as its Advertising in print, web, e-mail, and social cigarettes. 7 Despite this stated intention, a principal media channels (Instagram, Facebook, Twitter).

10 Driver of JUUL's explosive growth in sales has been its adoption by youth. In November 2018, the Center for METHODS: Disease Control and Prevention reported current e- cigarette use among American high school students Assembling a Collection of JUUL Advertising : reached ( million users) representing a 78% A multifaceted approach was employed to increase from the prior A 2018 survey of 14,379 gather and analyze JUUL advertisements from the teens and young adults between the ages of 15 and 34 time of their Market launch in June 2015 through Years , showed that teens ages 15-17 Years were 16 November 2018. 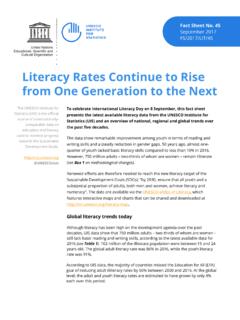 Literacy Rates Continue to Rise from One Generation to the ...

Fact Sheet No. 45 September 2017 FS/2017/LIT/45 Literacy Rates Continue to Rise from One Generation to the Next To celebrate International Literacy Day on 8 September, this fact sheet 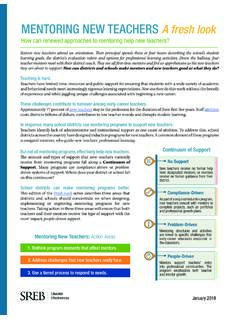 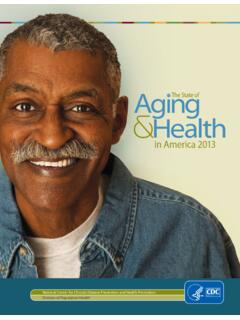