CV171. Department of Justice Office of Justice Programs Office of Juvenile Justice and Delinquency Prevention Jeff Slowikowski, Acting Administrator December 2009. Office of Justice Programs Innovation Partnerships Safer Neighborhoods Juveniles Who Commit Sex Offenses A Message From OJJDP. The victimization of youth by adult Against Minors sex offenders has been an ongo- ing concern for some time. Although all crimes constitute an assault on civilization, the criminal violation of children is particularly disturbing. David Finkelhor, Richard Ormrod, and Mark Chaffin In recent years, there has been increased public interest in the The Office of Juvenile Justice and Delinquency Prevention (OJJDP) is committed to incidence of sexual victimization of improving the justice system's response to crimes Against children.

1 CV171. Department of Justice Office of Justice Programs Office of Juvenile Justice and Delinquency Prevention Jeff Slowikowski, Acting Administrator December 2009. Office of Justice Programs Innovation Partnerships Safer Neighborhoods Juveniles Who Commit Sex Offenses A Message From OJJDP. The victimization of youth by adult Against Minors sex offenders has been an ongo- ing concern for some time. Although all crimes constitute an assault on civilization, the criminal violation of children is particularly disturbing. David Finkelhor, Richard Ormrod, and Mark Chaffin In recent years, there has been increased public interest in the The Office of Juvenile Justice and Delinquency Prevention (OJJDP) is committed to incidence of sexual victimization of improving the justice system's response to crimes Against children.

2 OJJDP recognizes youth by other youth. This should not that children are at increased risk for crime victimization. Not only are children the vic- be surprising considering that youth tims of many of the same crimes that victimize adults, they are subject to other crimes, constitute more than one in four sex offenders and that Juveniles perpetrate like child abuse and neglect, that are specific to childhood. The impact of these crimes more than one in three sex Offenses on young victims can be devastating, and the violent or sexual victimization of chil- Against other youth. dren can often lead to an intergenerational cycle of violence and abuse. The purpose Research on juvenile sex offenders of OJJDP's Crimes Against Children Series is to improve and expand the Nation's efforts goes back more than half a century.

3 To better serve child victims by presenting the latest information about child victimization, however, little information about these young offenders and their Offenses including analyses of crime victimization statistics, studies of child victims and their spe- exists. cial needs, and descriptions of programs and approaches that address these needs. This Bulletin draws on data from the Federal Bureau of Investigation's Although those who Commit sex Offenses in youth who Commit sexual Offenses National Incident-Based Reporting Against Minors are often described as has grown in recent years, along with System to provide population-based pedophiles or predators and thought specialized treatment and management epidemiological information on juve- of as adults, it is important to understand programs, but relatively little population- nile sex offending.

4 That a substantial portion of these Offenses based epidemiological information about are committed by other Minors who do the characteristics of this group of offend- It is OJJDP's hope that the findings not fit the image of such terms. Interest ers1 and their Offenses has been available. reported in this Bulletin and their The National Incident-Based Reporting implications will help inform the policy System (NIBRS) offers perspective on the and practice of those committed to 1. This Bulletin follows the common convention of refer- addressing the sexual victimization of characteristics of the juvenile sex offender ring to these youth as offenders. However, very few youth and strengthening its preven- of the youth described with this label in the National population coming to the attention of law tion and deterrence considerations Incident-Based Reporting System data are convicted enforcement.

5 That are critical to success. Their as adults would be. Many were only alleged to have Key findings from this Bulletin include the efforts to protect youth from victimiza- engaged in illegal behavior, and, if subject to justice system action, were adjudicated delinquent rather following: tion, or from becoming victimizers than convicted of a crime. Thus, the term juvenile of- themselves, have our support and fender should not imply shared status with convicted Juveniles account for more than one- commendation. adult offenders, legally or otherwise. third ( percent) of those known to Access OJJDP publications online at police to have committed sex Offenses Most of the clinical sample studies on offenders acting alone with young children Against Minors .

6 Which current knowledge is based have as victims. Many specialized intervention Juveniles who Commit sex Offenses focused on the clinical characteristics of systems are designed with this type of Against other children are more likely offenders, treatment issues, risk predictors, behavior in mind. than adult sex offenders to offend in and recidivism rates (Becker, 1998). The clinical literature has generally considered Early thinking about juvenile sex offenders groups and at schools and to have was based on what was known about adult more male victims and younger victims. teenage and preteen offenders as differ . ent offender types: teenage sex offenders child molesters, particularly adult pedo.

7 The number of youth coming to the are predominately male (more than 90 philes, given findings that a significant attention of police for sex Offenses in percent), whereas a significant number portion of them began their offending dur . creases sharply at age 12 and plateaus of preteen offenders are female (Silovsky ing adolescence. However, current clinical after age 14. Early adolescence is the and Niec, 2002). Most Offenses described typologies and models emphasize that peak age for Offenses Against younger in the clinical literature involve teenage this retrospective logic has obscured children. Offenses Against teenagers surge during mid to late adolescence, while Offenses Against victims under The National Incident-Based Reporting System (NIBRS).

8 Age 12 decline. The Department of Justice is replacing its long-established Uniform Crime Re . A small number of juvenile offenders ports (UCR) system with a more comprehensive National Incident-Based Reporting 1 out of 8 are younger than age 12. System (NIBRS). Whereas UCR monitors only a limited number of index crimes and Females constitute 7 percent of juve gathers few details on each crime event (except in the case of homicide), NIBRS. niles who Commit sex Offenses . collects a wide range of information on victims, offenders, and circumstances for a greater variety of Offenses . Offenses tracked in NIBRS include violent crimes Females are found more frequently ( , homicide, assault, rape, robbery), property crimes ( , theft, arson, vandal.)

9 Among younger youth than older youth ism, fraud, and embezzlement), and crimes Against society ( , drug Offenses , who Commit sex Offenses . This group's gambling, prostitution). Moreover, NIBRS collects information on multiple victims, Offenses involve more multiple-victim multiple offenders, and multiple crimes that may be part of the same episode. and multiple-perpetrator episodes, and they are more likely to have victims who Under the new system, as under the old, local law enforcement personnel compile are family members or males. information on crimes coming to their attention and the information is then aggre . gated at State and national levels. For a crime to count in the system, law enforce.

10 Jurisdictions vary enormously in their ment simply needs to report and investigate the crime. The incident does not need concentration of reported juvenile sex to be cleared, nor must an arrest be made, though unfounded reports are deleted. offenders, far more so than they vary in their concentration of adult sex NIBRS holds great promise, but it is still far from a national system. The Federal Bureau of Investigation (FBI) began implementing the system in 1988, and State offenders. and local agency participation is voluntary and incremental. By 1995, jurisdictions in 9 States had agencies contributing data; by 1997, the number was 12; and Background by 2004, jurisdictions in 29 States submitted reports, providing coverage for 20. 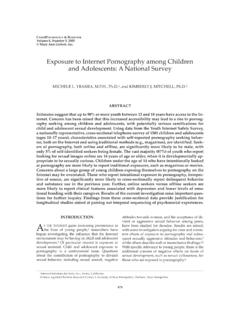 Exposure to Internet Pornography among Children and ...

at pornography are more likely to report traditional exposures, such as magazines or movies. Concerns about a large group of young children exposing themselves to pornography on the Internet may be overstated.

General Conditions of the Contract for Construction 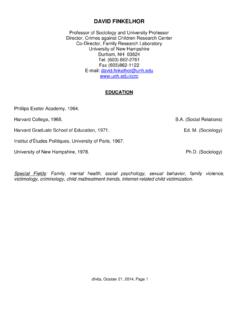 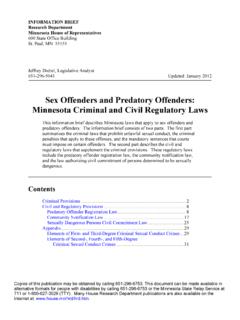 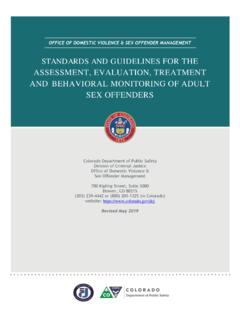 STANDARDS AND GUIDELINES FOR THE ASSESSMENT, …

Colorado Sex Offender Management Board Standards and Guidelines for the Assessment, Evaluation, Treatment and Behavioral Monitoring of Adult Sex Offenders