2530 CRYSTAL DRIVE ARLINGTON, VIRGINIA 22202 I am pleased to submit to Congress and the Secretaries of State and Defense, SIGAR’s 39th quarterly report

2 Terrorists struck at the very core of a free society early on Monday morning, April 30th, when 10. journalists were among at least 31 people killed in a series of attacks in Afghanistan. Nine of the journalists were killed in a suicide bombing in Kabul. A bomber disguised as a TV carmeraman detonated a bomb at the scene of an earlier explosion near the Embassy and NATO's Resolute Support headquarters. Islamic State claimed responsibility. Separately on Monday, a BBC Afghan Service reporter was shot dead by unknown gunmen in KHOWST Province. These cowardly attacks are part of a pattern of violence against Afghan journalists, who display great courage every day as they practice a craft essential to democracy.

3 This quarter, sigar released its third report from our Lessons Learned Program, Private Sector Development and Economic Growth: Lessons from the Experience in Afghanistan. As discussed in Section One of this quarterly report, the new lessons-learned report examines the experience of what has been the most ambitious effort ever undertaken to develop an impoverished, previously state-dominated economy in the midst of an ongoing insurgency. The findings and recommendations it offers can help guide future private-sector development efforts in Afghanistan and elsewhere. sigar initiated its Lessons Learned Program, in part, at the urging of General John Allen, Ambassador Ryan Crocker, and others who served in Afghanistan.

4 The program is a central component of sigar 's legislative mandate. The Inspector General Act of 1978, as well as the 2008 statute that created sigar , directs us to keep Congress, as well as the Secretaries of State and Defense, informed as to deficiencies related to the administration of reconstruction programs in Afghanistan. Our duties also include recommending measures to promote effectiveness and efficiency in such programs, and examining the degree to which the programs are coordinated among implementing agencies, the Afghan government, and the international community. sigar 's first two lessons-learned reports concerned corruption and rebuilding Afghanistan's security forces.

5 Next quarter, sigar plans to release two more reports dealing with stabilization and counternarcotics. Current and former and Coalition officials, as well as recognized experts in the field, have suggested topics for program reports. sigar continued to work with United States Forces-Afghanistan (USFOR-A) this quarter to maximize the amount of unclassified information that could be provided to Congress and the public on the mission to train, advise, and assist the Afghan National Defense and Security Forces (ANDSF). During my February visit to Afghanistan, I met with General John W. Nicholson Jr., commander of NATO and forces in Afghanistan, to discuss the increased classification of data for the quarterly report over the last two quarters.

6 While maintaining that USFOR-A is obliged to accede to the requests of the Afghan government concerning the classification of Afghan data, General Nicholson agreed that USFOR-A would strive to provide publicly releasable information for sigar . The general and his staff later met with a team from sigar 's Research and Analysis Directorate in Kabul to discuss, among other things, a letter he sent to Afghanistan's national-security advisor requesting that 18 of 29 types of information concerning the ANDSF be made available for public release based on the treatment of similar information in both NATO and classification guides. The sigar team also met with the Combined Security Transition Command-Afghanistan (CSTC-A) to discuss ways to reduce the workload involved in responding to sigar 's data call without reducing the quality of information presented in the quarterly report.

7 As a result of these meetings and other consultations with the Department of Defense (DOD), USFOR-A. declassified or allowed the public release of several different types of data related to the reconstruction of the Afghan security forces. Among them are the assigned, or actual, force strength of the ANDSF, which the 2530 CRYSTAL DRIVE ARLINGTON, VIRGINIA 22202. latest figures show to be falling sharply over the last year. More information about all of the newly released data is presented in Section Three of this report. This quarter, sigar issued 13 audit, inspection, and other reports. sigar 's work to date has identified about $ billion in savings for the taxpayer. sigar published two performance-audit reports this quarter.

9 sigar also completed one evaluation report examining DOD's efforts to supply and account for fuel in Afghanistan. sigar 's Office of Special Projects issued five reports on a range of issues including health facilities in Kandahar Province, procedures for collecting and screening Afghan National Army blood samples, and Agency for International Development-funded schools in Kunduz Province. Special Projects also issued three alert letters and a notification letter to relevant authorities concerning structural damage at educational facilities and structural damage to a bridge, all in Baghlan Province. During the reporting period, sigar investigations resulted in one indictment, one guilty plea, three sentencings, two arrests, $6,527,491 in restitutions, and $264,563,451 in cost avoidance and recoveries to the government.

10 sigar initiated 12 new cases and closed 31, bringing the total number of ongoing investigations to 199. sigar 's suspension and debarment program referred two individuals and four companies for suspension or debarment based on evidence developed as part of investigations conducted by sigar in Afghanistan and the United States. These referrals bring the total number of individuals and companies referred by sigar since 2008 to 895, encompassing 498 individuals and 397 companies. In this, the Year of the IG the 40th anniversary of the law creating a cadre of federal watchdogs . my staff and I pledge to continue providing vigorous oversight of the agencies engaged in reconstructing Afghanistan. 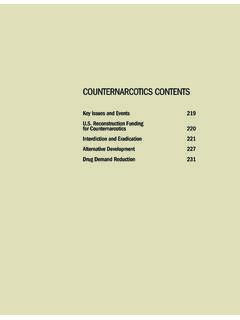 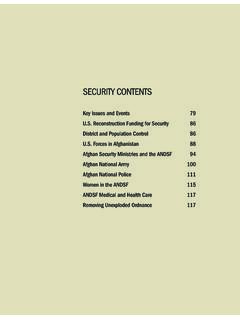 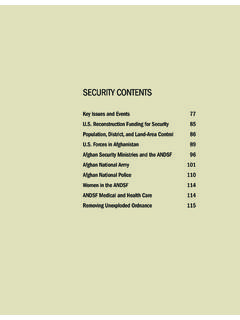 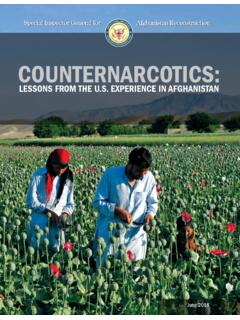 This report examines the U.S. counternarcotics effort in Afghanistan, detailing how the Departments of Defense (DOD) and State, the U.S. Agency for International Development (USAID), and the Drug Enforcement Administration 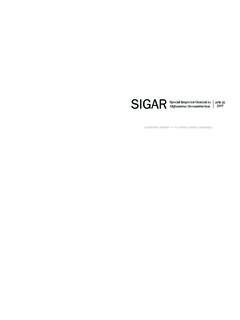 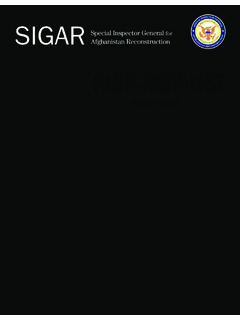 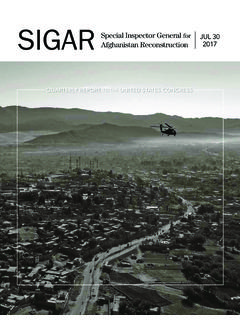 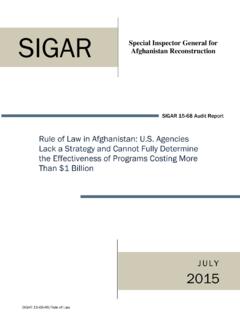 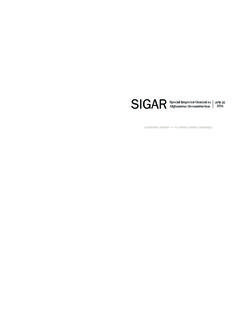 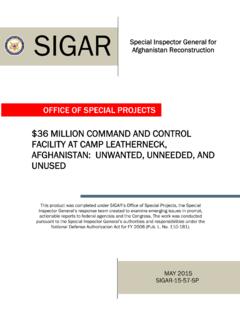 DoD, General Vangjel, and Colonel Allen did not dispute any of the facts contained in the report, but disagreed with some of the conclusions SIGAR reached based on those facts.