KOREAN WAR CONFERENCE : Commemorating the 60th Anniversary June 24-26, 2010. Victoria, Texas Hosted by: Victoria college / University of Houston-Victoria Library African Americans in the KOREAN War: Forgotten Warriors of the Forgotten War George Cooper Lone Star college - Montgomery This submitted paper is formatted for the Web. Cooper 1. Today, many people, especially the young, view an integrated and desegregated society as the way it has always been. However, at 4:00 on the morning of June 25, 1950, North KOREAN troops th attacked across the 38 parallel. At that time the United States military was not desegregated, despite President Harry Truman's Executive Order 9981 of July 26, 1948. Military leaders had decommissioned some, but not all, all-black units whose colors had been furled. Decommissioned, the black solders th returned to the United States. Other units, including the 24 Infantry Regiment originally called Buffalo th Solders who served in the American West in the 19 century remained in the Far East as occupation th troops while military leaders discharged white units and send them home.

This submitted paper is formatted for the Web. African Americans in the Korean War: Forgotten Warriors of the Forgotten War George Cooper Lone Star College - Montgomery

1 KOREAN WAR CONFERENCE : Commemorating the 60th Anniversary June 24-26, 2010. Victoria, Texas Hosted by: Victoria college / University of Houston-Victoria Library African Americans in the KOREAN War: Forgotten Warriors of the Forgotten War George Cooper Lone Star college - Montgomery This submitted paper is formatted for the Web. Cooper 1. Today, many people, especially the young, view an integrated and desegregated society as the way it has always been. However, at 4:00 on the morning of June 25, 1950, North KOREAN troops th attacked across the 38 parallel. At that time the United States military was not desegregated, despite President Harry Truman's Executive Order 9981 of July 26, 1948. Military leaders had decommissioned some, but not all, all-black units whose colors had been furled. Decommissioned, the black solders th returned to the United States. Other units, including the 24 Infantry Regiment originally called Buffalo th Solders who served in the American West in the 19 century remained in the Far East as occupation th troops while military leaders discharged white units and send them home.

2 For the 24 a unit commanded mostly by white officers and a part of the segregated army the KOREAN War was not a catalyst for integration, but rather a definitive example of racial bigotry and discrimination. That the military, especially the army, dragged its feet in complying with Truman's Executive Order surprised no one. A century before, Chief Justice of the United States Supreme Court Roger B. Taney in the Dred Scott case pointed to the exclusion of blacks from state militias as one rational for denying blacks i citizenship. While most Northern states abolished slavery before the Civil War, most of them excluded ii blacks from their militias or allowed them join only in times of manpower shortages. Changes came during the Civil War. Because the North needed maximum manpower in the war, enrollment was open to iii blacks, and more than 186,000 of them joined the ranks of the Union army while 30,000 joined the navy.

3 By the time the United States entered World War II, discrimination against African Americans in the military had become an extremely charged issue. While fighting a war against racist regimes, the United States iv prohibited more than 10 percent of its own population from enjoying the full benefits of a free society. However, as the war continued to rage, the American government allowed some blacks to serve given manpower needs. The famous general, George Patton, even bragged about some units that served under v him. But, still, discrimination was still the rule not the exception. Between 1945 and the beginning of the KOREAN War, little had changed. But it was on the way when on July 7, 1950, North Korea invaded South Korea. The United Nations Security Council called for a multi-national force to participate alongside vi Americans in an attempt to staunch the invasion.

4 Cooper 2. th Although the 24 Infantry Regiment was only one of more than 100 black units that fought in Korea, it is by far the best known. It was also the only unit of regimental size; most of the others were company size, primarily designated as service or transportation units. Several were field artillery battalions, but only nd th vii one other infantry unit, the 2 Ranger Infantry Company, which was attached to the 7 Infantry Division. To a large degree, this situation reflected the pre-World War II era stereotype of the African American soldier a military form of white supremacy which posited that Negroes were poor combat soldiers, suited only for service or transportation units. Further, white commanding officers believed that black soldiers viii should be segregated because it reflected civilian society. th The 24 Infantry Regiment was one of two black regiments always assigned duty that no one else th th wanted.

5 On the American frontier, men in the 24 joined their black brethren of the 10 Cavalry and ix th mapped substantial parts of the American plains. Commanders sent the 24 to the Philippines in 1899 to th help win the Spanish-American War and to suppress the nativist insurgency. While in the islands, the 24. helped install a Filipino civilian government and also supervised elections and insuring residents of rights that blacks in American did not enjoy at home. White commanders and common soldiers denigrated the Filipino rebels using derogatory racial terms while the rebels offered blacks commissions if they would join the revolution. But, with a few exceptions, blacks refused to fight against the United States. This was repeated fifty years later when North Koreans and Chinese political indoctrination officers attempted to x convert African American prisoners-of-war with equally limited success.

6 Th The 24 spent World War I stateside; military policy-makers thereby prohibited them from engaging in combat for which they were trained. However, World War II was different for at least part of the st regiment. After spending several months as a support group in New Hebrides, on March 11, 1944, the 1. Battalion entered combat against the Japanese at Bougainville. The men performed with such efficiency that commanders ordered the group to clean out Japanese holdouts on both Saipan and Okinawa before xi the hostilities with Japan closed. th While the manpower levels of the 24 fell during the post-World War II era, it remained stronger than most white units because a great majority of black soldiers viewed even a segregated military life as Cooper 3. better than what they experienced in Jim Crow America. Theoretically, the blacks' military lives should have improved when President Harry Truman issued Executive Order 998, but it was not until eighteen months later that Secretary of the Army Gordon Gray reluctantly agreed to make military assignments based on qualification rather than race.

7 It was not surprising then, that when the North Koreans crossed th xii the 38 parallel, most African Americans in the Army still served in all-black units. th When the KOREAN War erupted, the 24 was the last all-black regiment serving overseas. It was the holding unit for all African American soldiers transferred to the Far East. However, the seemingly sudden North KOREAN onslaught expedited the integration of units as planners were unable to gauge how many new draftees were white and how many were black. Casualty rates were so high that commanders xiii simply plugged American soldiers black and white into whatever units needed reinforcements. th th The 24 was part of the 25 Division. For three years before the war began, commanders stationed the regiment at Gifu, Japan, 370 miles southwest of Tokyo, on the main island of Honshu. The high th command of the 8 Army had earlier mandated that regimental combat training largely ignored since the close of World War II be completed by May of 1950.

8 However, the continual rotation of officers and men th made training problematic for the entire command. The 24 had its own unique problems, as almost all black non-commissioned officers were career men who really did not want to rotate back to the states. The company-level officers corps of the regiment were largely white, and many were present for a three-month rotation in Japan to give them foreign exposure before being released back to civilian life. In addition, most commissioned white officers, regardless of rank, viewed assignment to a black unit as punishment and as career ending. None of the above circumstances were conducive to combat readiness or to the xiv development of esprit de corps. To further hamper readiness, planners had earlier reduced stateside basic training from the traditional fourteen weeks to six weeks, a necessity to bring unit strength up to designated levels.

9 The post-World War II manpower draw down mandated by Congress conflicted with the demands placed on troops serving as occupation forces throughout the world. In Europe and the Far East, understaffed commands had to cope with an escalating cold war. Planners forced commands to provide not just Cooper 4. advanced training for their new arrivals, they also had to complete essential basic combat training when th nd new men arrived at station. Commanders also organized the 24 and the 2 Battalion as training contingents, further reducing the available personnel for day-to-day assignments. Outdated equipment xv compounded the problems of training the men. Reflecting the prejudice rampant in the military of the day, the high command further blamed poor th results by the 24 on the low educational level of the men, 60 percent of whom scored in the two lowest levels of the Army's intelligence attitude tests.

10 While the Air Force had white officers who recognized the xvi relation between segregation and race-related problems, the Army ignored that connection. As late as three years after the KOREAN armistice, General Mark Clark wrote an openly racist article in U. S. News and xvii World Report stating that I oppose the indiscriminate mixing of white and Negroes.. When President Truman authorized the use of air and naval forces in support for of South Korea, th the 24 was the only unit in the Asiatic theater that was near designated strength. Still, it was not until July th 6 that planners ordered the 24 to ship out for Korea, well after the initial military response had fallen short xviii of stopping the North Koreans. th Although the command structure of the 24 Regiment remained in turmoil, the th non-commissioned officer staff was in better shape than the rest of the 8 Army. 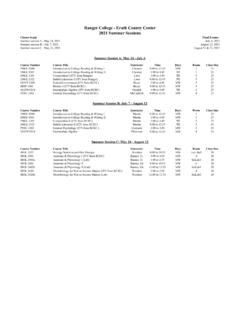 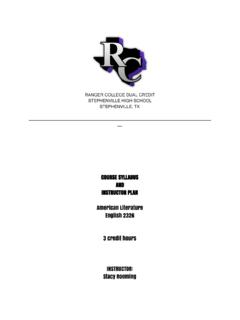 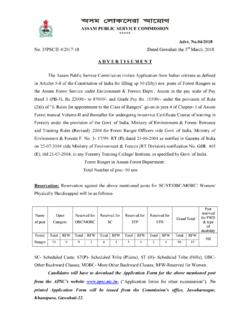 2 The last date of submission of duly filled up application Forms accompanied by all particulars to the Commission’s office is fixed on 4/4/2018. 1. The candidate must be an Indian Citizen as defined in Articles 5-8 of the Constitution of 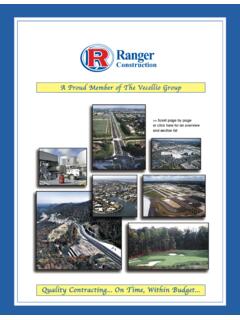 A Proud Member of The Vecellio Group - Ranger …

A Proud Member of The Vecellio Group Quality Contracting... On Time, Within Budget... >> Scroll page by page or click here for an overview and section list 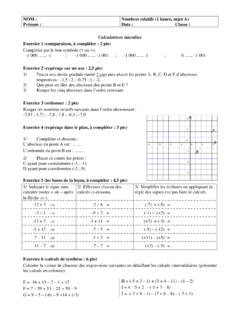 Directions: 1. Read the description of the twelve interest areas. 2. For each interest area, check each space under interests, skills, and personality/temperaments