Bharati Law Review, April June, 2016 87. land ACQUISITION ACT 2013 AND land ORDINANCES . 2014: A MOCKERY OF DEMOCRACY. Mr. Karra Kameswara Rao (Karra) . Abstract This article presents a clear picture of controversial policies pertaining to land ACQUISITION , resettlement, rehabilitation and compensation. A critical study is made to bring out the lapses of the original Act of 1894 whereby not only the land owners but also the states had to encounter several hardships for want of valid and correct guidelines. A specific mention is made about the faults of both ruling party as well as the opposition parties. Firstly, the government chose the wrong route of forcing ordinance hastily.

1 Bharati Law Review, April June, 2016 87. land ACQUISITION ACT 2013 AND land ORDINANCES . 2014: A MOCKERY OF DEMOCRACY. Mr. Karra Kameswara Rao (Karra) . Abstract This article presents a clear picture of controversial policies pertaining to land ACQUISITION , resettlement, rehabilitation and compensation. A critical study is made to bring out the lapses of the original Act of 1894 whereby not only the land owners but also the states had to encounter several hardships for want of valid and correct guidelines. A specific mention is made about the faults of both ruling party as well as the opposition parties. Firstly, the government chose the wrong route of forcing ordinance hastily.

2 Secondly the opposition parties mainly the congress is bent upon stalling the proceedings in Rajya Sabha for reasons best known to them. Economists and political analysts expressed their views about the Act (2014) as Pro- land -owners and Pro-industrialists . In fact, it is not absolutely so, if one looks at it. A coin has both sides , one needs to understand positively. Introduction The Supreme Court emphasized on the need to enact a new land ACQUISITION law. In November 2011, a joint bench of Justice Lodha and Justice Khehar in their Judgement vehemently remarked. It has been felt that land ACQUISITION Act 1894( 1894) does not adequately protect the interest of owners / persons interested in the land .

3 For years, the acquired land remains unused. To say the least, the Act has become outdated and needs to be replaced at the earliest with fair, reasonable and rational enactment in tune with the constitutional provisions, particularly Act 300A. We expect the law making process for a comprehensive enactment with regard to ACQUISITION of land being completed without any unnecessary delay.. Senior Faculty, Mahatma Gandhi Law College, Hyderabad. Bharati Law Review, April June, 2016 88. Undoubtedly land ACQUISITION has remained a controversial issue in India resulting in conflicts between social, economic and political structures. Accordingly, the previous government , (United Progressive Alliance) brought in the new legislation, Right to fair compensation and Transparency in land ACQUISITION , Rehabilitation and Resettlement Act 2013 , with a view to provide for a fair deal to the land owners who had suffered due to weak framework of the land ACQUISITION Act 1894.

4 The was passed by the Parliament on 5th September 2013 and came into force on January 2014. The Act overrode the Colonial land ACQUISITION Act ( ) 1894. The 2013 Act for the first time, integrated land ACQUISITION with Rehabilitation and Resettlement (R&R) and Social Impact Assessment ( ). As per Section 105 of the Act, the provisions of the Act did not apply to 13 Central Acts, which acquired land under special provisions specific to their domain, considered critical for development. After the washout of the winter session of the Parliament the Government of India decided to take the ordinance route to amend Section 105. On 31st December 2014, the last day for the notification, the ordinance was made applicable to all the compensation and R & R provisions of to the 13.

5 Exempted laws. Factors for New Legislation In India, the land ACQUISITION Act ( ) 1894 had served as the basis for all government ACQUISITION of land for public purposes. The Government of India adopted the 1894. The Constitution of India placed ACQUISITION and Requisitioning of Property as entry 42 is the concurrent list. This meant that both the Centre and State could make laws governing land ACQUISITION . However, in case of conflict between the Central and State Law the Central Legislation would prevail. However, the law failed to address some important issues associated with land ACQUISITION particularly forcible acquisitions, the definition of Public purpose, widespread misuse of the Urgency clause, compensation, lack of transparency in the ACQUISITION process, participation of communities whose land was being acquired and lack of R & R package.

6 Bharati Law Review, April June, 2016 89. The Supreme Court Judgments on various occasions spelt out divergent views in Public Purpose . In the State of Bombay v. Nanji, 1956, the Supreme Court of India observed it is impossible to precisely define the expression Public Purpose . In each case, all the facts and circumstances will require to be closely examined in order to determine whether a public purpose has been established. Prima facie, the government is the best judge as to whether public purpose is served by using a requisition order , but is not the sole judge. The courts have the jurisdiction and it is their duty to determine this matter whenever a question is raised whether a requisition order is or is not for a public purpose.

7 In Coffee Board v. Commissioner of Commercial Taxes, 1988, The Supreme Court of India again stated Eminent domain is an essential attribute of sovereignty of every state and authorities are universal in support of the definition of eminent domain as the power of the sovereign to take property for public use without the owner's consent upon making just compensation. Purpose of Act The primary objective of the Act was to fair compensation, through R & R of those affected, adequate safeguards for their well being and completes transparency in the process of land ACQUISITION . The most important features of the Act were: 1. The Consent of 80% land owners concerned was needed for acquiring land for private projects and 70% land owners for public private projects ( ).

8 2. The term Public Purpose which was left vague in the land ACQUISITION Act ( ) 1894 was restricted to land for strategic purposes, infrastructural projects, 's planned development or improvement of village or urban sites or residential purpose for weaker section and persons residing in areas affected by natural calamities or displaced. 3. The compensation was increased to four times the market value in rural areas and twice the market value in urban areas. 4. R & R package for the affected families with additional benefits to the Scheduled Castes and Scheduled Tribes families. Bharati Law Review, April June, 2016 90. Exemption List The Bill 2011 had 16 Acts under the exemption list.

10 14. The Special Economic Zones Act 2005. 15. The Cantonments Act 2006. 16. The Works of Defence Act 1903. The Right to Fair Compensation And Transparency In (Second Amendment) Bill 2015. Highlights of the Bill 1. The Bill amends the Principal Act passed in 2013 . 2. The Bill enables the government to exempt five categories of projects from the requirements of (i) Social impact assessment (ii) Restrictions on ACQUISITION of multi cropped land (iii) Consent for private projects and public private partnership(PPP's) projects. 3. The five categories of projects are(i) Defence (ii) Rural infrastructure(iii) Affordable housing (iv) Industrial Corridor (v) Infrastructure including PPP's where government owns the land . 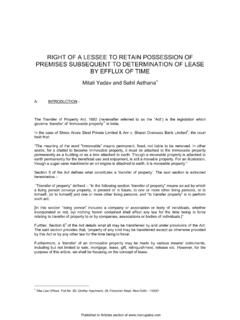 Rights of a Lessee to retain possession of premises ...

right of a lessee to retain possession of premises subsequent to determination of lease by efflux of time mitali yadav and sahil asthana a. introduction – 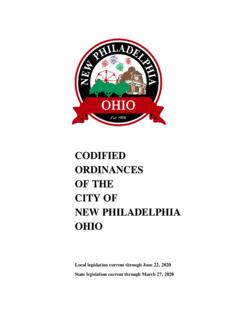 CODIFIED ORDINANCES OF THE CITY OF NEW …

codified ordinances of the city of new philadelphia ohio complete to june 9, 2017 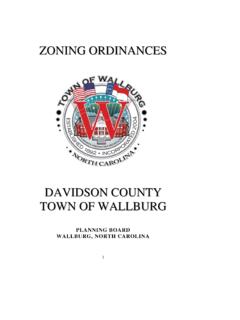 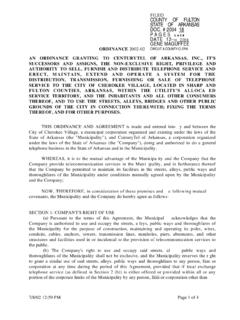 7/8/02 12:59 PM Page 3 of 4 SECTION 5: CONDITIONS ON USE AND OCCUPANCY None of the Company's structures or facilities shall at any time interfere with the use, 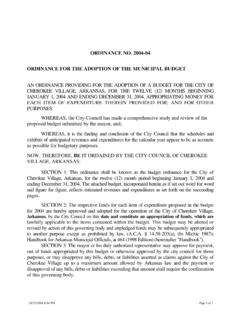 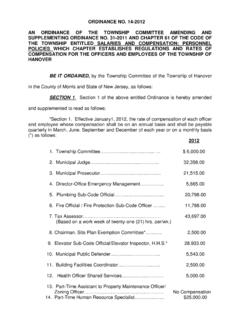 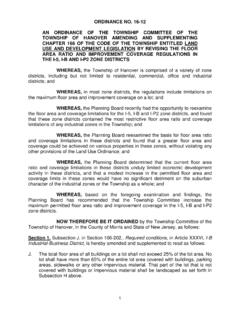