1 Land Redistribution in South Africa Commissioned report for High Level Panel on the assessment of key legislation and the acceleration of fundamental change, an initiative of the Parliament of South Africa

3 73. 11. Budget review .. 76. 12. Gaps in 81. Is land Redistribution reducing poverty and inequality?.. 81. How equitable or inequitable is the distribution of budget?.. 81. How equitable or inequitable is the Redistribution of land ? .. 82. How many long-term leases are in place on state-acquired farms? .. 83. Other .. 83. 13 Conclusion .. 84. List of tables and figures Acronyms 3. Executive Summary 1. land Redistribution is a constitutionally mandated function of government. 2. Thus far, constitutional powers of expropriation have not been used in pursuit of land Redistribution ; instead a policy choice has been made to follow a willing buyer, willing seller'. approach based on voluntary sales. 3. land Redistribution has proceeded at a slow and uneven pace over the past 22 years, with fluctuations both in budgets and the scale of land being acquired and redistributed. 4. Budgets for land reform have generally been around 1% of the national budget, and have fallen from a peak of in 2007/08 to in the current financial year.

4 5. There are substantial differences in land Redistribution across provinces: in how much land has been acquired, how much budget spent, and the number of people benefitting. 6. Policy changes since the 1990s have changed the design and delivery of land Redistribution in several significant ways: The removal of a means test to target only poor households;. The shift away from a primary focus on settlement towards agricultural production;. The shift to an exclusively rural focus;. The introduction of state land purchase and leasehold in place of land subsidies for beneficiaries to purchase land and own it themselves;. The introduction of joint ventures with commercial strategic partners. 7. The removal of the means test combined with an end to land purchase subsidies (grants). means that there is no longer any system to ration public resources. 8. Since the advent of PLAS, one of the very few ways that the beneficiaries can receive production support from the state is through the Recapitalization and Development Programme (RECAP).

5 However, in order to qualify for RECAP support, beneficiaries have to have a business plan, and either a mentor or a strategic partner. 4. 9. A combination of factors, including limited staff capacity, weak staff management, and expanding mandates for which the DRDLR is not currently equipped, hamper the provision of settlement and production support to beneficiaries. 10. No national monitoring and evaluation system is available to determine the extent to which farms acquired by the state for Redistribution have (a) been allocated to beneficiaries, (b). been confirmed through the allocation of long-term leases or (c) are being beneficially used to improve the livelihoods of the recipients. 11. It is not possible from data in the public domain to determine the extent to which land Redistribution is (a) targeting poor households or (b) contributing to poverty reduction. 12. The latest Redistribution strategy (PLAS), which does not allow for transfer of land ownership to beneficiaries, and in the absence of long-term leases, leaves beneficiaries' land tenure rights insecure.

6 Without clear and secure land tenure rights land Redistribution beneficiaries struggle to get production support from state departments. 13. Questions need to be raised about the quality of the relationship between beneficiaries and mentors/strategic partners, particularly control over land , capital and production. In particular, what voice do the beneficiaries have in these situations, and if the relationship is unequal, what processes are in place to deal with that? 14. Budget allocations for land Redistribution have declined sharply since 2008/09 in both nominal and real terms. This means less money for land Redistribution . 15. Available money to buy land has declined even faster than the budget decline, as several other policies and programmes of the Department are now being funded out of the land reform budget. land acquisition now constitutes a small share of the land reform capital budget. 16. land Redistribution is clearly moving in contradictory directions.

7 On the one hand, government is entering into costly ventures to acquire high-value land and conclude deals with strategic partners to run commercial farms and associated processing facilities, in the names of farm workers whose beneficiary trusts are invisible to public scrutiny and further paid out substantial funds in Recap funding under the control of the same strategic partners. On the other hand, government is proceeding to pay out modest amounts to give households one hectare each, or shareholding in commercial farms, in two policies that have not been formally endorsed but are being implemented with public funds. None of these models have been adequately assessed. Government has not made public the relevant information with which to assess these. 5. 1. Introduction Objectives of land redistribution1. Following centuries of colonial rule and decades of apartheid rule, democratic South Africa set out to redistribute rights in land as a way to remedy past racial injustice and lay the basis for more equitable development.

8 land is the most basic need for rural dwellers. Apartheid policies pushed millions of black South Africans into overcrowded and impoverished reserves, homelands and townships. In addition, capital intensive agricultural policies led to the large-scale eviction of farm dwellers from their land and homes Only a tiny minority of black people can afford land on the free market.' 2. In pursuit of social justice, land reform would seek to undo more than racial discrimination: it would be pro-poor and would promote gender equality and, by changing production and investment patterns, start to transform dualism in agriculture by blurring the lines between the commercial and communal areas of the country. In 1994, the election manifesto of the African National Congress declared that: A national land reform programme is the central and driving force of a programme of rural development This programme must be demand- driven and must aim to supply residential and productive land to the poorest section of the rural population and aspirant farmers.

9 As part of a comprehensive rural development policy, it must raise rural incomes and productivity, and must encourage the use of land for agricultural, other productive or residential purposes.' 3. Redistribution was a provision to foster improved livelihoods and quality of life for previously disadvantaged individuals and communities through their acquiring commercial farm land . The particular mechanism for acquisition was to be market-assisted', by virtue of negotiating with existing owners, subsidised' by provision of state grants to beneficiaries, demand-led' in that applicants rather than the state would initiate projects, and community-based' in that groups would pool their efforts and resources to obtain farms collectively. In the 1990s the targeted groups were defined as the landless, labour tenants and farm workers, women and the rural poor', as well as emerging farmers', all of whom were subject to a means test to show their need and thereby qualify as eligible.

10 Although this formula corresponded to what had elsewhere such as in Zimbabwe in the 1980s . been termed a willing-buyer-willing-seller' approach it differed from others in that beneficiaries, rather than the state, were to be the willing buyers' and became the owners of the redistributed land . The owners were under no compulsion to sell. Transfers did not until the late 2000s involve the prior acquisition of land by the state for subsequent 6. resettlement. Instead the state role was limited to screening applicants, approving and supplying grants to them, subsidising the land transfer and planning land use. These functions were mainly discharged through the Department of land Affairs (DLA), which was not equipped to provide post-settlement support such as extension advice and credit. In the 1990s this programme was designated the Settlement and land Acquisition Grant (SLAG). Its operations were suspended between 1999 and 2001, pending a policy review, and was phased out from 2001 in favour of the land Reform for Agricultural Development (LRAD).

4 | P a g e 3 Introduction This report assessing the finances of Eskom, focuses on the financial performance and the main factors affecting that performance of the group as whole (i.e., not individual 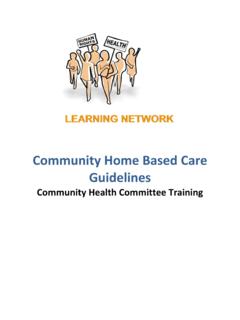 Iasc Guidelines on Mental Health and reflect the insights ...

ISAC Guidelines: Version mech 5.0 06/14/07 Page No. iv Proofread by: Approved by: iv iasc Guidelines on Mental Health and Psychosocial support in Emergency settings v The Task Force is grateful for comments on earlier versions of the matrix and/or 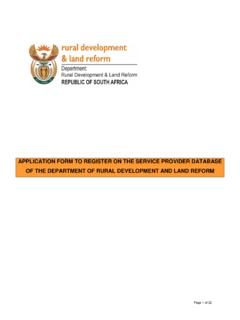 APPLICATION FORM TO REGISTER ON THE SERVICE …