2 The turn signal switch has been detached from the column housing and has been moved up and out of the way but the wiring is still routed through the column. All of these operations were described in detail in disassembly &. repair Paper #1. There are several reasons why you would want to drop or remove your steering column from your vehicle. First, in order to remove the turn signal switch completely from the T&T column, it is far easier to snake the wires out of the column with the steering column removed from the car. Second, in order to work on the ignition switch or the dimmer switch you will find that they are totally inaccessible unless you drop the column. Third, for other major work on the column, it is far easier to do it on a bench rather than in the car.

3 This paper makes reference to two pages of line drawings. They are entitled Corvette C3. Tilt & telescoping steering Column disassembly Instruction Pics #1 & #3. Also there are two schematic drawings: T&T steering Column 69-76 Blowup Pic and Tilt steering Column w/Key Release & Dimmer (similar to 77-82) Blowup Pic. Most steering column and installation parts will be called out with a reference numbers and letters from these drawings. The drawings are all available from the author or from the host websight. Types of C3 steering columns Addressed in this Paper This paper addresses the 1969 through 1982, second generation, energy absorbing, function locking, C3 tilt & telescoping steering columns . It does not cover the 1968 C3, first generation, energy absorbing, telescoping only column.

6 This later design does not require a back drive cable. This key release column requires that you install the ignition switch and lock cylinder differently than the older steering columns . 2. instructions for Dropping and Removing the Column First of all, NEVER just remove the two vertical screws that hold the steering column up into the dash and let the column hang by the attachments at the flexible coupling and the two fasteners coming through the dash panel. Letting the column hang in that manner puts very high loads on the steering column lower bearing and can cause it to fail. Second of all, disconnect the battery before working on the steering column. If your C3 has a steering column back drive system (all 1969 through 1976 models), you will need to open the hood and look directly under the brake booster.

8 Next, remove the two nuts (G) and lockwashers (H) that connect the flexible coupling to the steering column flange (F). Go back inside the car and remove the plastic closeout panel from under the steering column. Remove the crossover bar and the air conditioning duct that passes under the steering column. Remove the two nuts (R) that attach the steering column to the outside lower column plate. Now go back under the hood and pull the plate away from the dash. You will also find that there are two washers (P) sandwiched between the plate and the dash panel. Now, go back inside and unfasten the two vertical screws (K) and washers (L) that hold the column up into the dash. Make sure on 1976 and earlier columns that you have the back drive lever all the way in the Up position and that it is aligned with the cutout in the front of dash.

9 Now pull the column straight back, disconnecting the column flange from the two flexible coupling bolts. (You may need an assistant out under the hood to help disengage the parts.) Pull back and rotate the steering column so that it will drop and rest on your front seat. You can now disconnect the two body harness electrical connectors from the column ignition switch. There are three plastic tabs that need to be depressed in order to disengage them from the switch. Disconnect the turn signal harmonica electrical connector from the vehicle wiring. Disconnect the electrical connector(s) from the dimmer switch and the cruise control wires (if so equipped). The steering column can now be removed from the car. 3. CAUTION: There is a locking rod (approximately 4 inches long x inch dia) down inside the upper steering shaft.

10 Without the star screw in place, the rod can just fall out as the column is removed from the car. The rod can go unnoticed and you won't know why your telescoping feature will no longer lock when you reassemble the column. Removing the Turn Signal Switch Description #2. I have a T&T column and I have found it much easier to remove the turn signal switch when the steering column is out of the car. This allows much easier access to the switch wiring and being able to fish the harmonica electrical connector up through the column. Begin by wrapping the edge of the plastic turn signal switch connector and the wires that lead back into the column with tape to keep them in a line. This will help prevent the connector from cocking and snagging as you pull the turn signal switch wires up through the column. 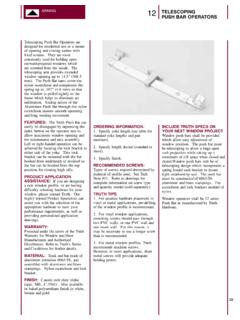 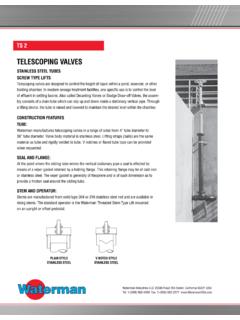 GENERAL Telescoping valves are used primarily for sludge removal, or liquid level control, and are considered to be fully open when in the low- 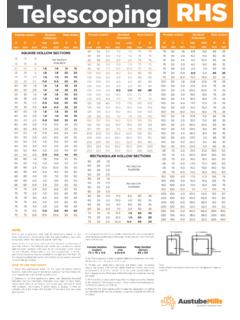 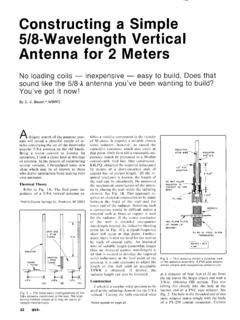 the radiator to the adapter using a good adhesive. If epoxy is used, it would be ad- visable to roughen the inner surfaces of the plastic adapter to provide some

Put the load on us. - Floor Jacks, Adjustable …

TIG BA AC POT.6.igerrandackost.com Tiger Brand ack Post the best, made better still. The performance of our products are superior in every respect; they are not simply manufactured, but engineered in the most sophisticated design,

Load, Put the load on us 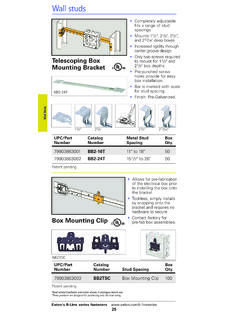 Wall studs 26 Wall Studs Read safety/installation instruction sheets in packages before use. These products are designed for positioning only. No load rating.