2 A chronic compression Syndrome of the Axillary nerve is a frequent observation in throwing athletes, and may also result from dislocations, blunt trauma, or My clinical experience has shown that most physical problems of this type appear on a continuum, and as clinicians we see many cases that are of a more of a functional than a pathological nature. The problems begin as functional ones, which if untreated progress to pathological problems that may require the intervention of orthopedic surgeons. Using a conservative approach to therapy, we can intervene in less severe cases involving neruapraxia, or axontemesis.

3 I will discuss the diagnosis and treatment protocol that I have used with success on a series of 12 patients in my office presenting with shoulder pain and and MethodsAnatomy:The Lateral Axillary Hiatus (quadrangular space) is created by the relationship of three muscle bellies and the humerus. The Axillary nerve enters this space and can be damaged or compressed. The Lateral Axillary Hiatus is limited proximally by the lower margin of the teres minor muscle, distally by the upper margin of the teres major muscle, laterally by the humerus and medially by the long head of the triceps muscle.

4 The Axillary nerve and the posterior circumflex artery pass through this abduction, the Lateral Axillary Hiatus decreases in size as the teres major and minor as well as the long head of the triceps approach one Axillary Hiatus Syndrome also known as Quadrangular or Quadrilateral Space SyndromeHans boehnke , DIBAKD iagnosis of the Lateral Axillary Hiatus syndromeSymptoms and signs frequently present: Shoulder pain that is poorly localized3 Symptoms are often vague consisting of a dull ache in the shoulder with progressive use2 Pain on abduction and external rotation3 Paresthesias and hypesthesias around the shoulder and upper arm3 Deltoid atrophy and contour changes around the shoulder3 Compensatory activity of the supraspinatus muscle in conjunction with the long head of the biceps helps diminish the functional disability found with deltoid atrophy3 Chronic compression of the

5 Axillary nerve typically presents with tenderness in the posterior shoulder area in the quadrangular space which is exacerbated by placing the arm in the throwing position and resisting internal rotation2 Compression has been demonstrated of the Axillary nerve and posterior circumflex humeral artery in the quadrilateral space documented by arteriorgraphy or angis-MR imaging with dynamic Deltoid weakness which can be evidenced by shoulder elevation by the trapezius and slight abduction by the supraspinatus4 Palpation of scar tissue and or adhesions in the Lateral Axillary : Fractures of the humerus and scapula3 Shoulder dislocation3 Abduction of the arm while sleeping3 Muscle and or tendon strains of the long head of the triceps and or the teres minor or major resulting in scar tissue with adhesions.

6 This can result from many different activities from excessive weight training involving activity with the arm elevated overhead, to falling on an outstretched arm without dislocation or some work positions using the arms : Deltoid muscle either in the clear or when tested above 90 or in a position as if throwing a ball. Weakness of the deltoid if tested at 90 of abduction while digital pressure is applied to the Lateral Axillary Hiatus . Weakness of the deltoid muscle in some cases if tested while the long head of the triceps is in a maximum contraction.

9 The patient reported improved shoulder #2 male. The left deltoid tested weak in the position he usually assumed when sleeping, with the humerus abducted at approximately 110 and the elbow bent. The left deltoid tested weak if tested with the humerus at 90 of abduction if digital pressure was applied to the Lateral Axillary Hiatus . A myofascial release was done to the teres minor, teres major and long head of the triceps. As in the case above I also used post isometric relaxation and proprioceptive neruromuscular facilitation to improve the result.

10 After the treatment, the left deltoid no longer tested weak with the humerus abducted to approximately 110 . Pressure over the Lateral Axillary Hiatus with the humerus elevated to 90 of abduction no longer cause the left deltoid to test weak. The patient reported improvement in shoulder #3 female. She presented with right shoulder pain. Her right. deltoid tested weak if the right humerus was abducted above 120 . Her right deltoid also tested weak if tested with her right humerus abducted to 90 position with digital pressure on the Lateral Axillary Hiatus .

Dorsal Scapular Nerve Syndrome 107 Hans Boehnke, D.C. DIBAK Treatments that I have found effective in this syndrome are as follows: • A manual muscle test is done to the scalene muscle involved and it is usually found to test strong. 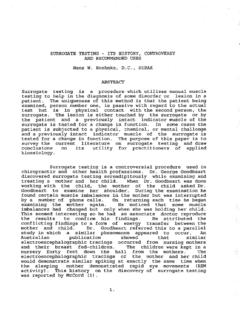 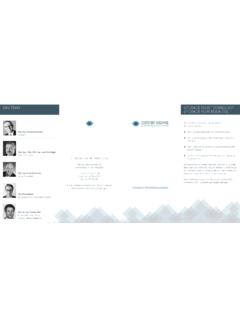 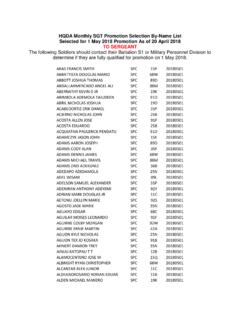