3 Number of Pages 65. DISCLAIMER. THE OPINIONS AND CONCLUSIONS EXPRESSED HEREIN ARE THOSE OF. THE INDIVIDUAL STUDENT AUTHOR AND DO NOT NECESSARILY REPRESENT. THE VIEWS OF EITHER THE MARINE CORPS COMMAND AND STAFF COLLEGE. OR ANY OTHER GOVERNMENTAL AGENCY. REFERENCES TO THIS STUDY. SHOULD INCLUDE THE FOREGOING STATEMENT. QUOTATION FROM, ABSTRACTION FROM, OR REPRODUCTION OF ALL OR. ANY PART OF THIS DOCUMENT IS PERMITTED PROVIDED PROPER. ACKNOWLEDGEMENT IS MADE. ii EXECUTIVE SUMMARY. Title: leadership : The Personality Factor Author: Jane M. Moraski, Lieutenant Commander, United States Navy Thesis: Individuals with certain Personality traits and specific Personality types (based on the Myers-Briggs Type Indicator) have a greater potential of becoming high-ranking military leaders.

5 Individuals with certain Personality traits and specific Personality types have a greater potential of becoming high-ranking military leaders. General Douglas MacArthur and Admiral Chester Nimitz, two successful military leaders, had distinctly different personalities. MacArthur (ENTJ) and Nimitz (ESTJ) fall into one of the Four Corner Myers-Briggs Personality types, as well as the Keirsey-Bates Temperament categories NT and SJ. The exceptional mix of leadership style, Personality traits, and adaptability made both men successful. The unique blend of traits of a leader's Personality creates his or her leadership style and determines the quality of their leadership ability.

6 Individuals with certain Personality traits including integrity and honesty, vision, personal courage, good judgment, compassion, intelligence and knowledge, self-confidence, perseverance, enthusiasm, and initiative are more likely to become effective leaders. Four Personality types are more likely to become effective leaders. ISTJ, ESTJ, ENTJ, and INTJ account for roughly 78 percent of middle grade to flag rank officers in the United States military. All of these Personality types include thinking and judging (TJ). These four types, however, make up only 30 percent of the general population. Ninety-five percent of senior military leaders are thinkers, leaving only five percent as compassionate feelers.

7 Conclusion: There are common threads between Personality traits and types and successful military leaders. People who balance the eight Personality preferences and adapt to different situations with the appropriate function at precisely the right time are effective. Effective leaders in combat who are able to balance the mission with their people will be successful. The challenge of leadership is to know yourself, know your people, know your enemy and balance the right Personality traits and preferences in the right situation at the right time. If this is accomplished, the odds of success increase. iii Table of Contents Page MMS Cover i ii EXECUTIVE SUMMARY .. iii LIST OF TABLES. 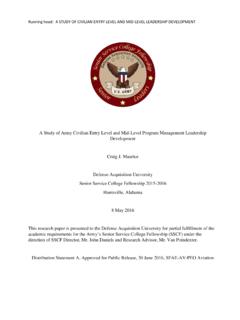 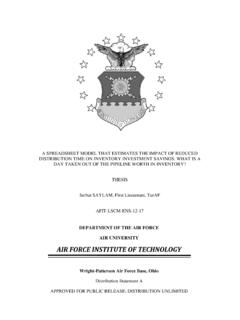 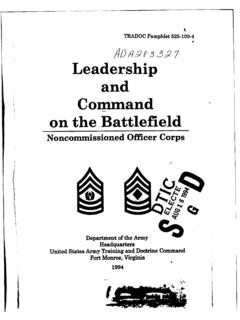 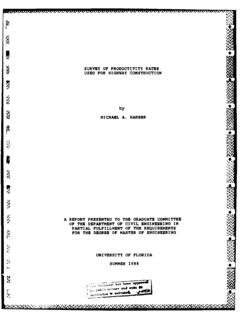 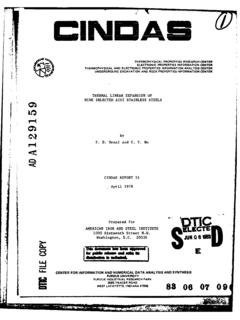 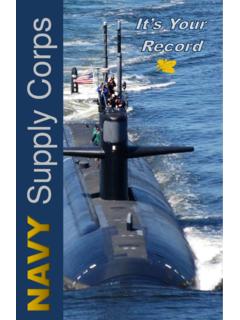 4 Chain of Command’s role in Recruiting. CO – The CO has the overall responsibility for the Command. The primary mission of the CO is to ensure the Navy Recruiting ...

To Service members: The Nutrition Resource Guide was developed to provide a compiled list and location of available nutrition resources to Navy members and their 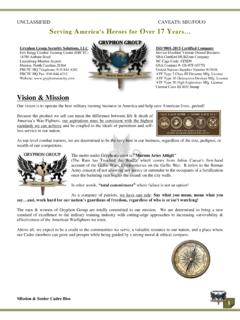 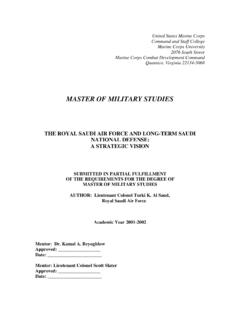