2 Include only if reasonably certain of exercise. 2. Lessees use the amounts they expect to pay. Lessors include any guarantee. 3. Include unless reasonably certain not to be exercised. 2 Leases | A summary of ifrs 16 and its effects | May 2016 . Overview of ifrs 16 Leases Lessees will have a single accounting model for all Leases , two exemptions ( low-value assets' and short-term Leases ). Lessor accounting is substantially unchanged Additional disclosure requirements Lessee accounting Recognition and measurement Initial recognition Measure right of use (ROU) asset1 and lease liability at and measurement present value of lease payments ROU Depreciate ROU asset based on IAS 16, or use alternative measurement basis under IAS 16.

4 Initial measurement of the ROU asset would also include the lessee's initial direct costs; prepayments made to the lessor, less any lease incentives received from the lessor; and restoration, removal and dismantling costs. 2. As long as a reassessment and a change in the discount rate have not occurred. 3. Earnings before Interest, tax, depreciation and amortisation. Leases | A summary of ifrs 16 and its effects | May 2016 3. Background The International Accounting Standards Board (IASB or Board). issued ifrs 16 Leases ( ifrs 16 or the new standard), which requires lessees to recognise assets and liabilities for most Leases .

5 For lessors, there is little change to the existing accounting in IAS 17 Leases . The IASB issued its standard as part of a joint project with the Financial Accounting Standards Board (FASB). The FASB has not The new standard will significantly yet issued its new standard, but it is also expected to require lessees change the accounting for lessees'. to recognise most Leases on their Leases and may have far-reaching balance sheets. However, the IASB. and FASB made different decisions implications for a company's during deliberations, and differences finances and operations.

6 Between the two standards will exist ( , there would be a classification test for lessees under the FASB's standard). The new standard will be effective for annual periods beginning on or after 1 January 2019. Early application is permitted, provided the new revenue standard, ifrs 15 Revenue from Contracts with Customers has been applied, or is applied at the same date as ifrs 16. 4 Leases | A summary of ifrs 16 and its effects | May 2016 . ifrs 16 requires lessees to recognise most Leases on their balance sheets, regardless of the industry that the entity operates in.

7 Leases | A summary of ifrs 16 and its effects | May 2016 5. What you need to know ifrs 16 requires lessees to recognise most Leases on their balance sheets. The new standard is a significant change in approach from current ifrs and will affect many entities across various industries.. Lessees will have a single accounting model for all Leases , with two exemptions (low value assets and short term Leases ).. Lessor accounting is substantially unchanged. There will be additional disclosure requirements. The new standard will be effective from 1 January 2019.

8 With limited early application permitted. What is in the scope or affected by the standard? Leases of all assets, except for: Leases of non-regenerative resources Leases of biological assets Service concession arrangements Licences of intellectual property granted by lessor Rights held by a lessee under certain licensing agreements ( films). 6 Leases | A summary of ifrs 16 and its effects | May 2016 . Impact of the adoption of ifrs 16. Industry impact The following diagram illustrates the potential impact of the adoption of ifrs 16 on specific industries: High Retail and consumer products Telecommunications Level of impact on industry Mining & Metals Oil and Gas Banking Construction &.

9 Engineering Insurance Low High Effort to comply Leases | A summary of ifrs 16 and its effects | May 2016 7. Entities most likely to be affected by the changes The effects of ifrs 16 will need to be assessed on the facts and circumstances relevant to each entity. This will further be impacted by the different capital structures that entities have adopted, for example an entity that typically rents office space, which is being accounted for as an operating lease , will be more significantly impacted than an entity that has purchased office space.

10 It is expected that certain industries will be more significantly impacted than others. Some of the types of contracts that entities would need to consider include: Retail and consumer product entities are expected to be most significantly impacted by the changes in the new lease requirements. This is especially the case where leased retail space forms a significant part of the entity's business model. In addition, manufacturing entities will need to consider all the major contracts that they have entered into, such as the rental of manufacturing plants and equipment, distribution centres as well as fleet arrangements that form part of their distribution networks.

Leases | A summary of IFRS 16 and its effects | May 2016 3 L essee accountin Reco nition and measurement 1. Initial measurement of the ROU asset would also include the lessee’s initial direct costs; prepayments made to the lessor, less any lease incentives received from the lessor; and restoration, removal and 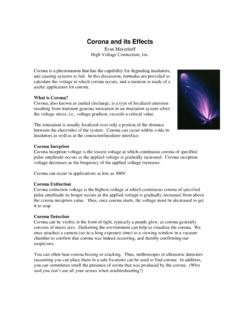 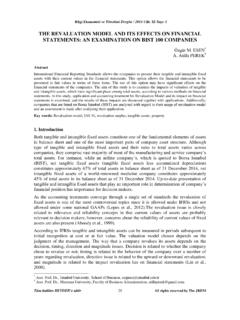 THE REVALUATION MODEL AND ITS EFFECTS ON … 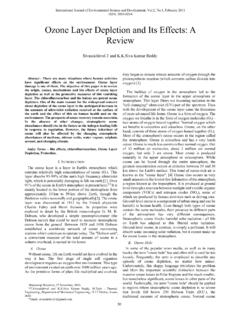 Ozone Layer Depletion and Its Effects: A Review

International Journal of Environmental Science and Development, Vol.2, No.1, February 2011 ISSN: 2010-0264 30 Abstract - There are many situations where human activities have significant effects on the environment. Damaging Effects of Roundup (and its active …

Effect, Damaging effects of roundup, Damaging, Roundup, And its 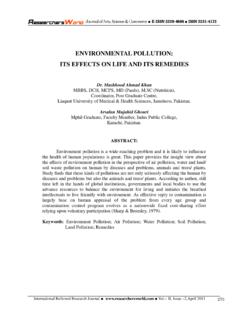 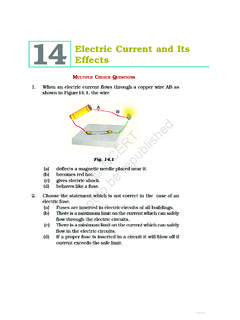